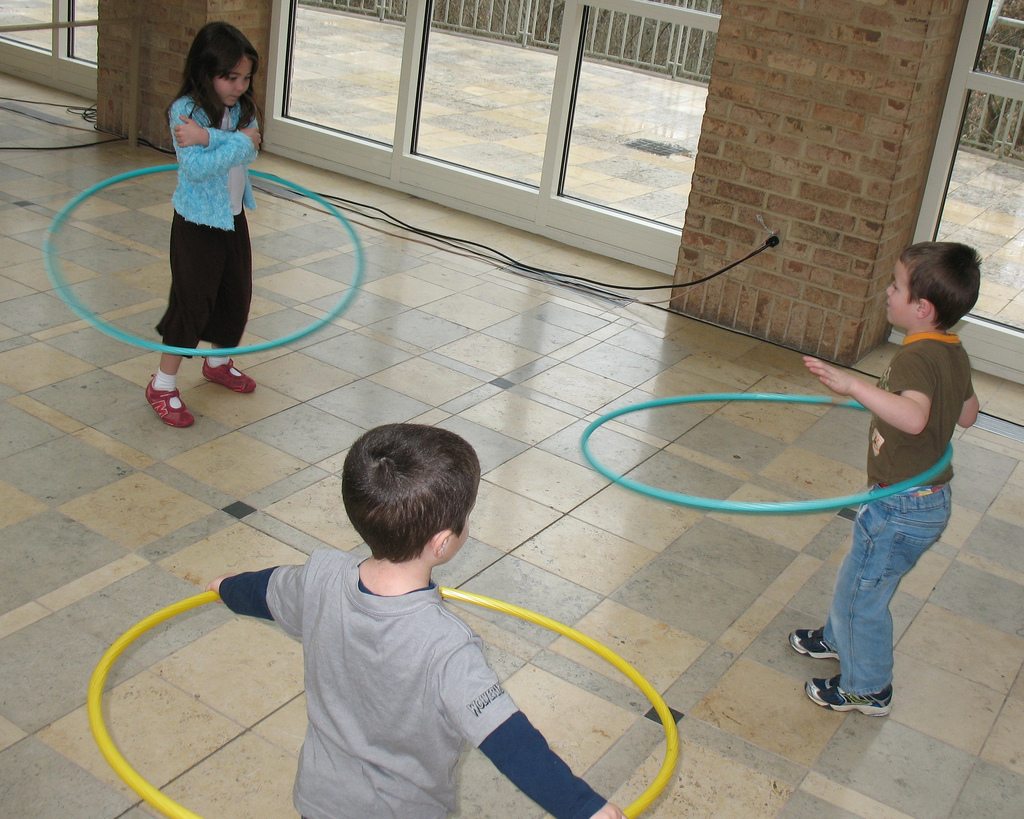 Militant school children across the UK threw down their colouring pads and pens and stormed out of classrooms today in a disagreement over exams.

In a wave of industrial action that shocked dinner ladies and teaching assistants alike, the battle-ready bambinos took to the picket lines in protest over the forced SAT testing of six and seven-year-olds.

Armed with packed lunches, play equipment and plasticine, the only thing missing from the tots’ weaponry were effigies of Nicky Morgan. With near-anarchy in sandpits across the country, we came close to witnessing full-on insurrections outside hundreds of primary schools.

Revolutionary children recreating the storming of the Bastille, there. Be afraid, Nicky Morgan.

Enjoy the PE while you can. If the Conservatives have their way that will be exam-based as well.

This abstract work represents the thought processes of the Department for Education.

Chaos. Utter chaos. We hope they’re going to clean that up.

Creative protest from the children at Endcliffe Park.

In other news, from The Telegraph…

Oddly, the Department for Education and Ms Morgan’s Twitter feeds were silent about the ‘Kids Strike’ today. In a statement at the Head Teachers Association conference at the weekend, Morgan said:

Keeping children home, even for a day, is harmful to their education and I think it undermines how hard you as heads are working.

I think her message probably fell on deaf ears there as she was repeatedly heckled about her plans for academisation of all schools.

Behind the obvious fun and learning today, there was a serious message

In a statement, the “Let Our Kids Be Kids” campaign said today’s action was launched:

by a group of Year 2 parents who have had enough… enough of endless testing, enough of teachers not being trusted to teach, enough of an Ofsted driven, dull, dry curriculum aimed solely at passing SATs.

Their message is simple: a six or seven-year-old should not have to be put through the rigour, stress and formality of exams at such a young age.

This was backed up by a motion from the National Association of Headteachers, whose general secretary Russell Hobby said:

We must ditch statutory assessment altogether at key stage one in our schools. We cannot have two high stakes tests for young children.

The NUT is also considering whether to stage an all-out boycott of primary age testing next year, in a further blow to an already flailing education secretary and her department – with an accompanying petition gathering over 40,000 signatures.

As one Tweeter eloquently put it:

Trying to think of a sector that the government haven't managed to piss off yet. Ah yes, banking. #KidsStrike3rdMay #JuniorDoctorsStrike

This government is creating chaos and confusion in primary assessment in schools.

Many may say that this government is creating chaos and confusion right across the country.

Either way, action like today’s puts even more pressure on the Conservative administration.