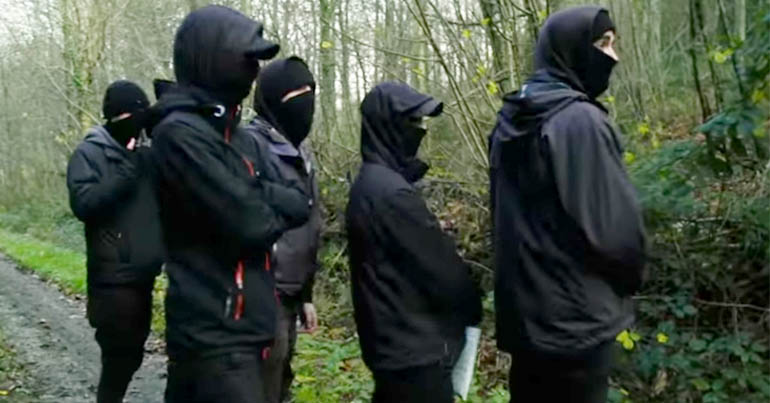 Since it began in February 2019, Wild Justice has been challenging the shooting industry through legal action. Wildlife experts Ruth Tingay, Mark Avery and Chris Packham run the group. Its first campaign in April was a success, changing the way Natural England issued shooting licences. Wild Justice is now running its second campaign. It’s seeking to challenge the government in court for not properly assessing the shooting industry’s annual release of 50 million pheasants and partridges into the countryside.

The public have been very supportive of Wild Justice. Unsurprisingly, though, fans of shooting haven’t been so welcoming. An unknown individual, for example, strung two dead crows from Packham’s gate after the April success. And on 25 July, the group posted examples of “abusive comments” it receives online from people that “self-identify as members of the shooting and/or fishing community”.

The blog post, Do not read if you are easily offended, laid out the replies to a photograph of Wild Justice’s three founders. The comments ranged from the absurd to the vindictive, including misogyny and body shaming. Wild Justice said the images showed just “the tip of a very large iceberg” of abuse that the three receive.

This is all directed at a group that’s only seeking to hold the government to account. By its own admission, Wild Justice doesn’t consider itself an animal rights group. Imagine, then, how bloodsports supporters react to people that actively disrupt their activities.

For many, masks have become synonymous with hunt saboteurs. This has been a point of major contention for pro-hunt lobby group Countryside Alliance (CA). In 2016, for example, it despaired that police were not using Section 60aa of the Criminal Justice Act regularly enough to make sabs remove masks. This is a piece of legislation that can only be used if the police believe there is a risk of “serious violence”. And the CA celebrated when laws were changed in April 2017 to make it easier for police to remove face coverings.

There are many reasons why sabs may choose to cover their face. But Wild Justice’s experience shows one of the most important: personal safety. The internet – and social media in particular – makes it easier than ever to dig up personal information. Google can make tracking down details such as phone numbers, places of work and home addresses very easy. There’s a long history of bad blood and confrontation between the hunting community and those that oppose them. And the violence that sabs have faced while in the fields is a matter of record.

Not all sabs cover their faces. But ‘masking up’ is a simple measure to prevent violence from continuing outside of the fields. On 18 January, Cheshire Hunt Saboteurs described its experience after some of its members chose to “stop wearing masks”:

our faces, names, locations and even pictures of our children and pets have been shared on social media, as well as lies about our conduct in and out of the hunting fields to incite violence towards us.

Meanwhile, a member of North Wales Hunt Saboteurs recently told NorthWalesLive that “a shotgun cartridge had been left by someone on his parked car” outside of a court building. And in 2015, the Hunt Saboteurs Association shared photos of a sab’s car in which someone dumped a dead fox. There are also Facebook groups dedicated to publicly ‘doxxing‘ sabs.

An article by Kevin Blowe, coordinator of the Network for Police Monitoring, provided numerous tactical and ethical reasons for activists to mask up. Many of these apply to sabs as well. But first and foremost, it’s essential that everyone is able to look out for the safety of themselves and those around them. The police are unlikely to be a good option to prevent hunt reprisals given their contentious relations with sab groups.

Wild Justice says the people sending abuse identify as shooting and fishing people. Sabs predominantly deal with the hunting community. But those communities are very tightly-knit. One example is Peter Glenser, chair of the British Association of Shooting and Conservation (BASC). He is also a QC and regularly defends hunters in court. They’re ultimately the same community, driven by a lust for blood and an entitled sense of outrage that anyone might want to stop their murderous pastimes.

Because it has a high-profile public presence, Wild Justice can expose the vile behaviour of the bloodsports community more widely than anti-hunting activists have often been able to. That’s great. But it’s even better to be able to prevent such actions from happening in the first place. Those doing this are already taking risks – but masks are an incredibly useful way of making sure those risks aren’t even greater.