The English countryside just got a lot more peaceful, thanks to one big decision - Canary 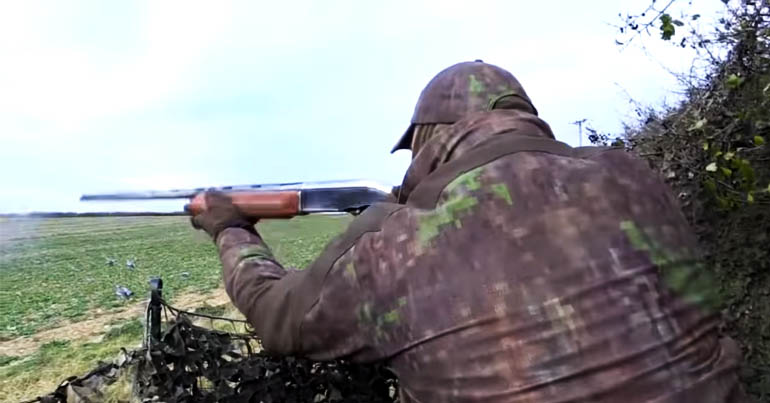 Natural England (NE) will no longer license free shooting of 16 ‘pest’ bird species in England. The move came after wildlife campaigners launched a legal challenge to the licensing system. While campaigners have welcomed the news, the timing has come under fire from all parties.

As of 25 April, NE has suspended general licences (GLs). These permits allow the holder to kill birds including woodpigeons, crows, magpies, and Canada geese. NE said the move was the “first stage of a planned review of general and class licences”. And it said it was the result of a legal challenge to GLs launched by campaign group Wild Justice. Wild Justice’s argument was essentially that NE was not taking proper steps when issuing GLs, making the process “unlawful”.

NE will still license killing during its planned review, but people will have to apply for species-specific licences.

Wild Justice set up a public fundraiser on 15 March to raise £36,000 for its legal bid. It hit that target in 10 days. Following this, news of the bid went quiet until 23 April when NE announced its decision “out of the blue“. The statement came as former Friends of the Earth director Tony Juniper took up his new role as chair of NE.

Wild Justice said “millions of birds” are killed annually under GLs and “many of these deaths will not be justified”. As a result, it was “delighted” to have succeeded in getting the system reviewed. Bodies representing farmers, gamekeepers, and sport shooters, though, were less enthusiastic.

There were just two days between NE’s announcement and the suspension of GLs coming into force. This sudden turnaround prompted a backlash from pro-shooting voices. Peter Glenser, chair of the British Association for Shooting and Conservation, said it was “utterly unacceptable”. And Countryside Alliance chief executive Tim Bonner described the timing as a “recipe for disaster”.

However, all parties appeared to disown the abrupt timing. Juniper said on Twitter that it was “not a choice” by NE but the result of Wild Justice’s legal challenge. Meanwhile, Wild Justice also recognised the unexpected disruption. It said the suspension would have financial implications for the public and give little time for farmers and landowners to adjust to the news.

But the group also pointed out that:

NE could have, and in our view should have, conceded the correctness of our legal arguments many weeks ago. … This is a mess of Natural England’s making – they have operated an unlawful licensing system and they have dillied and dallied over admitting it.

Disdain for the move by the shooting industry is based on the idea that pigeons, crows, and parakeets are ‘pest species’. A video shared on Twitter by farmer and shooter Peter Casey showed pigeons flocking around a field of crops. Casey presented this as evidence of “the damage that pigeons do”.

But as satirical Twitter account Bigly pointed out, GLs have done very little to control the population of woodpigeons. In fact, the British Trust for Ornithology said in 2010 that woodpigeon populations are likely to have grown because of arable farming. As Bigly said, the shooting industry’s concerns stem not from conservation but because “they have abused the [GL] for their own gain for years”. This abuse, Wild Justice argues, takes the form of the casual killing of birds, rather than killing as a last resort.

Wild Justice’s fundraising campaign was hugely popular and showed the public are horrified by England’s treatment of its wildlife. And the suspension of GLs is a promising sign for the young organisation.