Greta Thunberg has enraged Toby Young. The mud he slings at her can only land on himself. - Canary 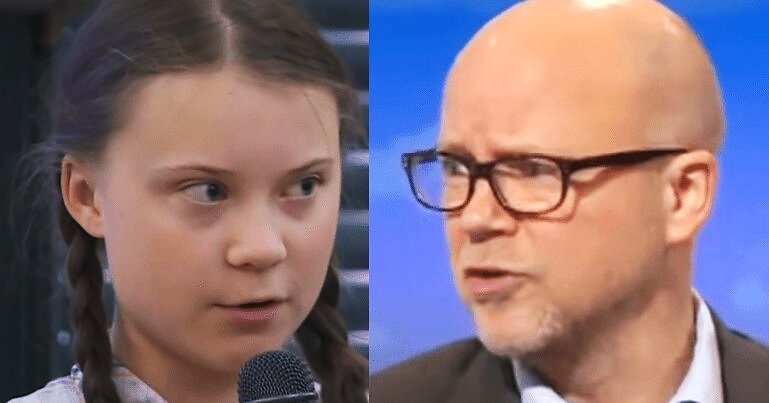 Climate activist Greta Thunberg appears to have enraged pro-establishment commentator Toby Young. But given she’s a 16-year-old who has already inspired a movement across 100 countries, the mud Young slings at her only reflects badly on himself.

Young first asked when someone’s going to ‘call Thunberg out’:

Just saw a clip of Greta Thunberg on the BBC News saying “since no one else is doing anything” it’s fallen to her and her generation to do something. But Western governments are doing something. Maybe not enough, but that’s a different point. When’s someone going to call her out?

Then the Mail Online contributor tweeted an article attacking her for having a mother who’s a singer:

In response, people were unforgiving:

I don't know if I admire Greta Thunberg more for her eloquent and erudite activism, or for causing pin-dicked shitheads like Toby Young to piss their pants in impotent rage that she's already achieved more in 16 years than they'll ever accomplish in their entire worthless lives.

I’ve known the rt hon @toadmeister since he was 19. I’ve also worked with him. The only constant has been his lack of self-awareness. Today, the son of Lord Young called out a determined eco-campaigner for being privileged. He has only become more himself with age. #twattery https://t.co/v1T9CJHscU

Besides, this crisis goes beyond individuals. In October 2018, the UN warned we have 12 years to limit the climate catastrophe. And this may downplay the problem; because if we hit climate tipping points, that could set off an unstoppable chain reaction.

“Using her for their political aims”

Can people please stop attacking *and* deifying Greta Thunberg. She’s a vulnerable 16yr old with Asperger’s who’s terrified her world is about to end. Don’t be cross with her, be bloody furious with the adults who’ve told her those lies and are using her for their political aims.

The takedowns were swift:

Anybody going to take a 16-year-old girl on on the actual science? Toby? Brendan? Julia? No? Ok you stick to her voice and her mum or maybe just shut the fuck up and leave the grownup stuff to the 16-year-olds.

Hey remember when tobacco, leaded petrol, & asbestos were all found to be perfectly harmless & the capitalists in charge of those industries were entirely vindicated of any wrongdoing? https://t.co/4YvNugSz76

Thunberg is right. Global governments are sleeping at the wheel on this monumental issue. In the UK, the current manifesto of the main opposition party – Labour – pledges to roll out local, publicly funded renewable energy firms across the country to rapidly decarbonise the economy. The party has also committed to “seeking a common framework to ensure that all our policies are stress tested against their environmental impact”.

It’s a matter of urgency that we support this, as well as the type of direct action young people, like the school strikers Thunberg inspired, are taking. The enraging of establishment figures like Young and Hartley-Brewer is simply a bonus.