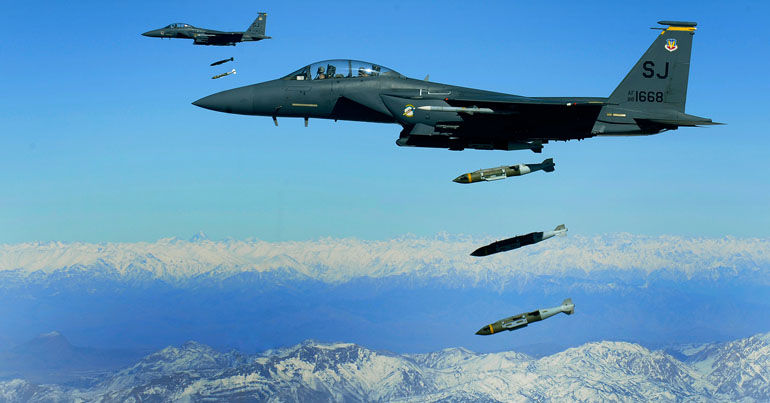 A UN report has revealed that US and allied troops killed 305 civilians in Afghanistan during the first quarter of 2019. This is significantly higher than the number killed by Taliban and Daesh (ISKP in Afghanistan) militants. And while the UN noted ‘concern’ about this, a US official claimed it as an “unintended consequence” of war.

On 24 April, the United Nations Assistance Mission in Afghanistan (UNAMA) published its quarterly report on civilian causalities. The numbers covered 1 January to 31 March and showed pro-government forces including the US were responsible for 305 deaths and 303 injuries. The report said that, by comparison, “anti-government elements” killed 227 people and injured a further 736.

This is the first time that international and local Afghan forces have killed more civilians than Islamist militants. It highlighted airstrikes carried out by the US on Kunduz, northern Afghanistan, on 23 March as a notably horrific incident. The US killed a total of 13 civilians, including 10 children, and injured another three. Khosh Mohammad Nasratyar, a member of Kunduz provincial council, said at the time that all of those killed were “displaced families who had fled the war” elsewhere in the region.

Rather than accept accountability for the news, a US official chalked it up to war-as-usual. Zalmay Khalilzad, a US reconciliation envoy to Afghanistan, said on Twitter he is “distressed” about the numbers in the report. But Khalilzad continued by claiming civilian casualties are “unintended consequences” of war. He also pushed responsibility onto the Taliban, saying it refused to engage in a ceasefire.

However, the US has escalated its air war in Afghanistan in recent years. Data from the Bureau of Investigative Journalism (TBIJ) shows a huge spike in strikes during recent years. It recorded 1071 strikes in 2016 and at least 2609 strikes the following year. In 2018, TBIJ recorded just under 2000 strikes, while in 2019 – up to and including April – the US has carried out 938 strikes.

Even though it allegedly withdrew from Afghanistan in 2014, it’s clear that the US never really went away. In fact, it appears to once again be stepping up attacks in the country. And that belies Khalilzad’s claim that the US stands with the “Afghan people [who] have had enough violence & want an end to the war”.

The war in Afghanistan is the longest in US history. Perhaps as a result of this, the escalated airstrikes are an attempt to push the Taliban into a ceasefire.

‘Anti-government elements’ are responsible for atrocious acts of mass killing. But the UN’s latest figures once again show that, to people on the ground, the US and its allies are little better.