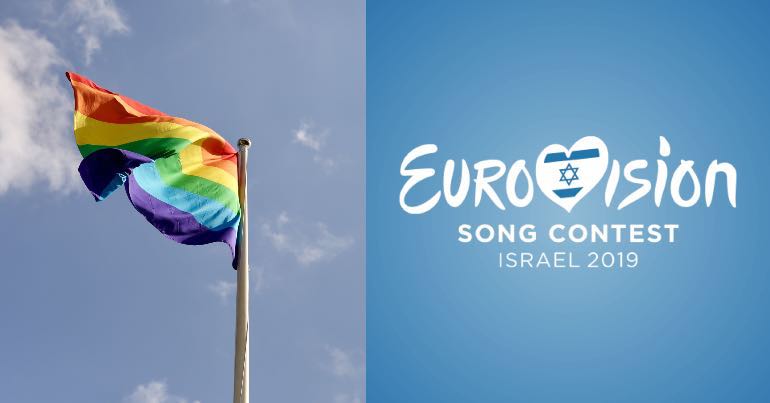 Irish LGBTQI+ activists have called on Ireland’s Eurovision entry Sarah McTernan to boycott the competition on 18 May. The activists published an open letter to McTernan and asked her “not to go to the Eurovision Song Contest” because of Israel’s human rights abuses. They posted the letter online after they didn’t receive a response from the singer.

Among the signers of the letter are two members of the Irish Senate.

They wrote to McTernan to explain their “deep concern” about Israel hosting Eurovision. Israel, they argued, is using the competition to ‘pinkwash’ its human rights abuses of the Palestinian people. They explain:

Pinkwashing is the cynical use of gay rights to distract from and normalize the settler colonial and apartheid reality that the State of Israel has established on the ground.

They maintain that Israel is doing this to:

make its record on gay rights trump its continued occupation and brutalization of the Palestinian people.

What’s more, they note that Israel is:

promoting Eurovision alongside Tel Aviv Pride in order to reap maximum benefits for Israel for an entire month of Pinkwashing.

They also further point to Israel’s “deeply sinister” policies of targeting LGBTQI+ Palestinians. Israel does this, they say, with:

the specific aim of blackmailing and extorting them into becoming informers against their communities.

should disgust and horrify anyone who cares about the welfare of LGBTQIA people.

Because of all of this, they argue that McTernan should listen to LGBTQI+ Palestinians who are calling for a boycott of Eurovision.

Palestinian activists have previously called for Madonna to cancel her scheduled performance at the competition.

The letter comes as activists have announced a substitute to the Israeli Eurovision called Globalvision. In a press release, it said it is “an alternative online broadcast”. It also argues that Israel is using the Eurovision competition to “cover up” its military occupation and repression of the Palestinian people. Instead, Globalvision is offering people a chance:

to enjoy a night of international entertainment whilst supporting the core principles of the right of all refugees to return, and human rights and dignity for all.

It will provide a “night of inclusion and diversity, celebrating Palestinian music and culture”. It will also involve:

music and messages from well-known international and Israeli artists, [and] the broadcast will go live to gigs in Dublin, Haifa, London and Bethlehem.