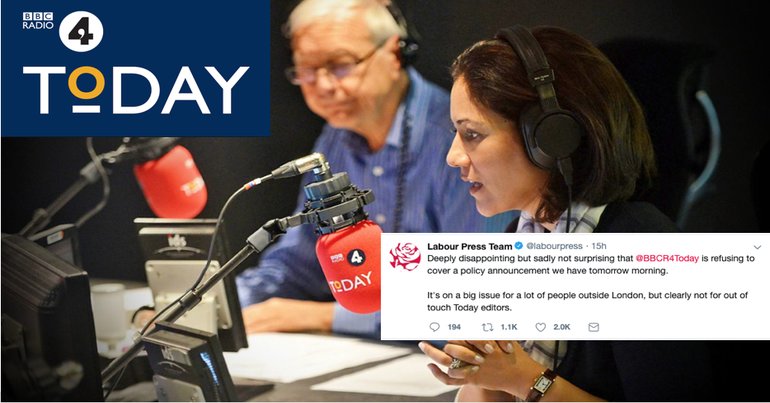 The BBC is in hot water after excluding the launch of a popular new Labour Party policy from discussion on the Today programme. In a rare public criticism, the Labour press team took to social media to criticise the BBC‘s decision to overlook the policy.

Deeply disappointing but sadly not surprising that @BBCR4Today is refusing to cover a policy announcement we have tomorrow morning.

It's on a big issue for a lot of people outside London, but clearly not for out of touch Today editors.

The Labour Party plans to reverse the bus service cuts made by Conservative-led governments since 2010. Analysis by the Campaign for Better Transport reveals that over 3,000 bus routes have been withdrawn, altered, or cut back in that time. Labour has promised £1.3bn of funding to re-establish these routes. This comes as part of a broader move by Labour to restore and expand Britain’s public transport networks.

Our high streets, our small businesses and our jobs depend on buses. They allow our towns and cities to flourish and connect people living in rural areas. But nine years of austerity have left buses in crisis, with the Conservatives cutting funding by £645 million a year in real terms since 2010.

For many people, buses are the only form of public transport they can afford or the only kind anywhere near their home or workplace.…

The announcement met with approval across the media. Even conservative and centrist commentators were positive about the policy news coming from the left:

Almost unnoticed in Westminster, Labour has been quietly pumping out decent policy announcements ahead of the local elections. Housing yesterday, buses today, more tomorrow.
And the Tories? Infighting… https://t.co/Gbqrb8w1Mc

This is surely a vote-winner: Cutbacks to thousands of much-missed bus routes will be reversed if Jeremy Corbyn’s Labour Party wins power. He’s unveiling new £1.3bn-a-year policy – which will be funded by Vehicle Excise Duty (VED) cash – on Thursday https://t.co/GECKqKpwSV

There was also lots of buzz about the policy on social media. The public and campaigners seem to be engaging with the proposed solution to the national bus crisis. 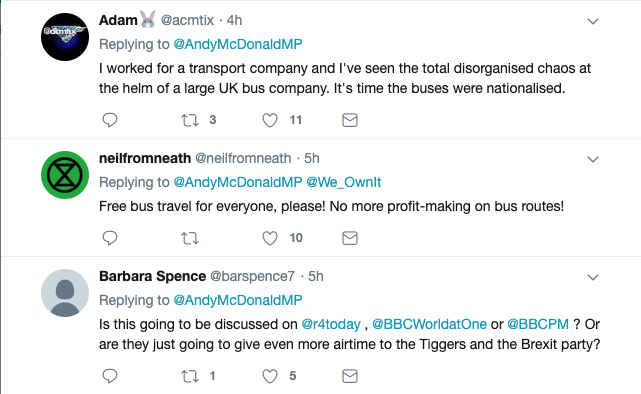 The mis-step by the Today programme appears at odds with other sections of the BBC. BBC News online featured the story in the politics section, and BBC News political editor Laura Kuenssberg tweeted that it was one of the day’s top stories to watch.

Buses are the most popular form of public transport, with more than twice as many people travelling by bus than by train. For many, they are the only available public transport. Yet bus services are ignored by much of the national media. This is because our media is London-centric and contains too few working class voices, so fails to appreciate how important and how poor bus services are across the country.

The Canary contacted the BBC to request a justification for the decision. The BBC press office replied:

The BBC has covered the story.

Those six short words seem a distinctly inadequate response. Millions of people around the country are battling an underfunded, austerity-ravaged transport system. But their London-focused public broadcaster is behaving like it couldn’t care less.