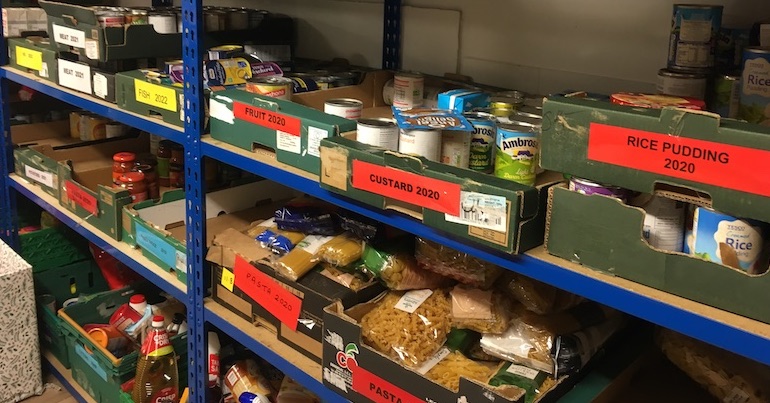 The latest figures from the Trussell Trust show that food-bank use in the UK has hit a record high. The charity also identified that Universal Credit – the Conservative Party’s flagship welfare policy – is one of the key reasons for this rise.

Figures released by the national food-bank charity revealed that it handed out 1,583,668 three-day emergency food packages from April 2018 to March 2019. The charity also reported that over half a million (577,618) of these went to children. It noted that this “is an 18.8% increase on the previous year”.

According to the Trussell Trust, over the past five years the number of food parcels handed out across the UK rose 73%.

Trussell Trust’s chief executive Emma Revie called on “the government to end the wait for Universal Credit” as “a priority”. She continued:

What we are seeing year-upon-year is more and more people struggling to eat because they simply cannot afford food. This is not right.

But these figures don’t show the full extent of food-bank use in the UK. Because in addition to the charity’s 1,200 food-bank centres, there are at least an additional 805 independent food banks across the UK. As the Trussell Trust noted:

Enough is enough. We know this situation can be fixed – that’s why we’re campaigning to create a future where no one needs a food bank. Our benefits system is supposed to protect us all from being swept into poverty. Universal Credit should be part of the solution but currently the five week wait is leaving many without enough money to cover the basics.

Ultimately, it’s unacceptable that anyone should have to use a food bank in the first place. No charity can replace the dignity of having financial security.