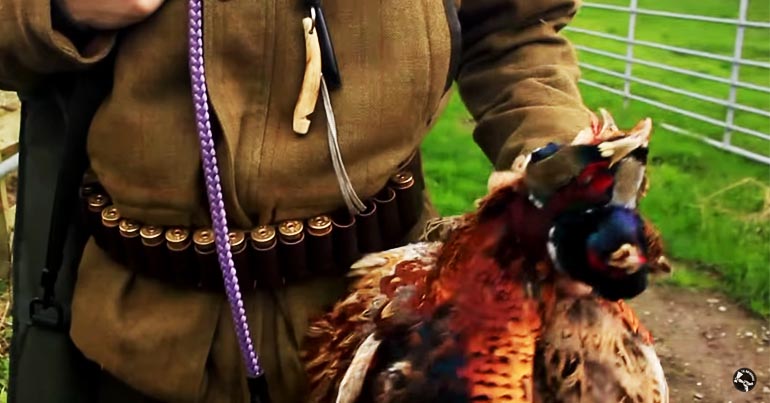 Wild Justice is launching a legal bid against the government over the release of more than 50 million game birds into the countryside every year. The group, which counts Chris Packham as a director, says the government “has failed to assess the impacts of this on UK wildlife”. And its fundraiser shows just how keen the public is to take action against the shooting industry.

Taking the government to court

Wild Justice was set up on 12 February to take cases to court in defence of Britain’s wildlife. Its first campaign forced Natural England to change its licensing system for shooting wild birds. Following that success, the group is now setting its sights on the game industry.

The fundraiser explains that the shooting industry releases “43 million pheasants and nine million red-legged partridges” every year. This figure has grown ten-fold “in recent decades”. However, the Department for Environment, Food and Rural Affairs (DEFRA) has failed to assess the ecological impact of such huge releases. As a result, Wild Justice is raising £44,500 to take DEFRA to court and “force Michael Gove to regulate gamebird shooting”.

And the public response to the legal bid has demonstrated just how strongly people feel about the issue. Within two hours, people had already donated £2,000. And 24 hours after launching the fundraiser, Wild Justice had raised more than £15,000 from over 600 supporters. A majority of these were donations of between £5 and £50.

The shooting industry is up in arms

Teresa Dent, chief executive of the Game and Wildlife Conservation Trust (GWCT), issued a fire-fighting response to the news. She said:

GWCT has carried out detailed research… [and] found that the releasing of lowland gamebirds can be done in a way that minimises or avoids negative effects on habitats and other wildlife, and maximises the potential of management practices associated with releasing to deliver broader biodiversity benefit.

Wild Justice provided its own rebuttal to Dent’s claims. It pointed out that “can be done” doesn’t mean any such action is actually happening.

Meanwhile, the British Association for Shooting and Conservation (BASC) described the bid as an “extremist attack on shooting”. It also claimed that “well-managed shooting is of benefit to the environment”. And Tim Bonner, of the Countryside Alliance, told the Times that the bid shows Wild Justice:

is simply an anti-shooting organisation. Its list of grievances is a cobbled-together selection of inflated and unproven claims.

In April, the Hunt Saboteurs Association (HSA) published research showing that pheasant shoots import nearly half of all their birds from Europe. Just a handful of companies are responsible for the imports, with Eurotunnel the only company carrying live pheasant chicks into the UK. And the other half are bred in “cruel” and “horrific” factory-farm conditions in the UK. The scale of killing has also led shooting companies to dump bodies into mass graves.

There’s nothing compassionate or ecologically-friendly about the industry. And its response to Wild Justice’s legal bid shows that it wants to keep the industry’s practices out of the spotlight. Shooting currently benefits from the same type of widespread public ignorance hunting did until recent years. But activists and campaigners have backed hunting into a corner. Wild Justice’s campaign is crucial to exposing the shooting industry’s lies in order to push it down the same path as hunting.