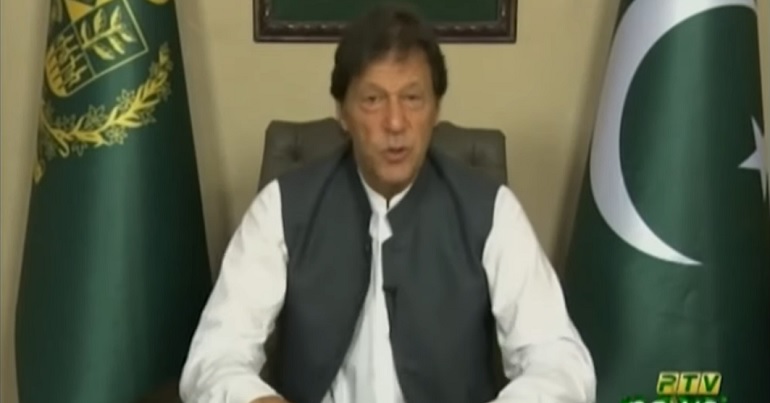 In an op-ed in the NY Times, Pakistani Prime Minister Imran Khan has addressed the situation in Kashmir. With India’s military crackdown in Kashmir still ongoing, Khan has made an appeal to world leaders, and India in particular, to open dialogue on the issue.

The bulk of the article points to a lack of engagement from Indian prime minister Narendra Modi. Khan also calls attention to Modi’s Hindu-supremacist ideology which was historically inspired by fascism, as well as Indian aggression in the recent Kashmir crisis.

Calling attention to Modi’s aggression against minorities is certainly an important undertaking. In the article, Khan says:

Mr. Modi’s first term as prime minister had been marked by lynching of Muslims, Christians and Dalits by extremist Hindu mobs.

But in doing so, Khan seems to have overlooked the treatment of minorities in his own country, under his own government. Whether it be Pashtuns, or Baloch, or religious minorities, Imran Khan’s promised ‘Naya’ (New) Pakistan remains as draconian as ever. So when it comes to the treatment of minorities, Khan has lost the moral high ground. He has only managed to deflect from his own government’s militant approach to tackling dissent because of good PR and diplomatic relations.

Moreover, Khan uses the language of religious solidarity in supporting Kashmir’s majority-Muslim population. But this solidarity would seem less disingenuous if it weren’t so noticeably absent for Uyghur Muslims facing persecution from the Chinese state.

Perhaps what’s most disconcerting about Khan’s words, however, is that underneath the appeals for dialogue there remains a looming threat. A threat not just of military aggression, but of the most catastrophic kind of destruction possible: nuclear warfare.

With the nuclear shadow hovering over South Asia, we realize that Pakistan and India have to move out of a zero-sum mind-set to begin dialogue on Kashmir, various strategic matters and trade. On Kashmir, the dialogue must include all stakeholders, especially the Kashmiris.

It is ironic that Khan begins by calling attention to “climate change, especially the threat of melting glaciers and scarcity of water for hundreds of millions of our citizens”, and in the next breath goes on to suggest that a nuclear confrontation with India could be possible. Someone should tell him that he won’t need to worry about water scarcity for his people when they’ve been killed en masse in a nuclear attack.

We are hurtling towards climate disaster at a rate that no one in power seems to be sufficiently concerned about. With the world being where it is, discussing nuclear warfare is both narcissistic and reckless. In this context, Khan’s words are not so much a call for peaceful resolution as they are “peaceful resolution, or else”.

Khan needs to realise that even while using a veneer of peace-keeping and respectability, discussing nuclear warfare as a possibility helps no one. Not Pakistanis, not Indians, and certainly not the Kashmiris in whose favour he claims to be speaking.