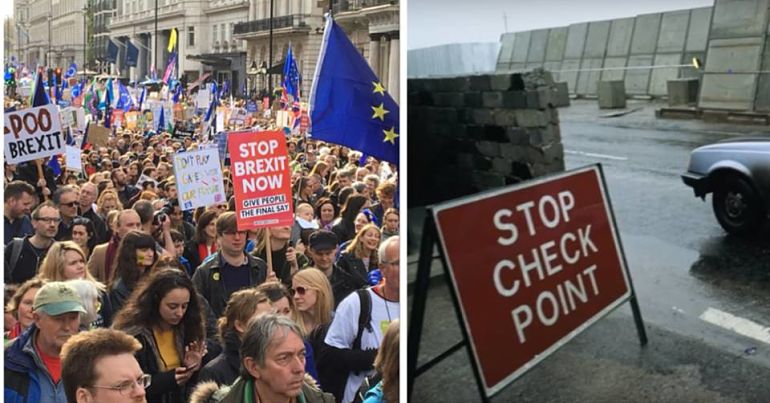 Yet despite the hope brought by that ceasefire, it was met with suspicion and mistrust. And through its botched handling of Brexit and its insistence of keeping no-deal Brexit on the table, Boris Johnson’s UK government shows it has learned absolutely nothing about Ireland and that it probably cares little more.

While loyalist paramilitaries responded with their own ceasefire on 13 October 1994, unionist politicians greeted the IRA move with suspicion. James Molyneaux, then leader of the Ulster Unionist Party, described the IRA’s ceasefire as ‘the most destabilising event since partition’.

Furthermore, when the IRA announced a “complete cessation of military operations”, unionists demanded a “permanent” ceasefire. A battle of semantics had begun.

And from semantics we soon returned to armed battle. Following disputes over the decommissioning of IRA weapons and the British reluctance to enter into meaningful negotiations, the IRA ceasefire ended on 9 February 1996, with the bombing of the London docklands. It was followed by the bombing of Manchester city centre on 15 June 1996. The conflict, concentrating on English instead of Irish cities,  began again and continued until the IRA announced a second and final ceasefire on 20 July 1997.

Following the second ceasefire, republicans and loyalists, along with the Irish and British governments, signed the Good Friday Agreement (GFA) on 10 April 1998. This agreement brought peace to Ireland, and there’s been relative peace there since that time. But that peace has been marred by numerous incidences of violence and British government intransigence.

On 3 September 2001, almost seven years after the first ceasefire, loyalists showed they weren’t ready for real peace. They attacked young catholic school children with a pipe bomb and rocks on their way to school in north Belfast.

Families of those murdered as a result of British state collusion with loyalist terrorists during the conflict are still waiting for justice.

Since then, the DUP’s opposition to same sex marriage, abortion rights, and an Irish language act have all prevented the establishment of a new government.

The DUP’s support for the Tories has afforded it direct links to the UK government. Since becoming prime minister, Boris Johnson has had a private dinner meeting with the DUP.  Furthermore, the new secretary of state for Northern Ireland, Julian Smith, has attended a DUP party conference.

At the very least, these situations demonstrate a lack of impartiality on the UK government’s behalf. But worse still they are a complete insult to Irish republicans and show Westminster cares little for their position.

The UK is due to exit the EU on 31 October. And as Johnson is about to suspend parliament, the possibility of avoiding a disastrous no-deal has narrowed. This in turn could lead to a hard border in Ireland again.

And while, as The Canary has reported, a hard border by itself won’t lead to the return of violence, the unwillingness or inability of the UK government to engage on matters important to Irish people living north of that border just might.