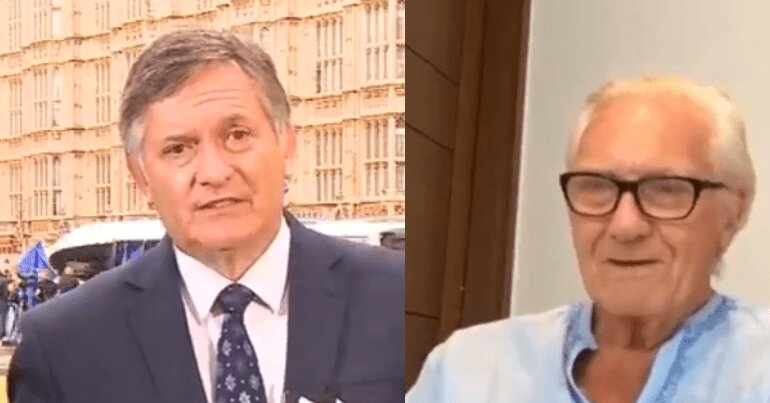 The BBC’s pro-Johnson propaganda has reached absurd levels. In fact, even former Conservative deputy prime minister Michael Heseltine has had enough. He accused the BBC of peddling “sophistry” and labelled Johnson’s government “autocratic”.

A BBC journalist asked Heseltine, who was deputy prime minister under John Major, whether suspending parliamentary democracy is really a big deal:

Isn’t there a risk that there’s been an overreaction to this given that there was scheduled to be a recess anyway, and what is effectively lost is perhaps five, six, seven days of debate, and debate there will be?

But the Conservative grandee wasn’t having it:

Come off it, this is sophistry. You know perfectly well that this is the spin of a ruthless No 10 machine. This is a significant, determined, calculated move to frustrate parliament. Don’t let anybody deceive you about anything else.

This is far from the only instance of the BBC apparently promoting Johnson’s line. As Labour MP David Lammy has pointed out:

Every single @BBCNews journalist will know this is a straight up lie. So why do they run headlines that make out it could be true?https://t.co/ZbnGalilpR

The Conservative prime minister plans to suspend parliament from “no earlier than Monday 9 September and no later than Thursday 12 September, until Monday 14 October”. While the BBC suggested this is a normal occurrence, the opposite is true. Johnson’s suspension of up to 35 days is the longest since 1945. This will have huge consequences. Although Johnson’s ministers cannot bring in brand new (primary) legislation, they can continue changing legislation that was previously delegated to them.

I find it unbelievable that any British government can suspend Parliament, this is a constitutional outrage.

This is the clearest contradiction the claim that they speak for the British people.

Parliament represents the British people, the divisions of Britain are represented in Parliament and they are clear that there is no mandate for them to take Britain out of the European Union with no deal.

Johnson’s plan to suspend parliament has exposed the fact that the UK doesn’t actually have a democratic foundation. It looks like UK democracy, in fact, relies on the prime minister and his executive team being polite enough to follow democratic norms. When an unelected Etonian prime minister with a working majority of one can simply shut down parliament at a whim, something’s up.

Fortunately, even Tory grandees like Heseltine have had enough of Johnson and the BBC playing fast and loose with democratic principles. Johnson may well have overplayed his hand.