The 10 most disturbing words of ITV's election coverage weren't uttered by a candidate, but by the show's host - The Canary 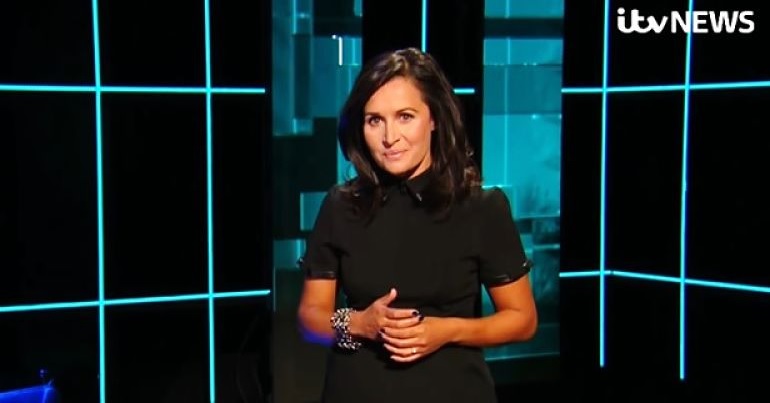 There were a number of disturbing aspects to ITV‘s debate and interviews on 19 November. But none were more perplexing than host Nina Hossain’s reaction to Liberal Democrat leader Jo Swinson’s position on using nuclear weapons.

I for one found the fury Boris Johnson managed to affect in defence of the NHS (after Jeremy Corbyn brandished a heavily redacted government document on the subject) quite alarming. Corbyn said the documents showed that Johnson’s government had:

a series of secret meetings with the United States in which they were proposing to open up our NHS markets, as they call them, to American companies.

Johnson’s response wasn’t only disconcerting because he branded Corbyn’s comments “an absolute invention”, despite those secret meetings already being public knowledge; the Conservatives have also systematically dismantled the NHS, or what we understand as a public health service, through underfunding and reforms that enable private companies to operate within the NHS under its branding. So the fact that Johnson was able to stand there and ferociously affirm his party’s commitment to the NHS was deeply sinister.

Nothing disturbed me as much as Hossain’s response to Swinson, though.

This is a disgraceful response from @JoSwinson. Not for the 1st time in this general election, she confirms she's ready to press the nuclear button. Not even a moment's hesitation about the prospect of killing millions of people. We need better than this#ITVDebate #VoteOutNukes pic.twitter.com/W84cuLTuoy

During quickfire questions in the interview, the host asked:

Would you ever be prepared to use a nuclear weapon?

Swinson gave a resounding yes, to which Hossain replied:

That was a brilliant short answer, thank you very much.

To clarify, Hossain had asked Swinson to keep her answers brief ahead of the question. But when is it ever okay to describe someone championing the use of nuclear weapons, briefly or not, as “brilliant”? In what world is it acceptable to crassly use that word in a conversation about making a decision that would potentially kill millions of people? Nobody batted an eyelid about the tone-deaf comment, though. Because in Britain today, we’ve been conditioned to see someone eager to nuke at will as a good ‘leader’. Or rather, a ‘brilliant’ one.

Are you ready to kill millions of people with nuclear weapons when you become Prime Minister?

This is the idiotic new 'virility test' for PM hopefuls that's emerged since 2015. It's both sickening and immoral.#GE2019 #VoteOutNukes pic.twitter.com/69KeRJFKBX

The good, the bad and the ugly

But if nuking enthusiasm makes someone a ‘good’ potential PM in Britain today, what makes them a ‘bad’ one? Trying to act as a uniting force (i.e. trying to represent all citizens), apparently. Corbyn faced a lot of grief, during and after the ITV debate, over his position on the proposed second Brexit referendum. As the Labour leader explained in the debate, his party’s position is:

We will, within three months, negotiate a credible leave option with the European Union, and within six months put that to a referendum of the British people to decide between that option of leaving, whilst protecting jobs and trade and the Good Friday Agreement with Europe, or remaining as full members of the European Union.

That will be the choice put before the British people.

The grief Corbyn faced wasn’t necessarily over the fact he’s planning on holding a referendum, though. It was over him not picking a “side” in that public vote. Granted, for the past 40 odd years, politicians (including prime ministers) generally have picked a side in referendums. But look how that worked out in the last Brexit referendum. Both sides, particularly the Leave side, spread lies and hysteria in order to secure a win for their ‘team’. Why shouldn’t a government just lay out the options as they stand – in a comprehensive and propaganda-free fashion – and leave the rest up to the public? I’d guess politicians who are appalled by that idea don’t hold much faith in their electorate. Nor, I’d imagine, do they see their role as public servants to the many rather than champions of the few (who are on their side).

Those parameters of debate – that destruction is good, fairness bad, and Machiavellian behaviour acceptable – are piss poor for a country that says it’s democratic and a “force for good” in the world.

I’m not convinced that’s the best Britain can be. Are you?