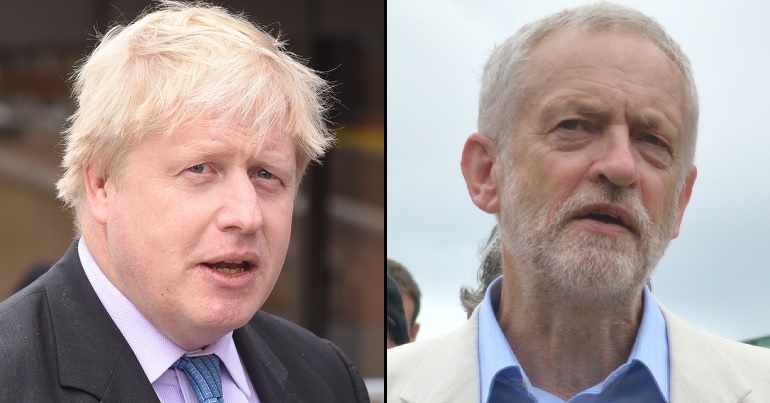 There’s been a lot of discussion on anti-racism this week in the mainstream media, but mostly with reference to antisemitism. Chief rabbi Ephraim Mirvis urged against voting for Labour over concerns of alleged antisemitism in the party. This happened not long after centrist TV personality Rachel Riley showed her ignorance by replacing an anti-apartheid message on an image of Jeremy Corbyn to call him ‘a racist endeavour’.

Following the chief rabbi’s article in the Times, the BBC’s Laura Kuenssberg commented on how antisemitism in Labour is “of a different order”, implying it’s worse than other kinds of racism. Meanwhile, Times columnist Philip Collins has written an article literally saying antisemitism in Labour is a worse problem than Islamophobia in the Tory party. And last night on Question Time, author Lionel Shriver suggested Muslims shouldn’t find Boris Johnson’s comments on Muslim women “insulting”:

Lionel Shriver had basically just said there's more persuasive evidence of AS in the Labour Party than Islamaphobia in the Tory Party despite offering zero evidence of either other than she "feels" Sajid Javid being a Muslim!

What a fucking idiot!

Like Brexit, antisemitism has become an increasingly prominent issue in this election. So much so, that critics of Corbyn and Labour seem to be using it to distract from real policy issues. Not least of them being that Labour’s manifesto is far more committed to anti-racism than that of the Conservatives. But for people affected by racism, seeing anti-racist rhetoric deployed in such a cynical way can be distressing, to say the least.

What hurts more is that to the centre and right wing, some kinds of racism seem to be much more abhorrent than others. The same people who criticise Corbyn for not apologising for antisemitism in Labour, despite him having apologised unreservedly, dismiss Johnson’s racism as not actually racist. Of course, we should call out antisemitism in a major political party. And of course, we should hold to account those found guilty of it. But how are the people so loud about antisemitism in Labour just as silent about Islamophobia among the Conservatives? About the Windrush deportations carried out under Tory rule? About Grenfell and the hostile environment?

This double standard makes two things clear. Firstly, the mainstream commentariat doesn’t seem to care much about the lives of Black and Brown people (with Muslims overwhelmingly in this category) or the oppression they face. Secondly, it’s almost as though they only care about calling out racism when it suits their agenda. In this case, undermining Corbyn and discrediting Labour ahead of the election. This weaponising of anti-racism is as cynical and insincere as it is divisive.

I don’t expect white journalists in this country, particularly those in the top 5% of earners, to understand what life is like for someone from a working-class racial or ethnic minority background. All I can say is that having to convince people of your humanity is exhausting. Having to convince people of your entitlement to basic dignity and human rights is exhausting. And constantly having to argue that your right to occupy space and express your views should be on par with everyone else is, yes, exhausting.

We are tired. So keep us out of your mouths if you’re going to consistently ignore our oppression and then only discuss it to affect the outcome of an election. Even more so if all you’re going to do is minimise it, or argue whether or not something’s racist while ignoring the people directly affected who’ve been calling it racism. Yes, racial and ethnic minorities want their oppression to be addressed at all levels of British society. No, you may not use it to mud-sling, divide and rule, and get ahead in the polls.