As in the US, British voters face a stark choice between a gentleman and a rogue - Canary 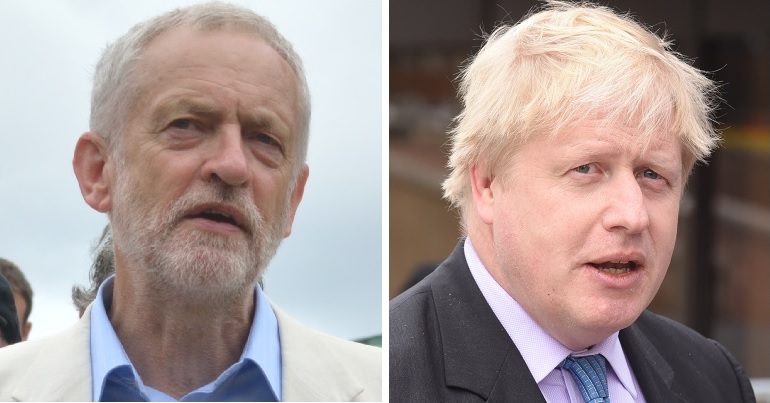 As the UK goes to the polls on December 12, the two men leading the country’s major political parties could not be more different. One is a perfect gentleman; the other a perfect rogue. But something is seriously amiss. If this is the case, then how come the rogue is leading the polls and the gentleman is the undoubted underdog? The answer lies in the power structures of the mainstream media.

That the current prime minister’s career – both before and after he entered politics – has been a chequered one is now something of a truism. From various racist and homophobic comments, to multiple embarrassing gaffes on the world stage, and a long and prolific record of dishonesty, his list of disgraces is a familiar one and far too long to exhaustively list here. Jeremy Corbyn, on the other hand, is to many the very personification of decency, dignity, and honesty. Whereas Johnson hurls crude, adolescent abuse at political rivals (not to mention foreign leaders), Corbyn doesn’t sink to the level of personal abuse.

The differences between the two men’s political CVs also speak volumes. Whereas Corbyn was an early anti-apartheid campaigner, Johnson has made references to “black rule” in South Africa and even suggested that Africa was better off under European colonialism.

The situation mirrors that of the US. The current president – who has come to represent the mainstream political right in that country – is a pathological liar, a bully and is incompetent both politically and in business. He has overt fascistic tendencies that include threatening the press and endorsing violence against political opponents and critics. The standard-bearer of the political left, Vermont Senator Bernie Sanders, like Corbyn, refuses to sling mud at his rivals. Even during the 2016 Democratic Party primary election, he refused to attack Hillary Clinton in spite of credible accusations that the contest was rigged against him.

Indeed, the fact that Trump himself has described Johnson as “Britain Trump” speaks volumes.

If both the UK and US face such options, then how is it that Johnson leads in the polls while Sanders stands little chance of even winning the 2020 Democratic nomination? The answer is that the mainstream media on both sides of the Atlantic isn’t giving the left a fair shake. And the reason why is obvious. In both countries, large corporations and wealthy individuals own the vast majority of the companies that own print publications and broadcast outlets. As a result, they have a natural, inbuilt right-wing bias that favours the continued concentration of economic power in their hands. This bias is even apparent at the publicly-owned and purportedly impartial BBC, according to recent social science research.

The only way to remedy this situation would be for a progressive government to enact media reform, which Corbyn himself has proposed for the UK.

But there is a chicken-and-egg problem going on here. The left would need to get into power in the first place in order to enact such a proposal. But if the left is not getting a fair shake to begin with, then they stand little chance of doing so.

As a result of this contradiction, the current media ownership structure is not just thwarting diverse views and balanced analysis, but is undermining the very concept of democracy itself. We need to break out of this vicious cycle to have a chance of moving beyond the neoliberal, imperialist status quo that is destroying the planet, precipitating endless war, and driving inequality both within and between nations.