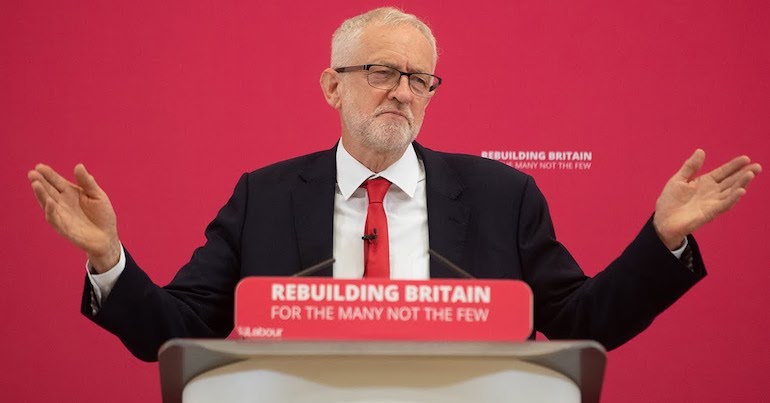 Just hours before we go to the polls, Jeremy Corbyn summed up nine years of Tory rule in one picture.

The Labour leader shared a heartbreaking image of Boris Johnson and a gaggle of Tory aides walking past a homeless man:

Nine years of Boris Johnson’s Conservatives, summed up in one picture. pic.twitter.com/CXWCih0pkC

And he’s spot on. This really does sum it all up. Not least because Conservative ministers have also lied about the extent of the UK’s homeless crisis during this election.

The number of rough sleepers has also increased since 2010, by around 165%.

So even taking into account different ways of measuring homelessness, it’s increased under the Tories – not decreased. The Conservatives later told Channel 4 that Javid had misremembered the figures.

But, as Johnson and his Conservatives misremember how many homeless people there are, perhaps it’s no surprise they barely look at them as they walk past. In contrast, Corbyn is proposing a vision of “hope” for people in the country:

A vote for Corbyn’s Labour truly is a vote for hope. Not only is a Corbyn-led government promising to “tackle the homelessness and rough sleeping crisis”, but it is also offering a better, fairer society where no one’s invisible.