I'm a Christian. And I believe 100% that voting for Corbyn's Labour is the right thing to do. - The Canary 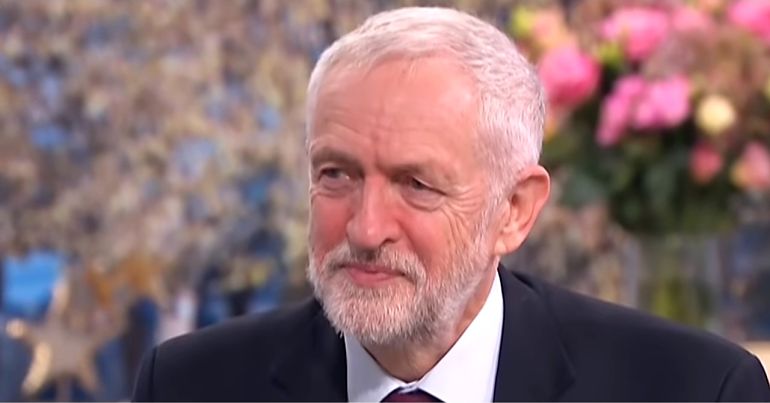 People who oppose Labour leader Jeremy Corbyn have despicably weaponised religion in an attempt to attack him. This has forced progressives of all faiths and none to speak out and defend him. And I now feel it’s my duty as a Christian to say ‘I believe 100% that voting for Corbyn’s Labour is vital’.

The utterly despicable weaponisation of religion

I would never usually speak about my upbringing, because my identity first and foremost is as a human who wants peace. And I believe that protecting people and the planet is key to obtaining peace. That’s why I fully support Corbyn – a peace–prize winner who has put people and planet at the heart of his election campaign.

I now feel that I have to speak out, though. Because I have seen the attacks on Corbyn force Jewish friends and heroes in particular to speak out to defend him. And I want to show solidarity with them by speaking from my own background as a Christian. I may have a deep distrust of organised religion today, but I’ve probably had more experience of Christianity than the average citizen; and my upbringing had a massive impact in making me who I am.

From this standpoint, I believe the weaponisation of religion to attack Corbyn has been utterly despicable. And I believe Corbyn’s values are about as close to the values of Christianity (and all mainstream religions) as you’ll find today in British politics.

Corbyn is a veteran anti-racist who has not only taken firm and consistent action against racism as Labour leader but has also spent his life opposing antisemitism and other forms of discrimination. Boris Johnson and his Conservative party, meanwhile, have not. Yet elitist figures in certain religious institutions have tried to convince voters that the opposite is true. And the Church of England’s archbishop of Canterbury recently made me sick by essentially backing anti-Corbyn smears.

Some past polls have suggested that Tories actually pick up a lot of Christian voters. But coming up to Christmas, it would seem absurd for Christians not to vote for Corbyn – a man of peace who stands up for the poorest and most vulnerable people in society. As leading Christian magazine Premier Christianity wrote in 2017, Corbyn is:

a man with a genuine concern for the poor and a genuine passion for peace. …

He talks to his enemies, he doesn’t want to kill them. As a Christian, I see very little of that from politicians and I like it very much. …

He cares about the poor… He’s dedicated his life to serving them, not the Bullingdon Club, not the money-lenders or the kings and princes of this world.

Indeed, one phrase from Jesus that resonates most with me personally is “blessed are the peacemakers”. He also loathed the corruption of religious institutions, overturning tables of money in an act of resistance. And other Christian teachings include:

In short, it would be very easy to argue that Jesus was a socialist.

‘Principles at the heart of Christianity’

There are a number of things I believe today that I almost certainly owe in large part to my Christian upbringing. And Corbyn previously captured this perfectly, saying:

We hear painful stories every day, of homelessness, poverty, or crisis in our health service – or across the world, of the devastating consequences of war and conflict, including millions forced to become refugees… We need to respond to these problems head-on, through action and support for social justice, peace and reconciliation. These principles are at the heart of Christianity

He continued by insisting that:

At a time of growing conflict, that message of peace could not have more urgency throughout the world.

I meet Christians and others of all faiths and none on a daily basis who share and live these ideals. People who give their time for others – whether those running food banks, protecting the vulnerable, looking after the sick, the elderly, and… our young people. That spirit of respect for each other, peace, and equality is one we can all share.

A vote for Corbyn is a vote for these principles

There is, of course, disagreement among Christians (as there is in all religions). Some conservatives, for example, believe that Britain should limit immigration (and specifically immigration from non-Christian countries) in order to protect its ‘Christian character’. I find that despicable, offensive, and totally contrary to Christian teachings. Because Jesus didn’t say ‘only love your neighbour if they were born in the same place as you’. He spoke of compassion for all, no matter where they came from. He spoke of sharing wealth so that no one had to suffer. And that’s Corbyn’s message too.

If you believe in principles like compassion, social justice, and peace, then it doesn’t matter whether you’re religious or not. A vote for Corbyn is a no-brainer. In fact, this year’s general election should be one of the easiest choices in decades. So I would strongly urge you to call everyone you know, help people get to the polling station, share posts on social media, and most importantly – go and vote.