As Brexit could trigger a united Ireland, republicans need to be careful what they wish for - Canary 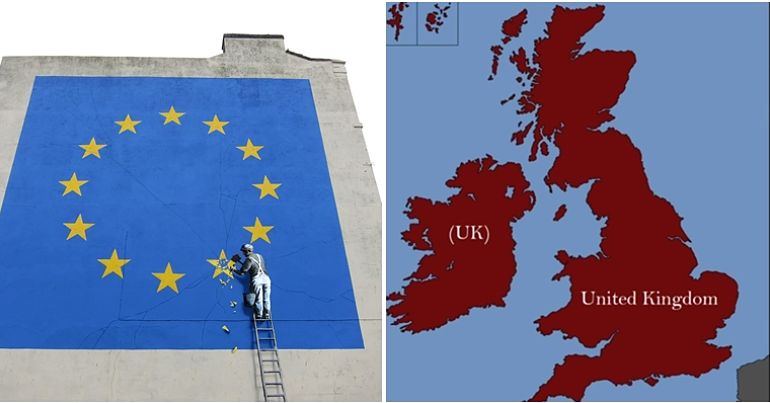 UK elections in December 2019 saw big gains for the SNP. So much so it led to a renewed call for a second Scottish independence referendum. And in that same election, the demise of unionism in the north of Ireland lead to a discussion about the future of the UK.

The drop in support for unionism also fuelled speculation about the “unthinkable”. A united Ireland. Indeed, unionism’s dissatisfaction with Johnson’s Brexit deal may have already put it “on the road to a united Ireland”. It’s music to the ears of ‘United Irelanders’.

But it doesn’t follow that it’s music to the ears of Irish republicans. Irish republicans like me. Because if the development of certain ridiculous conversations in Ireland takes root, it would mean an utterly pointless united Ireland. A united Ireland within the British Commonwealth. The kind of united Ireland that looks good on paper but defeats its entire purpose. And it would, quite frankly, be an insult to people on all sides who gave everything in the struggle for a truly free and united Irish republic.

Dose of reality for the DUP

The DUP took centre stage in UK politics in the aftermath of the 2017 election when it propped up a minority and austerity-driven Conservative government. But since Johnson’s overall majority on 12 December, the DUP’s support is no longer needed. It’s surplus to his requirements, and it knows it.

To make matters worse for the DUP, it lost two of its ten seats, including that of its Commons leader Nigel Dodds. It saw its vote drop by over 5%. And unionism lost its majority in Westminster to Irish republicanism for the first time.

That being said, it could just be an electoral setback. It’ll bounce back, so nothing to worry about. Ordinarily, that might be the case were it not for Johnson’s Brexit deal that sees the UK leave the EU by 31 January 2020.

While the north of Ireland leaves too, it doesn’t leave completely, and it will be somewhat stranded from the rest of the UK afterwards. This by itself led to speculation of the UK breaking up. Indeed, former leader of the Ulster Unionist Party (UUP) Mike Nesbitt said as much:

My position is that Brexit is unionism’s biggest ever own goal. And the outcome, may be, the end of the United Kingdom

And political commentator Andrew Marr suggested the election result could see the DUP doing a deal with Dublin:

they could do the one thing that seems almost unthinkable – they could start to talk to Dublin about the future.

No appetite for DUP values in the south

Marr’s comment about DUP talks with Dublin almost sounded somewhat matter of fact. As if Dublin would only be too delighted to talk to them and welcome them into a “united Irish economy”. But the people of the south may not want a united Ireland that panders to a party like the DUP.

A party that opposes gay marriage, a woman’s right to choose, the Irish language, and that incited hatred against Catholics. Ireland has come a long way since then, and it has no desire to return to those dark days. The south of Ireland brought in same-sex marriage by popular vote in 2015 and repealed the eighth amendment to its constitution in 2018 that had prohibited abortion.

In recent months, different discussions have taken place around Ireland that leads me to believe a united Ireland may be of little purpose. Because these discussions among significant players in Irish politics are floating the idea of a united Ireland within the UK commonwealth.

On 28 November, I attended a talk in Dublin city centre called Shaping Our Constitutional Future. It was supposed to be the beginning of a national conversation around Irish unity. A number of the speakers talked about ‘convincing unionists’ or ‘winning over’ unionists to the idea of a united Ireland. And to be honest, even as an Irish republican, I found the conversation a bit patronising towards unionists. All we have to do is ‘win them over’, and we’re grand!

One of the speakers, comedian Paddy Cullivan, even suggested a future united Ireland might have a royal family. As a piece of comedy, this worked. As a realistic proposal for the future of this island, it’s just ludicrous. And it misses the point of why Ireland became a republic all those years ago.

A republic is a democracy free of monarchical interference, be that clandestine, symbolic, or otherwise. Any such move to royal involvement in Ireland, or membership of a commonwealth, is a backward step.

Ireland moved away from that form of oppression a long time ago, and it has no desire to return. Membership of the commonwealth may be what it takes to convince unionists of the benefits of a united Ireland. And then again it may make little difference to them. But it puts at risk everything the Irish republic has achieved.

Hard as it is for an Irish republican like myself to say this, I may have to let go of a united Ireland if this is the only way it can be. A united Ireland under these comedic conditions would mean absolutely nothing. So if people really want a united Ireland, I suggest they take it a bit more seriously.