Talk of chlorinated chicken misses the point. Importing food makes no sense to begin with. - The Canary 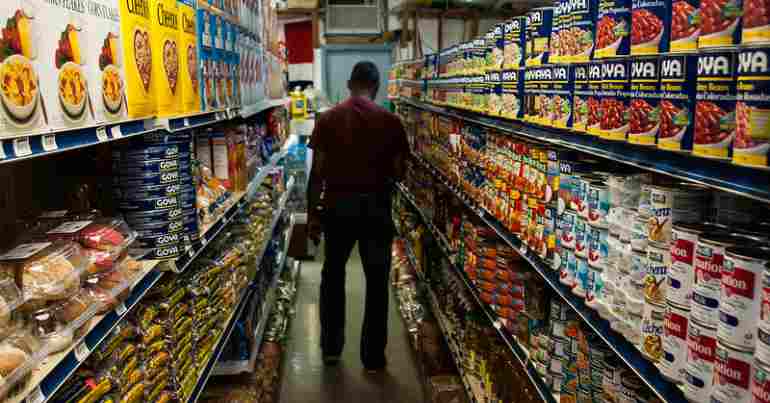 As negotiations on a trade deal between the UK and US have heated up, so has debate about food and animal welfare standards. But the whole discussion has missed a much larger issue. The question of food self-sufficiency seems to have hardly arisen at all.

On 2 March, the UK Department for International Trade released a document projecting a potential £15.3bn in new trade with the US over the long term. In addition to (dubious) promises about safeguarding the NHS from privatisation, the paper also sought to allay fears about food standards. As The Canary has reported, it addresses public concerns about genetically modified organisms (GMOs), “hormone-fed or injected beef”, “chlorine-washed chicken”, and the use of pesticides, preservatives, and additives.

These concerns are well-founded on all counts. It’s no secret that animal welfare and other farming regulations in the US are far behind those of the UK and other European countries. But the focus on these issues seems to have obscured a much bigger question: why would the UK want to import so much of its food in the first place?

The reality is that importing food products which could easily be produced closer to where they’re being consumed makes absolutely no sense. For one thing, transportation costs have to be factored into the price, which usually means more expensive foods for consumers. A report in 2005 found that food transportation costs have been costing Britain around £9bn per year.

This also means greater environmental costs, as the vehicles that transport these products use precious energy, contributing to carbon emissions in the process. Another issue is the impact that importing large amounts of foreign food has on domestic farmers. And the US is notorious for signing trade deals that have decimated other countries’ food economies.

The North American Free Trade Agreement (NAFTA), for example, had a devastating effect on small farms in Mexico. It enabled the flooding of the Mexican market with cheap food products by huge US agro-industrial giants. Because of their enjoyment of economies of scale and more advanced (and often more destructive) technology, these corporations had an unfair advantage over small Mexican producers. And in a cruel irony given the US establishment’s supposed love of ‘free’ markets, they have also benefited from generous government subsidies.

Incidentally, this flooding of the market with cheap, US-made food products has coincided with a massive increase in obesity and related health conditions in Mexico. So much so that Mexico now has the second-highest rate of obesity in the world after the US amongst OECD countries.

Similar story in the UK

The UK has already suffered in similar ways on both counts. It already has more obese and overweight people than anywhere else in Western Europe. Small family farms in the UK, meanwhile, have been experiencing a protracted decline for decades. Farms constituting 20 hectares or less declined “from 158,000 in 1950 to 38,500 in 2015”.

Perhaps most disturbingly of all, the UK domestic farming industry itself has increasingly come to resemble the industrialised model of the US. According to research published in 2017, the number of US-style mega-farms in the UK increased by 26% over a six-year period. The enactment of this latest trade deal with the US would likely only exacerbate these problems.

National food self-sufficiency is the answer

Sadly, the solution is both straightforward and unlikely to happen. Instead of committing to even greater trade with the US, the UK government should be actively moving toward a model of national agricultural self-sufficiency that promotes small, non-industrialised farms. Ideally, food should be produced as close as possible to where it’s consumed. This can be promoted via farmers’ markets and incentives for supermarkets to prioritise contracts with local producers.

Under a Tory government, however, this won’t be likely anytime soon. Like their Republican ideological brethren in the US, the Conservative Party has long fetishised a low regulation, low tax, ‘pro-business’ economic environment in which large corporations can thrive by driving out smaller producers. In the same way, it has a pathological obsession with so-called ‘free’ trade in which goods and services are imported for no good reason, no matter the cost for domestic industry, public health, or the planet.

This mentality could ultimately become humanity’s undoing. As Jerry Mander puts it in his book The Capitalism Papers: Fatal Flaws of an Obsolete System:

The great tragedy of the moment is that the powers that be in our society have failed to recognize or acknowledge the fundamental fact that Earth has limits, which are already in view, and that our economic drives are now inappropriate.

For Mander, the only solution is to move away from the globalised capitalist system that puts growth at the centre of all economic decisions and toward a new system based on smaller, locally-based entities. He writes:

Large national and global corporations—especially those whose stock is publicly traded —are obliged to seek constant growth, constant profit expansion, and the absolute primacy of short-term self-interest, no matter the social, political, or environmental contexts or effects. …

Private, small-scale, locally owned and orientated businesses that operate in single markets [on the other hand]. … operate from entirely different hierarchies of value than their mega-cousins operating nationally or globally.

Clearly, it’s time to rethink the broken paradigms of globalisation, unfettered capitalism, and so-called ‘free’ trade – before it’s too late.