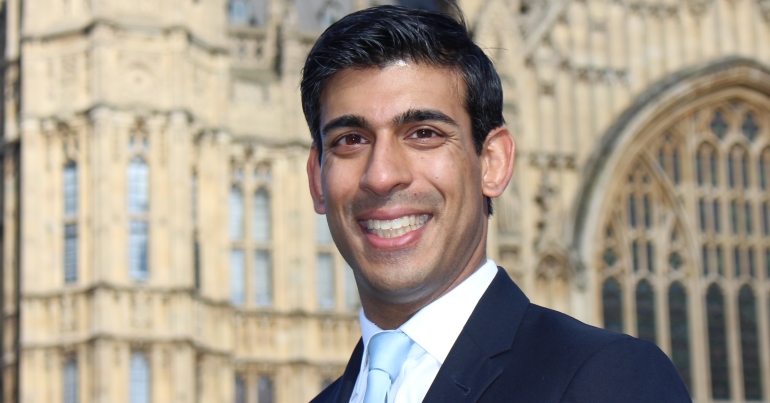 Rishi Sunak’s first budget was met with rapturous praise from much of the establishment media. The Sun praised his budget as a:

spending tsunami… virtually unprecedented from a Tory Chancellor. And The Sun warmly welcomes it.

The Mail reported that he is a “PM in waiting”. An opinion piece in the Guardian described it as ‘redrawing the terms of British politics’. And centrists such as James O’Brien tweeted:

Did Rishi Sunak join the Conservative party by mistake? What a fascinating & potentially excellent budget.

But Sunak’s budget won’t help most people. And one interview shows exactly why his budget and his attitude towards ordinary working people is utterly contemptuous and undeserving of any praise.

Among Sunak’s budget announcements was £30bn of funding to help with the coronavirus outbreak. But while Sunak did promise statutory sick pay (SSP) for people advised to self-isolate, many of the measures were designed to help businesses, not individuals. And for people who are self-employed or on zero-hours contracts, the promise to make it “quicker and easier to get benefits” is hardly comforting given the multitude of problems that already exist in the payment of Universal Credit.

But whether it’s claiming SSP or benefits, Sunak failed to address a simple point. The rate of SSP is only £94.25 a week. And in an interview with Radio 5 Live, Sunak showed how inadequate this system is. Because he couldn’t answer the simple question:

Could you and your family live on £90 a week?

Sunak twice failed to give a straight answer. Instead, he described it as “people keeping their health safe”. And when pressed on this “simple question”, he described SSP as a “safety net to fall back on”.

Exactly how an amount of money that Sunak essentially admits isn’t enough to live off is a “safety net” is unknown. Although given Sunak’s high-flying background, it’s probably not an issue he’s ever had to really think about.

SSP in the UK is the second-lowest in Europe. In 2018, the European Committee of Social Rights described it as “manifestly inadequate”.

The TUC is calling for SSP to match the living wage. TUC general secretary Frances O’Grady insisted that:

No one should be worrying about making ends meet if they self-isolate or fall sick.

But as she made clear:

the UK has one of the lowest rates of sick pay in Europe. £94 a week is not a lot of money to pay the bills and survive on.

Sunak could have used the budget to tackle this “manifestly inadequate” situation. But he didn’t. Instead, he offered tax relief to businesses while ignoring the thousands of people who’ll suffer if they’re forced onto SSP or benefits.

This wasn’t a brave new Tory party spreading benevolence; it was more of the same. It was the same old Tory party offering paltry breadcrumbs while we’re supposed to doff our caps to our lords and masters and express gratitude for giving us back a small percentage of what was stolen from us during years of austerity.

If we’re serious about tackling coronavirus, then this issue of SSP should have been addressed. Because it’s untenable to expect well people to self-isolate when they know that they’ll be unable to pay the rent and bills at the end of the month if they do. And it’s scarily easy to see how easy this virus will spread if people have the choice between staying at home when they are told to self-isolate or going to work because SSP rates mean they could be homeless at the end of the month. Because this is the stark choice thousands of people across the country are facing.

So no, this wasn’t some new era of benevolent Tories. This wasn’t an “excellent budget”. And Sunak’s interview over sick pay shows exactly why the establishment media fawning over him is complete bollocks. Although perhaps we shouldn’t be surprised that the vast majority of a media establishment unlikely to face the reality of having to depend on benefits or SSP hasn’t grasped the real implications of what this means for ordinary working people across the country.

Featured image via Flickr/Ministry of Housing