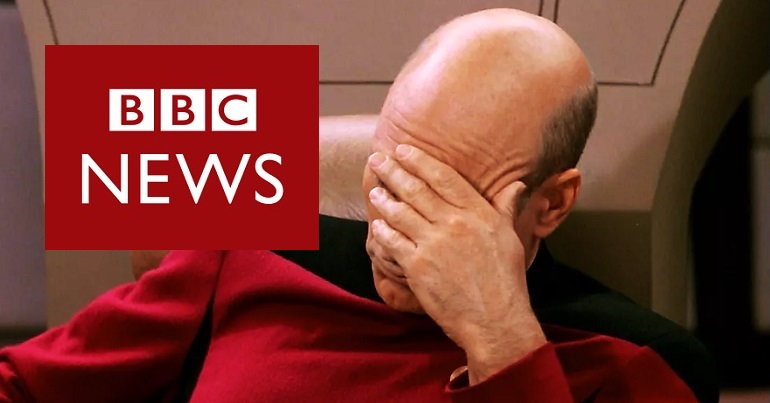 On Friday 1 May, the UK government said it had exceeded its 100,000 coronavirus (Covid-19) tests a day target. Just in the nick of time, as its deadline was 30 April. No prizes for guessing, of course, that this wasn’t strictly true. And no prizes either for knowing that the BBC fell straight in line with Tory propaganda. So it was down to US-based media, and worryingly the Daily Mail, to tell the truth.

Former ITV News journalist Bill Neely now works for NBC News in the US. His tweet summed up the situation perfectly. He said that the UK government’s target “has NOT been met”:

Likewise, CNN reported the reality of the testing, while pulling apart the Tories “failings”.  So, back in the UK, did our public service broadcaster the BBC give the same rational clarity on the testing situation? Of course it didn’t.

The BBC: tying itself up in knots

The BBC was clearly tying itself in knots over reporting the government’s fudged figures. BBC Breaking News tweeted:

The UK carried out 122,000 coronavirus tests on the last day of April, passing the government's target https://t.co/VMuafnK9Bb

But then BBC Reality Check stepped in – almost as if it was fact-checking the BBC‘s output:

Having set a target of 100,000 tests per day by the end of April, the government says it reached 122,347 tests yesterday
This figure includes home testing kits which are counted when they are sent out – so it does not mean the test was actually completed or returned to a lab

As BBC Reality Check had to admit:

Looks like a fair chunk of the 122,347 tests came from home testing kits (counted when they are sent out): 27,497 home testing kits 12,872 kits through the ‘satellite process’… Previously, only instances in which a swab had been processed through a lab were counted as a test. …

It’s also worth pointing out that of the 122,347 tests announced by the Health Secretary, the number of people tested was 73,191 (according to the DHSC)
This can be down to some people having to be tested twice for clinical reasons

Twitter user Nick summed up the situation with a series of tweets:

This way BBC can claim it fact checks – while in reality spreading lies to a much larger audience.

Meanwhile, some of the BBC‘s most prominent journalists didn’t seem sure what to do.

For example, Nick Robinson tweeted at 6:10pm on 1 May that not all of the 122,347 tests were “completed”. It then took him over two hours to admit that this meant the 100,000 testing target had not been reached. It’s almost like he had to check with the Tories first before he tweeted. We’re sure he didn’t, of course:

So, the promise of 100,000 people tested by the end of April has not been achieved (although there has been a huge and widely welcomed increase in testing at speed)

Even Newsnight editor Lewis Goodall managed to hint at the deception that was taking place:

Also worth pointing out that ministers have been talking about tests performed rather than people for most of this period, unlike original Downing St tweet. Clearly though, many of the tests sent in the post, won't have been completed yet. https://t.co/fWUQ13VMda

But interestingly, it seemed that those in the media who often shill the hardest for the Tories were breaking rank.

The original target was 100,000 people tested by end-April. That target has been missed, despite the headline figure. Indeed the more you looked at the 122,000 stat, the more it looks a propaganda figure rather than a reliable guide.

Perhaps most surprising is that the right-wing rag to end all right-wing rags, the Daily Mail, immediately called Hancock out after the testing numbers were announced. Its headline screamed:

Matt Hancock boasts he has hit 100,000-a-day testing target but only if you don’t mind counting multiple tests on the same person and 40,000 kits that were posted to patients but not processed!

This is despite the health secretary’s recent and frantic arse-licking of the squalid tabloid.

So, on the face of it, it seems that much of the BBC merely parroted the government’s line over testing. But delve a little deeper, and it’s not strictly true.

Take the BBC‘s article on the story. While the headline appeared to parrot what Hancock was saying, the actual piece did pull apart the figures. Health correspondent Nick Triggle asked:

has the government been a little creative with its counting?

But Triggle still couldn’t help copying and pasting the government’s own line. In an eerily similar vein to Hancock’s own praise about people who helped with the testing, Triggle wrote:

It is testament to the hard work that has been done behind the scenes by a partnership of government, scientists and the private sector – with a helping hand from the military.

While his section was labelled as analysis, it’s questionable whether a public service broadcaster should allow journalists to include completely subjective statements like this. Was Triggle “behind the scenes”, at the epicentre of organising this testing? Was he checking that everyone involved was ‘working hard’? No. It’s his opinion that they were – which is very different to reporting the facts. And this is the point.

While the BBC may have reported the reality of the testing in its article, its headline literally parroted the government’s line. Many people who use social media could well see that, think the headline was the truth, the whole truth, and nothing but the truth, and carry on with the rest of their day. It’s this kind of low-level yet manipulative propaganda that the BBC does so well. It doesn’t scream like the Daily Mail. It drops in key government lines to ensure that the majority of people get the right message.  As Colin pointed out on Twitter:

Most people only ever read the headlines, far fewer people ever read the whole article and very few people bother with a follow up fact check article. So accuracy of a headline really matters. The BBC know this.

Some people are saying there should be a public inquiry into the government’s response to the pandemic. Given its appalling track record during this crisis, the remit of any inquiry should extend to look at the BBC, as well. Because when even the Daily Mail is doing a better job than it, something is gravely wrong: