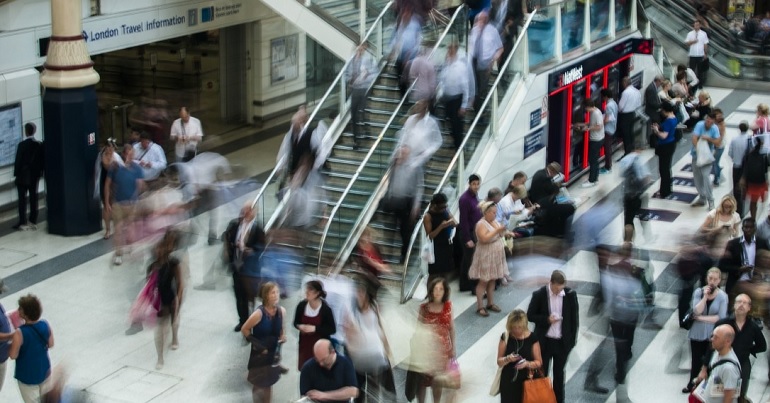 As a society, we are actively encouraged to discuss mental health and wellbeing. At no time more so than during the coronavirus (Covid-19) pandemic. But after a psychologist warned that there may be an upsurge in mental health diagnoses and drug prescriptions due to lockdown, are our notions of depression actually true?

Part one of this article started by quoting psychologist Dr John Read, who was worried about “normal human responses” being treated as mental health issues during lockdown. It then explored antidepressants; our understanding of depression; the human history behind mental and emotional wellbeing in relation to inequality, and how species-level problems can manifest in the individual. You can read part one here. Part two is below.

I was told I was depressed. My scores on all the questionnaires that doctors make you fill out to diagnose depression were through the roof. I was told depression was the reason why I was an alcoholic. So, I accepted this, took the tablets and had the therapy. But the more I thought about it, the more I realised it wasn’t me that was the problem. I was merely reacting to my life, and the system that had shaped it.

I was outwardly angry, socially awkward and beset by horrendously bad decision-making. But actually, all these traits were a result of what society had done to me. Bullying throughout school because I was smarter than most kids; going to an elite college with the one scholarship it had – and being isolated because I was the only working-class person there; working 24/7 for pitiful pay and not getting anywhere; seeing it all collapse around me in 2008 and ending up homeless, unemployable, sick and then having no way out of the mess long into the 2010s.

I’d done everything the system wanted me to do. I’d got a job, had a house, gone on holiday, bought material things. And yet still, the system betrayed me and left me staring death in the face in 2016.

My therapy made me believe it was me who had to adapt. I had to address my negative thought processes and change the way I behaved. So I did this, and, like the antidepressants, it helped. I have a lot of time for therapy, but when it’s done in the right context. And for me, when you really check it, I should have approached it differently. My anger, social problems and ultimately my addiction were perfectly natural reactions to the horror of my life. And my life was horrible because the system made it that way.

I’m not religious. But in his book In the Realm of Hungry Ghosts: Close Encounters with Addiction, psychologist Dr Gabor Maté makes a comparison between faith and the causes of addiction. One patient told him “I had no mother – God forgot me – and I fell”. He said of her:

Serena, in her deepest depression, lives in cosmic isolation. Her core anguish is that her sense of trust and connection with the infinite within her and without has been severed. Given all she had suffered, the God they told her was all she needed could not hold her faith intact. For any young person, if the deity she hears about is not manifested in the actions of the people who make up her world, the God-word turns into hypocrisy. If she does retain an image of God, it’s likely to be the vindictive moraliser who judges her mercilessly or the impotent sky phantom I rejected as a child.

Replace “God” with “corporate capitalism” and you have the answer to my addiction and depression. I put my undying faith in a system that I was taught from a young age would serve me well. But ultimately, it abandoned me. I know that now. So, my previously “depressive” thoughts have changed into anger at the system, but also hope that we as a species can change. And I believe this is the case for many people who think, and have been told, they’re depressed. The challenge with this is the ‘system’ likes us depressed, on tablets and obsessing with our own behaviours, feelings and mental state.

It suits corporate capitalism, and hierarchies more broadly, to have people subservient. I’m in no way saying there’s some ‘New World Order-like’ grand design here – where a few shadowy men in some secret boardroom are pulling the strings of doctors to put us all on antidepressants. What I am saying is that the collective consequence of people’s actions is that it ends up that way.

The system is such that it makes us depressed. But due to us living in the system, we have to go to it for answers. Meanwhile, some doctors and psychiatrists, who have been trained by the system, are also part of it because they have bills to pay and houses to keep like the rest of us. Many of them (not all – check Psychologists for Social Change and Counselling for Social Change) believe in the system’s view of depression because it’s given them nice things in life.

So, often unwittingly, they play into it by telling us we’re suffering from depression. They often go so far as to recognise that people’s economic and social circumstances are the cause. But then the system gives us the solution: pills and talking therapy. And ultimately, thanks to multinational pharmaceutical companies and private healthcare making huge profits, and in turn buoying up stock markets, this process continues ad infinitum.

Women are particularly hardest hit by the system’s notion of depression. All too often this is due to entrenched patriarchy, misogyny and notions of ‘hysteria’, hormones’ and the menopause. There’s a reason why 23% of American women in their 40s and 50s are now on antidepressants. Again – it’s the system.

Yet depression is never taken through to its logical conclusion. Rarely does a medical professional say to you: ‘You’re depressed because humans have made the world horrific, and your feelings are a natural response to this’. Nor do many say: ‘Why not, instead of taking tablets, have a productive outlet for that anger, hurt and upset, like political or social activism?’ Most have jobs to keep and mortgages to pay. Moreover, that realisation about depression probably hasn’t even dawned on many them.

So instead, we look into ourselves for the problem, change our behaviours and take pills to sedate us enough to cope with the horrors of life.

Dr Ashley Frawley is a senior lecturer on public health, policy and social sciences at the University of Swansea. On the show Renegade Inc, she perhaps summed it up best:

A lot of… psychological interventions are sold on the ability to produce these ideal neoliberal subjects who won’t call in sick and won’t call on expensive state services and so on. But the reality isn’t this perfect neoliberal subject. It’s an upward spiral of demand. The more that we’re told we can’t possibly cope with the vicissitudes of life on our own, the more we call upon these expensive services. And that’s actually part of the deal, that’s actually part of what happens…

The self-esteem movement promised that it was going to inoculate people against future social problems. They called it a social vaccine. That didn’t happen. All that happened was we encouraged this excessive internal introspection. And when you do that, you’re always going to find problems.

The “meaning of life”

The meaning of life isn’t something bigger than yourself, isn’t something beyond yourself. [But] paradoxically, if you have nothing bigger than yourself to live for, life becomes insufferable. Anything becomes impossible to bear. If the purpose of your life is your own internal feelings, it’s impossible to feel happy all the time. You’re always going to find it wanting… that’s a very limited sense of what it is to be human.

Essentially, corporate capitalism has created a society so obsessed with ‘self’, we’ve forgotten about each other.

So, you may be wondering if I truly believe all of this, why I still take such a high dose antidepressant. I’ve come to a fairly simple resolution about that in my head.

Take the pills and take on the system

My anger and upset was so seething that it made me chaotic and unproductive. Antidepressants take the edge off that. They give me the clarity of thought against all the noise to channel my feelings into something positive – like writing or caring for my partner, for example. This is probably something many conscious people, activists and campaigners feel. So, I know why the system wants me to pop my pills. But I’m using the system’s weapon of choice against it.

I would never advocate a person not taking antidepressants if they needed them. Because ultimately, a person’s life is far more important in the here and now than the big philosophical questions about why depression happens in the first place. But there needs to be a shift in the narratives.

Our obsession with psychiatry in its current form is ultimately keeping this horrible world the way it is. If everyone who doctors labelled as ‘depressed’ was encouraged to look further than just their own feelings, the superficial actions of those around them and the choices they’ve made in life, and look at their mental health as part of a global system of seven billion people, maybe people would begin to wake up to why there’s been such a surge in mental health diagnoses.

We’re not all sick. Society is. So before you go to your doctor about how you’re feeling ‘depressed’ during the coronavirus lockdown, maybe consider whether those feelings are because of the pandemic, or in spite of it. And whether you’re truly OK with living in a world that, in reality, doesn’t actually make most of us happy.

But the pandemic also gives us an opportunity. It’s one to reboot many parts of the system. Within this, our own notions of what it means to be human, be part of a society and how collective horror plays out in the individual are central. We have the chance to create a better world. But it starts within each and every one of us.