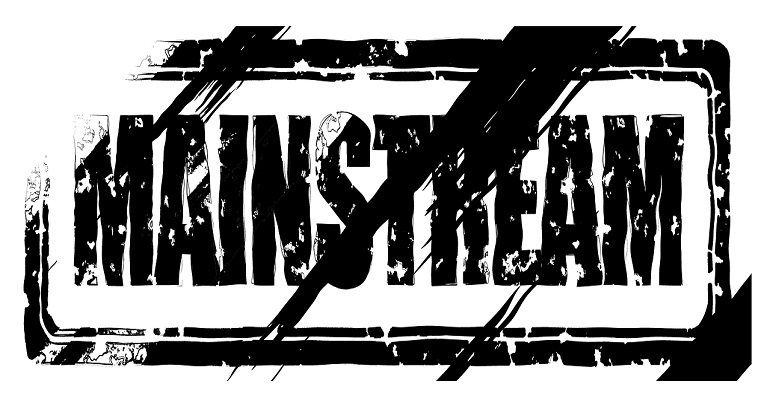 One of the overriding features of the coronavirus (Covid-19) pandemic in the UK has been the corporate press’s subservience to the Conservative government. And it went into overdrive on Wednesday 6 May as the UK’s death rates from the virus became the highest in Europe.

As The Canary previously reported, the UK currently has the highest coronavirus death toll in Europe – at over 32,000. You’d think that this devastating and damning fact would be front page news. But for many of the UK’s newspapers, it was far from it.

On the day the UK becomes the country with the highest coronavirus death toll in Europe, here's what most of the front pages look like. pic.twitter.com/yeixE0TKS7

Yes, many right-wing outlets focused on the resignation of Dr Neil Ferguson as a government adviser. He quit because he broke social distancing rules. While this hypocrisy may well have made Ferguson’s position untenable, it certainly doesn’t warrant the domination the story had across many of the papers. But it did dominate – from the Times and the Telegraph to the Metro and this screaming front page from the Sun: 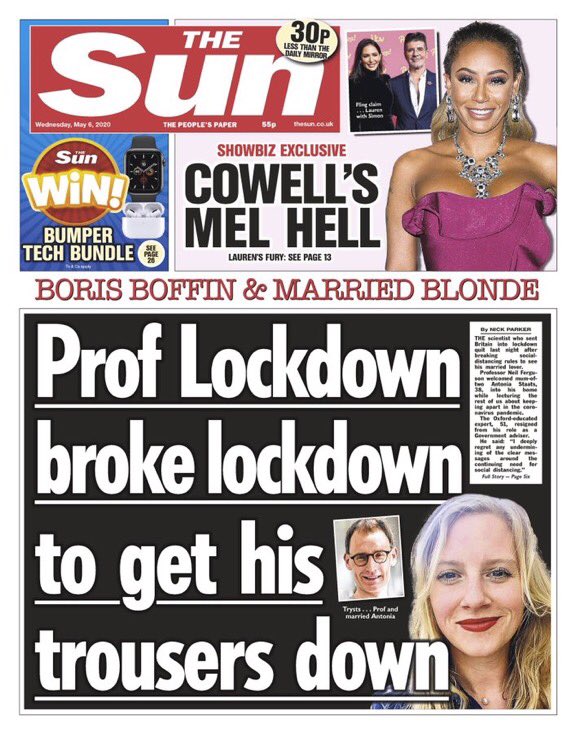 And the BBC also managed to descend several steps further into the abyss of government sycophancy.

The BBC: descending into the abyss

Firstly, every one of BBC News UK‘s tweets about the death rate was constructed with an effective ‘but’. So, the UK has the highest death rate in Europe – ‘but’ the government says our counting is different!

The UK now appears to have more deaths than any other countries in Europe, what is the government's response? asks @DavidShukmanBBC

Another ‘but’, now with “experts” thrown in just to reassure us that we shouldn’t panic:

The UK now has highest number of officially recorded coronavirus deaths in Europe – but experts warn it will be months before full global comparisons can be made https://t.co/B2LMiYBXfF

And another, again questioning the notion that the UK has the highest death rates in Europe:

The UK death toll is now the highest in Europe, but can you make a fair comparison between countries?

Even the BBC‘s fact checking service BBC Reality Check got in on the act. It said that the “UK overtakes Italy”. Instead, why didn’t it say “the UK now has the highest number of deaths in Europe”?

UK overtakes Italy on total number of #coronavirus deaths, according to the daily figures announced by both governments.
So, can you make a straightforward comparison between the two countries?
Here are some of the factors to take into accounthttps://t.co/H4TuynxThJ

While the accompanying articles to the tweets drilled down into some detail, the headlines told a different story. And this is our public service broadcaster’s approach to journalism all over.

Many people who use social media could well see these tweets, think that we shouldn’t take the UK having the highest coronavirus death rate in Europe too seriously, and carry on with the rest of their day. It’s this kind of low-level yet manipulative propaganda that the BBC does so well. It doesn’t scream like the Daily Mail. It drops in key government lines to ensure that the majority of people get the right message.

It’s debatable whether you can compare the UK’s and Italy’s death rates. But in this instance, that’s not the point. The BBC was essentially parroting the government’s line, repeatedly. Considering it’s a public service broadcaster, it should have balanced this series of tweets out with some alternative viewpoints. But it didn’t. And in some respects, this makes its conduct worse that the privately-run corporate press.

Throughout the pandemic, the BBC‘s news output has done little more than provide cover for the Tory government. Now, it’s propping it up by playing down the extent of the devastation unleashed upon the UK. Couple this with the right-wing press’s ‘gossip column’ front pages and, as musician and activist Lowkey summed up:

Is this what a "functioning democracy" looks like on the day the government admits to the highest death toll on the continent? https://t.co/39yvMaKHek

The Tories are treating the public with contempt. And our corporate-dominated press is assisting them.