A scandal on the Isle of Man shows how reactionary it is. And not for the first time. - The Canary 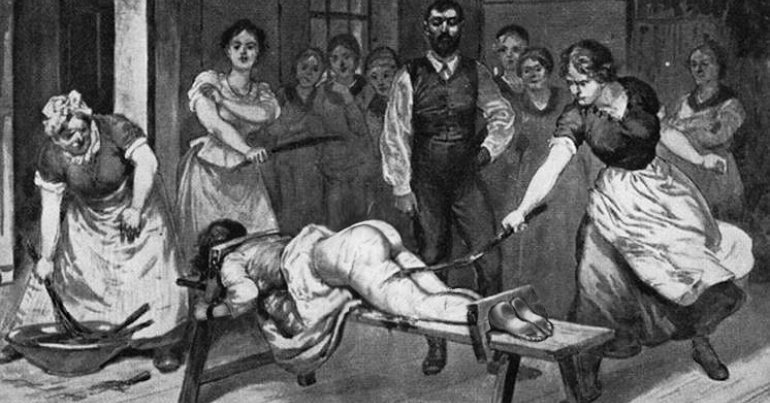 The Isle of Man, a tiny island in the Irish Sea that is one of the UK’s three British ‘Crown Dependencies’, has just become an unlikely focal point in the global debate about Black Lives Matter following the death of unarmed African American George Floyd in the US. Because comments made by a presenter during a broadcast of the island’s local radio station have sparked outrage well beyond the shores of the obscure tax haven.

We shouldn’t be surprised, though. The Isle of Man has a long and checkered past of clinging to reactionary ideas. Throughout its history, it has had to be dragged kicking and screaming into the present on issue after issue, including some downright medieval practices long abandoned on the British mainland. Meanwhile, its tax haven status means it has been ripping off the British public as well as serving as a headquarters for all manner of sleazy financial shenanigans.

This sordid record raises big questions about the continuation of its special status.

On 3 June, Manx Radio presenter Stu Peters got into an on-air spat with a Black island resident. The man had called in to challenge Peters about comments he had earlier made on an online forum. Peters is believed to have written “all lives matter” and expressed other sentiments aimed at downplaying the issue of white privilege. He also implied that a protest planned to take place in the island’s capital was pointless, saying “I don’t understand why people on the Isle of Man are protesting in support of Black Lives Matter in America, which is 3,000 miles away”.

In response, Manx Radio announced that it had suspended Peters until further notice and that the incident was being referred to the Communications Commission for review. A statement read: “It is important as the Public Service Broadcaster for us to emphasise that we do not condone racism, nor are the views of our presenters always the views of Manx Radio”.

Far from an isolated incident

The remarks have come under heavy fire on social media as well. But it seems that Peters’s attitudes are hardly anomalous in the Isle of Man. One Black island resident posted on Facebook a long list of racist incidents that she herself and other Black people on the Isle of Man have been subjected to. And political candidate Haafizah Hoosen said she had been subject to “terrifying” racism on the island:

Once my candidacy was formally announced and publicised, it became very apparent that racism and Islamophobia is not dead and since the announcement I have been the subject of multiple racist and Islamophobic comments online and (terrifyingly) in person.

It’s also worth pointing out that Peters’s remarks were not just insensitive but also ahistorical. Because like many places in Europe, the Isle of Man played a significant role in the trans-Atlantic slave trade in which millions of people were forcibly taken from Africa to the so-called New World in bondage.

For a number of obscure historical reasons, the island makes its own laws – even though the British government is responsible for its defence and international affairs. And on social reform, in particular, the Isle of Man has used its self-governance to stubbornly cling to laws long ago repealed on the British mainland.

For example, it didn’t abolish the death penalty or decriminalize homosexual relations between consenting adults until 1992. Even more shockingly, a barbaric form of corporal punishment known as ‘birching‘, in which a person’s bare buttocks are whipped with tree branches, was still practised on the island as late as the 1970s. The island only reluctantly abandoned it following the intervention of the European Court of Human Rights. And as with capital punishment and anti-LGBTQI+ laws, birching was not officially outlawed until the early 1990s.

The island is also a seedy tax haven that has both ripped off the British public on the mainland and facilitated all manner of shady financial dealings.

But due to a (supposedly accidental) miscalculation, the Isle of Man was receiving as much as £233m per year more than it should have been every year. This payment reportedly accounted for roughly a third of its government’s income in some years.

This overpayment has essentially subsidized the Isle of Man’s ability to remain a tax haven. The island’s so-called ‘low-tax jurisdiction’ includes a 0% corporate tax rate along with a series of other low-tax measures including no capital gains tax and no inheritance tax. In 2017, about a decade after the overpayment was discovered, reports emerged that, despite the UK government’s moves to correct the error, the Isle of Man was still receiving more than it should.

It looks as if the UK is still heavily subsidising the Isle of Man to be a tax haven….

Bizarrely, the UK is effectively paying the Isle of Man so that it can undermine our tax system by offering low or zero tax rates to those seeking to avoid their UK tax bills.

As The Canary has previously reported, the combined cost to the British public of the tax avoidance, tax evasion, and tax-not-paid that is facilitated by the global tax haven system (of which the Isle of Man is a part) totalled £122bn in 2014. In a cruel irony, this amount is more than the total budget cuts imposed by then-prime minister David Cameron for the entire duration of his first government (2010-2015). This is no small matter given that multiple research reports, including one conducted by the British Medical Journal and another by the Institute for Public Policy Research, have concluded that just some of the Tories’ austerity policies have led to the deaths of at least 120,000 people since 2010.

The Guardian, meanwhile, reported in 2017 that:

Manx companies [based in the Isle of Man] have been used to transfer Kremlin-controlled state funds into Twitter and Facebook; they have obscured the financial connections between two Premier League football club owners; and they have been used to issue $1bn (£764m) of tax refunds to wealthy private jet owners, including sanctioned oligarchs from Vladimir Putin’s inner circle.

The combined Isle of Man entries in the Panama Papers and Paradise Papers, meanwhile, total more than 30,000 (the Isle of Man’s population is only about 84,000). Meanwhile, anyone who dares to shed light on this situation is quickly dealt with by the island’s powers-that-be. One whistleblower named Catherine Turner, a middle-aged mother of two, was subjected to a vicious and protracted smear campaign for exposing some of the Isle of Man’s dirty secrets to the global public.

Jeremy Corbyn would have fixed it…

Former Labour Party leader Jeremy Corbyn suggested in 2016 that the UK government should consider direct rule on the Isle of Man and other ‘Crown Dependencies’. Corbyn pointed out that they could be given a simple choice to either harmonize their tax codes with that of the British mainland or else lose their special status. He noted that this could easily be done since the government in Westminster is ultimately responsible for their ‘good governance’. Corbyn said:

If they have become a place for systematic evasion and short-changing the public in this country, then something has to be done about it. Either those governments comply or a next step has to be taken.

And far from representing some kind of historical first, reimposing direct rule on a British protectorate has already happened within living memory. In 2009, for example, the BBC reported that “The UK has imposed direct rule on the Turks and Caicos Islands after an inquiry found evidence of government corruption and incompetence”. Indeed, the Isle of Man’s current political set-up only dates back to 1986 when Miles Walker became its first ‘chief minister’. So bringing the Isle of Man back into direct rule would be relatively simple – and with a population of roughly 84,000, the island would get one MP in Westminster just like the Isle of Wight (which actually has a slightly larger population).

Some residents might complain that doing so would ‘make the island sink’ by making it less attractive for businesses to locate there and, in turn, lowering its population. But we must consider why, of the many minor islands around the UK, only one should be allowed to set its own tax rates and, in the process, undercut neighboring jurisdictions’ ability to raise public money. All of these other islands, from the Isle of Wight to the Shetland Islands, sink or swim based on their own merits with the same tax code as the British mainland. And if the Isle of Man’s population decreases as a result, then this would simply be a case of an artificially high population caused by unnatural economic conditions shrinking back to a more normal population under natural conditions.

…but now who will?

Unfortunately, meaningful action against the Isle of Man and other tax havens will likely be off the table in the UK for the foreseeable future. Because as The Canary has also previously reported, many Conservative Party backers, and possibly even sitting Tory MPs themselves, benefit from this setup.

Tax justice activists must press hard to keep this issue on Labour’s agenda in the post-Corbyn era. Because though the Isle of Man might have belatedly and reluctantly come around to civilized thought on social issues, it seems to still be trapped in an eternal past. As crude and ignorant as they were, Peters’s comments form just one small part of a rich tapestry showing why that’s the case. Moreover, the island continues to abuse its ability to set its own tax rates, causing great harm to others in the process. The only way to fully bring the Isle of Man into the 21st century is to end its special status once and for all.