If you 'love' politics, there's something wrong with you. Let me explain what. - Canary 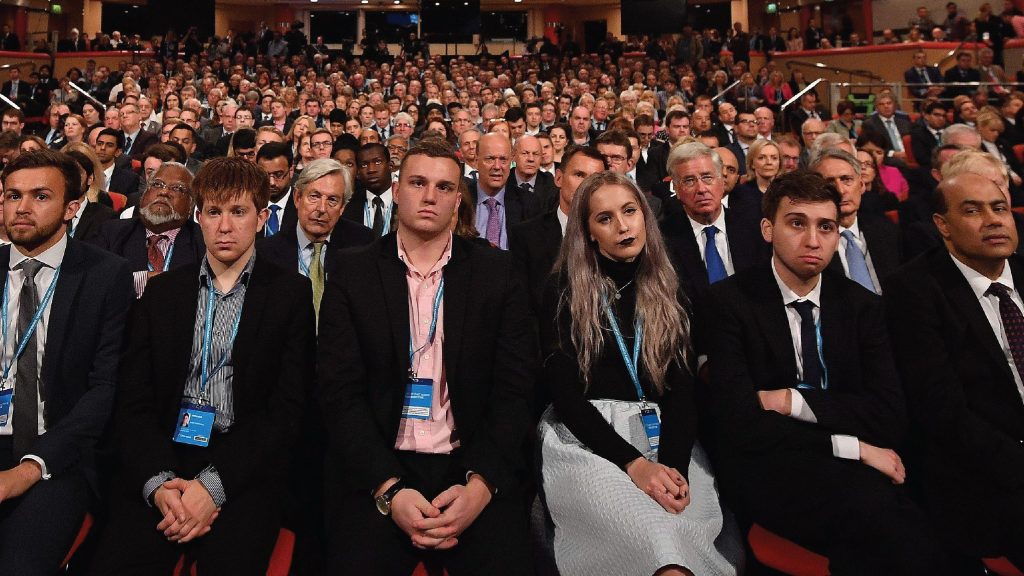 Politics watching has hit the sort of highs you only see when things are going very, very badly. While engagement is a good thing, there is one group that’s suffering – namely the weirdoes and pundits who treat politics like some drab combination of Game of Thrones and the snooker.

For them, the constant reminder that parliamentary drama has real life consequences harshes their buzz. It doesn’t harsh it as much as it harshes the lives of those who experience said consequences, but still, it has made their Twitter interactions some 27% more disagreeable.

The question is who are these people and what’s wrong with them?

Undoubtedly you’ve come across these hobbyists. You generally see them online – the majority dreary centrists who care more about processes than outcomes – the sort of people who tut when the Tories vote to starve children but gag when said Tories get called ‘scum’.

These people hate the right and left pretty much equally because both groups want to change things. The right wants to make life increasingly lavish for the few; the left wants to make the world bearable for the many. To the hobbyists, either result would be intolerable precisely because they’re results – outcomes that mandate change. This is why they object to anything beyond tepid managerialism with the same impotent fury that regressive football supporters deployed against female linespeople.

As an autistic person, I get the inclination to avoid change. The difference is, I’m worried my cheese grater might end up in the wrong cupboard, whereas they’re terrified someone will upend a political model that’s consistently failed to improve people’s lives. A model that can’t even stop things getting worse! A model that’s failed so badly that change isn’t just desirable, it’s inevitable. 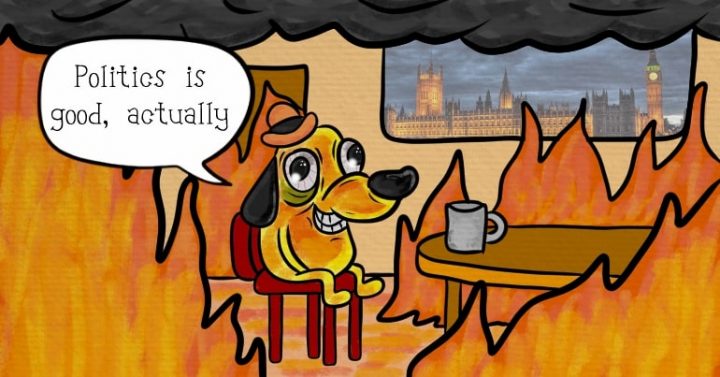 What’s wrong with these people?

My name is Matt Forde and I’m a political obsessive. There, I’ve said it. I made that pretty clear in the introduction, but I want to be absolutely certain that you know what you’re in for. I’m consumed by anything to do with politics and I am beyond help. I love every part of it – the ideas, the individuals, the debate, elections, committees, scandals, inquiries, budgets, mistakes, the lot. Every tedious element of it engages me.

I read that and thought:

But most of those things aren’t fucking politics, Matt.

And yes – technically they are – but they’re such a small part that they shouldn’t make anyone’s greatest hits list. These things are to politics what a baboon’s arse is to the animal itself – a vulgar extremity that catches attention but produces little other than shit.

Politics is feeling the crushing weight of the British state pressing down on you. For me it was being told my son needed support, only to learn from some government stooge that he wouldn’t be receiving it –  freezing him out of a mainstream education. For others it’s going to bed in a tower block that could literally catch fire. For many it’s being disabled and not having enough to live on – knowing full well the government sees you not living as part of the solution.

More importantly, politics is looking at all of the above and asking yourself:

How can I stop this shit happening?

Unless you’re a Tory, in which case you ask:

How can I profit from this shit happening?

The hobbyists enjoy questioning the fundamentals of politics about as much as the man who built his house on sand likes people asking about his foundations. They’re happy in their little house. They’ve got a view of the tide coming in and everything.

The other homelessness crisis

The title of Forde’s book, Politically Homeless, didn’t come out of nowhere. In the Corbyn era, many dull pundits and Iraq war apologists had it tattooed on their foreheads to save time. The thing is, these hobbyists should feel out of place in a worthwhile political operation. The Labour Party was formed to represent the interests of the working class. It’s hard to imagine it having the same societal impact if Keir Hardie had devised it as a social club for bored fops to sit around watching Prime Minister’s Questions and quivering.

The problem with a lot of politics watchers is they aren’t in any sense political – they’re looky-loos. Which would be fine, except they want to insert themselves into the heart of the process – like bird watchers who decide they know more about flying than ducks and go flapping off into the marshes.

So they’re freaks, in other words.

And while there’s generally nothing wrong with being a freak, it does become problem when someone’s need for guilt-free hobby time gets in the way of actually improving things.

Some people go into politics for all the wrong reasons and to be quite frank don’t have any real politics or life experience to bring to the table. It’s like some sort of weird hobby to them. Therefore don’t be surprised when they turn out to be disappointing

A love of politics isn’t the worst passion a person could have. At the same time, I’d advise the hobbyists to love it from a distance. They think it’s fun and games, but trust those who’ve had an actual relationship with politics – this baboon’s arse isn’t worth your affection.