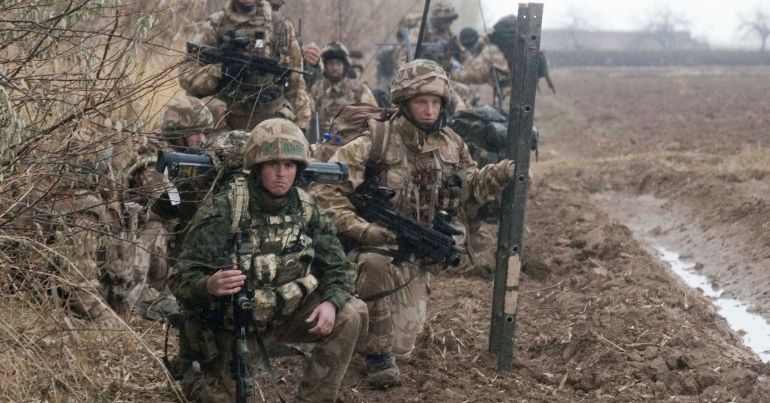 The Overseas Operations Bill may or may not pass its third reading on 3 November. But for a diverse range of thinktanks, military charities, human rights organisations, legal experts, and former military personnel the verdict is already in: this legislation isn’t fit for the statute books.

The recently published report by a parliamentary committee is just the latest tearing apart of the bill. But there is more to this issue than legal details or turns of phrase to be haggled over here and there. This bill is a gross betrayal of British troops and veterans, an attack on the rule of law and human rights, and it will prevent victims of abuse by UK troops from getting any semblance of justice.

It is, of course, the case that military personnel are never the primary victims of UK foreign policy. That title belongs to those who are invaded and occupied. But as a working class veteran myself, one aspect of this legislation has a particularly personal resonance for me.

This bill can and should be read as an attack by the officer class on the men and women from the ranks. Many of the architects of the bill, and its most rabid cheerleaders in the Conservative Party, are former commissioned officers: the posh boy boss class which has, for generations, sent people like me to their deaths on behalf of British capitalism.

Many of these former officers have spent years positioning themselves as champions of the troops in parliament. This bill proves, once again, that nothing could be further from the truth.

Look through the transcript of the second reading debate in Hansard, and look up the leading figures backing the bill. You will already know some of the names.

The class dynamics of this bill are made even clearer when you look at the lack of representation of working class veterans and personnel during committee hearings.

It is true that the British Armed Forces Federation (a talking shop which occasionally plays at being a military union before shying away from the role) and the Royal British Legion (an organisation designed to bring the radicalised soldiers of WW1 “back to their old leaders, the officers”) were critical of the bill. But these establishment organisations can’t replace the voices of real soldiers, sailors, and airmen. Those in the ranks appear to have been largely frozen out of a process which will affect them most of all.

It is a great tragedy, and a commentary on the state of this country, that so many veterans have cheer-led their own stitching-up. Certainly there is a section of British society, riled up by the culture wars, which will rally around anything wrapped in the Union Jack. This bill is such a thing and many veterans are part of that section of our society.

Only more recently have people started to realise that far from being a patriotic defence of Our Boys and Girls, the bill is an assault on their rights.

Now more than ever, I lament the centrist sabotage of the last election and the missed opportunities. Because for the first time in British history, a potential prime minister, Jeremy Corbyn, pledged to consult on the creation of a proper representative body for the armed forces – in effect, a union without the right to strike – which personnel could use to defend themselves against the officer class.

I will watch the debate with great interest, but on the evidence of this bill the idea that the Tory Party is a friend to service personnel and veterans needs to be laid to rest. Because it isn’t your average soldier who will benefit from these new proposals. It is the officer class.