How to fight the witch hunt, and win - Canary 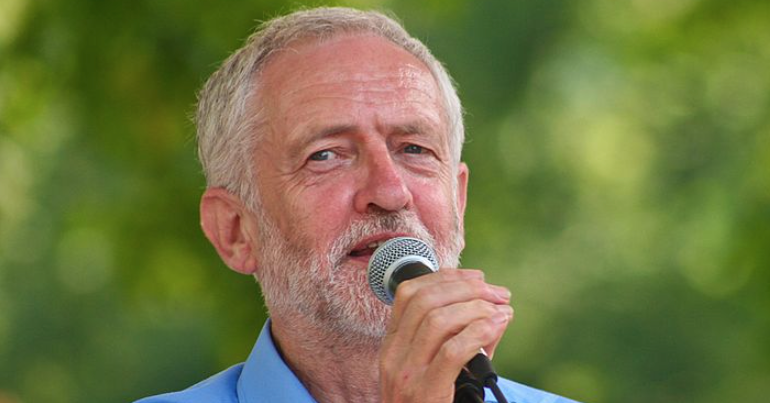 21 comments
Support us and go ad-free

Anyone still arguing the antisemitism smear campaign is anything but a witch hunt is a liar, an idiot, or both. It is a cynical attempt to shutdown the anti-apartheid struggle of the Palestinian people and their allies. It is a horrific abuse of Jewish trauma and identity. And for a campaign claiming to act on behalf of Jewish people everywhere, it saves some of its cruellest abuse for anti-zionist and/or left wing Jews. Every capitulation emboldens them. And that’s why it has to stop.

All those people who claim to care about civil liberties & freedom of speech should be up in arms about what's happening, so far they're silent” pic.twitter.com/f5WmX2Ucta

The rise of Corbyn threatened overlapping interest groups. Zionists of all stripes; conservatives; middle class liberals who prefer working class voices on mute; all recoiled in horror at the mass movement of working class, internationalist, anti-racist socialists. What to do?

First Corbyn was laughed off as a “Magic Grandpa“. When that didn’t work, he was made out to be a “terrorist sympathiser“. At one point they even alleged he was a Czech spy. It was smear after baseless smear, and none of it stuck. And so began a near half-decade campaign to pretend he was an “existential threat” to British Jews. Anyone reviewing Corbyn’s decades-long career in parliament, and his actions outside of it, knows this is nonsense. Most of the people promoting it feverishly know it’s nonsense. But instead of confronting that directly, a policy of appeasement has put Labour back in the hands of these gaslighting smear merchants.

We can forgive anyone who was put on the back foot by this on day one. As anti-racists, our very first response is – and should be – to treat accusations of racism in good faith. But when it becomes abundantly clear that people are using the issue to wage a factional political battle, indulging it is a catastrophic mistake. It’s a failure of solidarity and strategy to reward your enemies and punish your allies. And anyone advising Corbyn to capitulate any further to this campaign is jeopardising the Left and the Palestinian struggle.

Above all, this is a disinformation campaign. It seeks to make the simple complex. The fact that Israel is an apartheid state, illegally occupying Palestine, is simple. The role of hasbara (Israeli disinformation) is to fudge the issue. As Tanzil Chowdhury wrote for openDemocracy during apartheid Israel’s Summer 2014 assault on the Gaza Strip:

The hasbara machine is most dynamic in the crescendos of the illegal occupation and blockade such as we have seen unravelling before us over the last month. But it moves beyond mere silencing tactics, equating criticism of its government with anti-Semitism or exceptionalising suffering.

The witch hunt argues people oppose Israel, not because of apartheid, but because of their hatred of Jews. No evidence is required to substantiate the claim. If offered, it mostly amounts to the last five times the witch hunt smeared someone. This self-referential disinformation network picks a target, drops its payload, and hopes the pressure generated will force a reaction. An apology, a cancellation, a suspension, a hostile environment. And so every time anyone gives them that, they enable and embolden the witch hunt. Each bogus apology empowers those false narratives, giving them a weight and a credence they don’t deserve. Ultimately, it makes it more likely that they will continue to escalate their attacks.

And they did. This is why Corbyn is now unable to sit in parliament as a Labour MP.

The witch hunt continues to attempt to shut down its critics with bogus accusations of antisemitism. On Sunday 29 November, they attempted to claim I was suspended from Twitter for antisemitism. In fact, my two suspensions were for criticism of the far-right. In one case, a literal Nazi. I shared the image of a story circulating since 2016, of a man wearing a swastika neck tattoo and a poppy at a Remembrance Service.

They reported that tweet en masse, triggering an automatic suspension. It didn’t matter to them that I was explicitly condemning Nazism in the tweet, they reported it as hate speech. They risked making Nazis a protected category in order to pretend I am an antisemite. Let that sink in.

Then on Sunday, another suspension. This time, the witch hunt took full credit online, with a number of figures claiming to have reported a tweet of mine as antisemitic. What was the tweet?

Imagine if during a day of international solidarity with the oppressed of Apartheid South Africa, the Labour leadership opted instead to spend the day with white supremacists.
That’s what Keir Starmer and Angela Rayner are doing today.#FreePalestine #PalestineDay pic.twitter.com/qw96vOOby7

There was a sincere attempt to claim this fair, obvious and widely-shared comparison was actually antisemitic. As Jewish former South African ANC MP Andrew Feinstein points out, this is nonsense.

It was about a tweet comparing Apartheid Israel with Apartheid SA. That is not antisemitic. In fact, Jimmy Carter wrote a book about it. It is a comparison made by, amongst many others, Mandela, Tutu, Noam Chomsky, Denis Goldberg & me. I’ve experienced both 1st hand https://t.co/luvfxEIjgS

Thanks to an amazing response from new left media and socialist Twitter, the social media company restored my account, claiming the suspension was a “mistake”.

We need to do this with our chins up and our chests out. Enough of being cowed and apologetic for our very existence. Enough with the godawful attempts at optics-friendly triangulation. And for goodness’ sakes enough with shunning new left media while embracing a toxic establishment media.

These people are lying, and it’s time to say that out loud. Because, in the words of Russian revolutionary Victor Serge: