As the Ethiopian government claims victory over Tigray, the UN warns the conflict isn't over - The Canary 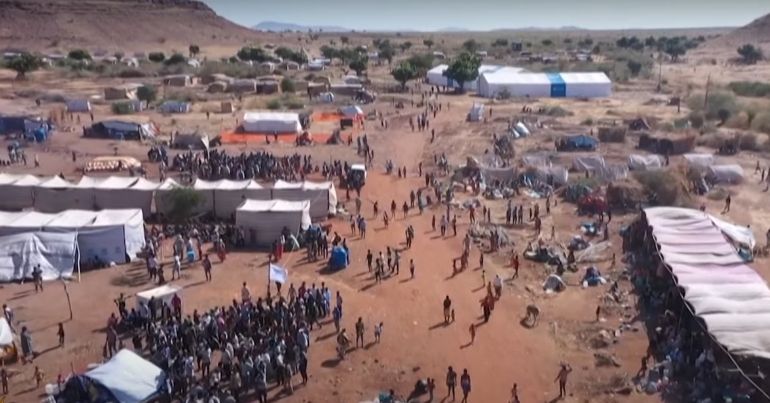 The United Nations (UN) has warned that hundreds of thousands of displaced people could still be in danger, after the Ethiopian government declared victory over Tigray.

The UN refugee chief Filippo Grandi voiced his concerns for nearly 100,000 Eritrean refugees, as there are reports some have been abducted. He said Ethiopia announcing victory does not mean the fighting has finished.

would be major violations of international norms.

It is my strong appeal for the prime minister of Ethiopia for this situation to be addressed as a matter of urgency.

When the conflict started, the UN warned that it could displace up to nine million people and prevent vital humanitarian relief.

Sudan has taken in over 40,000 refugees who have escaped fighting in Ethiopia’s northern Tigray region.

As a result, Grandi has called for $147m to help Sudan support the refugees. This financial aid would allow the UN and Sudan to provide food, water, medicine, and shelter.

“We want to go back home if fighting ends and we are sure that we will be safe from any kind of violence.”

This is what I heard from many Ethiopian refugees from #Tigray in Sudan in the last few days.

And this requires a sustainable, peaceful resolution to the conflict. pic.twitter.com/uh5XefSMcm

People are fleeing fighting in the Tigray region. The conflict began in early November after tensions intensified between the region’s ruling party the Tigray People’s Liberation Front (TPLF), and central government.

The conflict escalated quickly, with diplomats saying that rockets were fired at Asmara, Eritrea’s capital.

There have been several reports of civilians being killed in the fighting. Amnesty International reported a massacre in the south west of Tigray on 9 November.

On 28 November, Ethiopian prime minister Abiy Ahmed Ali said forces loyal to the Ethiopian government had taken control of Mekelle, Tigray’s capital. He said that military action in the region would cease.

I doubt that TPLF nor a sizable share of the Tigray population will accept a coercively imposed government and a party which do not have any recognizable base in the region.

So, sadly, this will likely lead to a new phase of resistance and guerrilla warfare.

According to the International Committee of the Red Cross (ICRC), hospitals in Mekelle are close to breaking point. After a visit to a hospital in the city, the committee reported that around 80% of patients had traumatic injuries.

The hospital is running out of medical supplies such as antibiotics and sutures. It also doesn’t have enough food supplies or body bags.

The ICRC further said that refugees still in Tigray were coming to it for food and support. However, supply chain disruptions are causing difficulties in getting humanitarian resources to those dependent on them.