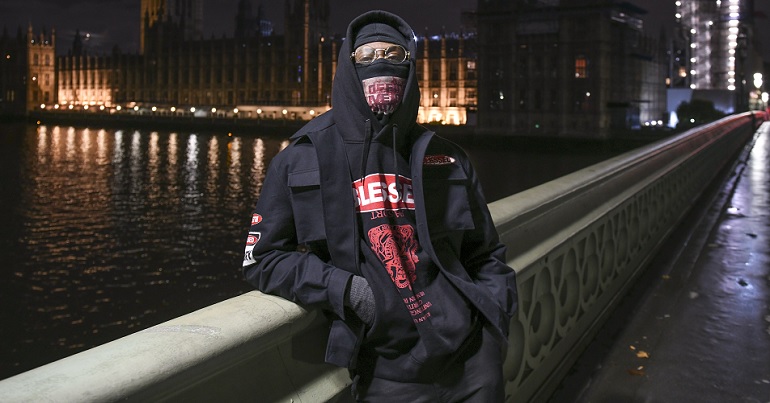 Boom. Bam. You know who it is. Yung Drilly, aka Drillminister – writing for The Canary. I’m running for London Mayor in 2021. And with the mess that our politicians have made in the past 12 months, we need radical change and quickly. So, here’s my message as we head to towards the New Year.

Black Lives Matter. But do they really?

This year has laid bare the open corruption and political violence in our society. It held a magnifying glass to the hate. And even though it’s obvious for all to see – nothing has changed.

The UK saw the reverberations of George Floyd’s murder echo across the streets of London. I stood shoulder to shoulder with Stormzy in the ‘Battle of Trafalgar‘. And I watched Patrick Hutchinson save the life of a racist former police officer. I shouted ‘no justice, no peace’ outside Downing Street:

But what did we get?

In London, nine out of ten children on remand are still from a Black, Asian or minority ethnic background. We are still statistically more likely to be unemployed or homeless. We’re more likely to be stopped by police and searched without committing a crime, more likely to be arrested, imprisoned or die in custody when use of force, restraint or mental health issues are involved.

3,000 people have died in police custody since 1969. That was the last time a police officer was convicted of murder/manslaughter in relation to this. So, if we do die in custody, it’s unlikely a cop will face the consequences:

I’m one of countless Black men whom the police have stopped and searched, despite not having committed a crime. I know first hand how this form of government harassment robs you of your basic human rights.

My campaign for mayor will be addressing the politically driven poverty that is the root cause of violence in London. It won’t be punishing those most affected by it. Stop and search is a prejudiced and ineffective policy. It targets poor people, and People of Colour, and as London mayor, I will end it immediately.

We have seen more than ever that poverty and homelessness are political decisions. The government finds money for firearms but not for food; hellfire missiles but not homes.

As part of my campaign, I worked with Streets Kitchen: a grassroots group that provides people in need with food, clothing and help. I handed out hot drinks to a woman living on the streets. She must have been eighty years old. I spoke to an Iraq war veteran who US forces blew up in friendly fire. The government left him to fight for survival when he returned home. Elodie from Street’s Kitchen told me “If the government doesn’t do something, hundreds will die this Christmas”:

I spoke to reformed drug addict Kevin Dooley about sleeping rough metres from parliament. He showed me the queues of people lining up for food in Central London. A line that grows everyday:

I wanted to understand the root causes of homelessness. So, I interviewed the former UN rapporteur on the right to adequate housing Leilani Farha.

Her organisation The Shift looks to change housing from a commodity to a human right. She told me that we must make it harder for tax-avoiding, so-called shell companies to buy up London homes. We can turn the capital into an inhospitable environment for the private companies causing homelessness.

We need to fight back

The UK saw our classist and classless politicians vote against feeding society’s poorest and most vulnerable children. Still, hundreds and thousands of kids will go hungry this Christmas. It is shameful Unicef is now working in the UK. And the reaction to this from miscreant MPs like Jacob Rees-Mogg is just as shameful too.

Instead of being a playground for the rich, we are going to build playgrounds for children. Right now there’s no justice. Just us and the government. And we need to start fighting back. Let’s make 2021 the year we do that.