A slight case of Mercer: the fall of a veterans' minister - The Canary 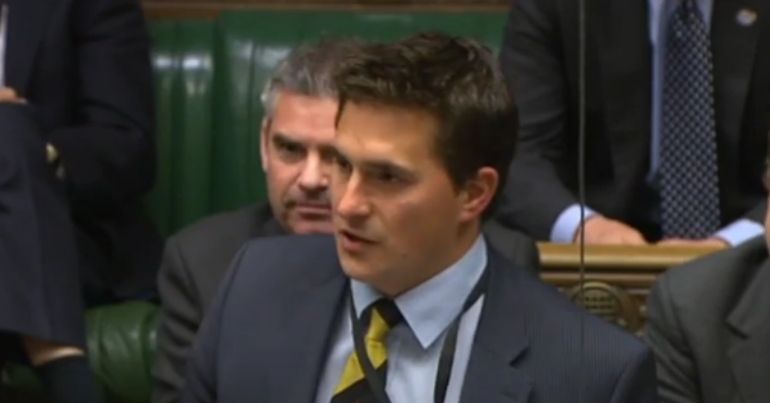 Johnny Mercer, the former Royal Artillery captain turned veterans minister, is out of a job. And the snarly ex-soldier isn’t very happy about it. Politics, he says, is a ‘cesspit of distrust’.

“You can’t unring the bell. You can’t see it and say, we’ll just let that slide and climb the greasy pole in politics.”@JohnnyMercerUK tells @Peston that after serving in the armed forces himself he couldn’t stand by quietly as the government failed veterans.#Peston pic.twitter.com/oo4WHr79WP

As a keen Mercer observer, I’ve followed his career with interest. When he gave his impassioned (though typically rambling) maiden speech to parliament on veterans care, I was one of many ex-military people who even bought into him a little bit. Finally, a lot of vets thought at the time, someone might do something about the suicides, the prison numbers, the homeless veterans and so on.

Not so. If anything, Mercer will be remembered as a man out of his depth. Also as a driving force behind a bill to make soldiers effectively immune from prosecution for wrongdoing during wartime: the so-called Overseas Operations Bill, better described as the War Crimes Immunity Bill.

And that toxic legislation may still come to haunt Britain, despite reports that its worst sections have been toned down.

Celebrations of the Govt’s concession on torture in the Overseas Ops Bill were sadly premature, as David Anderson explains. War crimes are excluded from the Govt’s proposed amendment. The Bill returns to the Commons this afternoon. https://t.co/4npbT0G309

Support for Mercer has plunged even on military online forums in recent years. And this is the very place he’d enjoyed popularity as a self-appointed champion of the military community at the start of his political career. He has since become notorious as a serial blocker of veterans who even mildly challenge him on social media.

In the end, he became a figure of absurdity, known as much for his strange public antics as for the values he constantly referred to.

A slight case of Mercer

Among his greatest hits was squaring up to ‘unwashed’ protesters, at the party conference in Manchester, who asked him if he was a Tory:

I was getting a little annoyed. ‘Yes I am a f***ing Tory mate, is that ok with you?’ He started pointing me out to his mates, who all looked like they had spent a considerable period away from any sort of washing facilities. In fact, some of my lads looked better in Afghanistan after an 18 day patrol. And smelled nicer.

On another occasion he announced, somewhat bizarrely for a veteran of Afghanistan and Iraq, that the British Army was in the business of helping the oppressed:

The application of violence to defeat the enemies of the nation has become worryingly unpopular. Nothing wrong with fighting (yes killing) for values/what you believe in. The oppressed/bullied/tormented/voiceless deserve it. Join the fight; best thing you’ll ever do. https://t.co/pkKHy32Sgi

There have been several write-ups of Mercer’s time as a minister. The best so far is by journalist Iain Overton (also blocked by the former minister). It recalls Mercer being confronted by a parliamentary committee about the Overseas Operations Bill on the idea that claims were “vexatious,”. And this is a term he used relentlessly while apparently not really understanding what it meant:

When asked by Parliament’s Joint Committee on Human Rights “what he meant by vexatious prosecutions brought by the [Ministry of Defence] against armed forces personnel”, its report cited that Mercer “seemed not to understand the question”.

Mercer remains an MP, but also a case study. As a veteran of the same war, I’ve come to think of him as a kind of personification of the failed officer class which oversaw the disasters in both Iraq and Afghanistan.

Beyond that, like many veterans on the political right, he has continued to see the world through the black-and-white lens of the military. A lens which, on this evidence, is completely unsuited to the complexity of the real world and to the amoral, dog-eat-dog nature of Tory politics.

In the end, though, despite his efforts to frame himself as a victim of internal backstabbing, his political demise was self-inflicted. A case, if you like, of Mercer most foul.