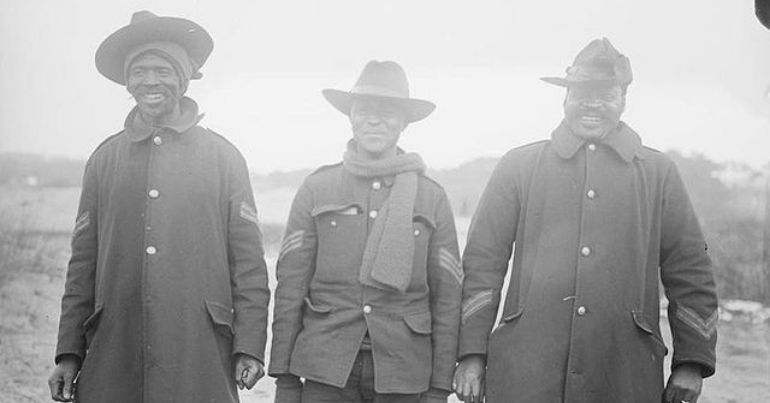 The UK government has apologised for failing to equally commemorate up to 350,000 British Empire troops who died in WW1.

The controversy centres on a report on equality of commemoration by the Commonwealth War Graves Commission (CWGC). This report came off the back of a 2019 documentary on the issue presented by Labour MP David Lammy.

The report shows that tens of thousands of imperial troops were not commemorated in the same way white soldiers were. It also found that somewhere between 116,000 and 350,000 servicemen were either not commemorated by name or overlooked entirely. Most of this group came from African, Arab, and Asian countries:

This report estimates that between 45,000 and 54,000 casualties (predominantly Indian, East African, West African, Egyptian and Somali personnel) were commemorated unequally.

A further 116,000 casualties (predominantly, but not exclusively, East African and Egyptian personnel) but potentially as many as 350,000, were not commemorated by name or possibly not commemorated at all.

The organisation accepted a degree of responsibility for the imbalance:

Although conditions and circumstances sometimes made the IWGC’s job difficult or even impossible, on many occasions differences in commemoration were avoidable. This report finds that the IWGC is responsible for these shortcomings – either because of its own decision making or its complicity in the decision making of other authorities.

It also acknowledges that “prejudice” played a role:

Despite clearly making this argument, this report also shines a light on wider administrative errors and prejudiced attitudes that influenced or played a role in bringing about these issues.

Ultimately, many of these errors and attitudes belonged to departments of the British Imperial Government, including the War Office and Colonial Office.

He also tweeted that the unequal treatment amounted to a form of apartheid:

We're being criticised for using the word apartheid to describe Voi Cemetery in Kenya. I struggle to think of a better phrase to describe this place. Watch for yourself.
The other outrage is that the Commonwealth War Graves commission knew about this for years – and did nothing https://t.co/ZlPr12Piea

Olusoga then linked to the 2019 documentary made by David Lammy. Here, Lammy discovered that East African troops had been buried without headstones. He also found that most of these headstones are in what is now an overgrown verge between a road and a well-preserved cemetery for white troops in Kenya.

In a Guardian piece on the issue, Lammy described some of the attitudes which had led to the unequal commemorations:

The logic for this outrage was explained by Gordon Guggisberg, the governor of the Gold Coast (now Ghana), who wrote in 1923: “The average native of the Gold Coast would not understand or appreciate a headstone.” A War Graves Commission document refers to African soldiers and carriers as “semi-savage”. Another states “they are hardly in such a state of civilisation as to appreciate such a memorial”, and “the erection of individual memorials would represent a waste of public money”

A founding principle of the war graves commission was that those killed in the war, whatever their rank or background, should have equality in death.