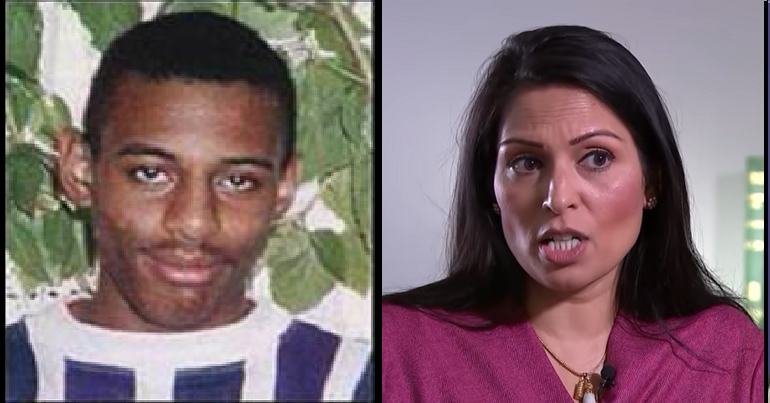 To the surprise of many, a US police officer was convicted for killing a Black man this week. Minneapolis police officer Derek Chauvin was found guilty of the 2020 murder of George Floyd. The killing sparked protests against police violence and structural racism across the world.

The conviction has informed a typically British debate about how structural racism is a peculiarly American problem, and not at all the kind of thing that we Brits do. Chauvin’s conviction coinciding with the anniversary of Stephen Lawrence’s racist murder, however, tells a different story.

Today is Stephen Lawrence day. Stephen was our George Floyd. His death and the work done by his mother and family changed our country forever. I salute Stephen. I salute the warriors like Baroness Lawrence that made his name synonymous with the battle for equality and justice.

Moreover, Priti Patel’s Home Office has been busy proving that structural racism is very much a British thing, by deporting people in its usual bumbling style and/or getting sued.

It was reported on Thursday 22 April that the department had broken its own guidelines. This was in a case involving Vietnamese migrants. Of a group of 14 enforced removals flown out of Birmingham on Wednesday, six weren’t held in an immigration removal centre for five days prior to deportation as the current rules require. The five-day rule is to allow access to legal advice in the late stages of removal.

We understand from the government’s lawyers that at least six people expelled on yesterday’s flight to Vietnam were taken in direct breach of the Home Office’s own removal policy intended to ensure proper access to legal advice. If correct, this is a breach of the rule of law, may have put lives at risk and must be urgently reversed. The home secretary has serious questions to answer – in court if necessary.

It’s also been reported that an Angolan woman is suing the Home Office. She claims that staff refused to call an ambulance to her immigration accommodation despite her being 35 weeks pregnant and bleeding at the time.

She recounted the events:

The man at reception kept saying I had to call for help myself, that they couldn’t do it, but I couldn’t talk because I was in too much pain …

He was shouting at me, saying I was bleeding on their chair. I didn’t know what to do and I felt like nobody was listening … I was terrified. The connection I had felt to my baby was so strong, and I felt like it was disappearing.

The woman, anonymised as Adna in the report, said a fellow resident eventually called emergency services. She was taken to Croydon hospital and was later told that her baby had died.

The Guardian reports her lawyers are bring a claim for:

negligence leading to personal injury, psychiatric damage, distress and anxiety. They also claim discrimination and breach of human rights under the Equality Act.

Our client has experienced a catalogue of mistreatment, all linked to her being a woman, pregnant and black.

As we wait for #GeorgeFloydTrial verdict let’s also remember that in the UK, this Thursday, April 22nd, marks #StephenLawrenceDay.
We need to work harder than ever to action anti-racism across society and tackle institutional and systemic racism in Britain. #BlackLivesMatter pic.twitter.com/L4u5uPCBKN

The above incidents reported this week, together with Stephen Lawrence Day, go to show that the UK is far from innocent when it comes to structural racism. Let’s not forget that as we discuss Chauvin’s conviction, remember George Floyd, and say ‘Black Lives Matter’.