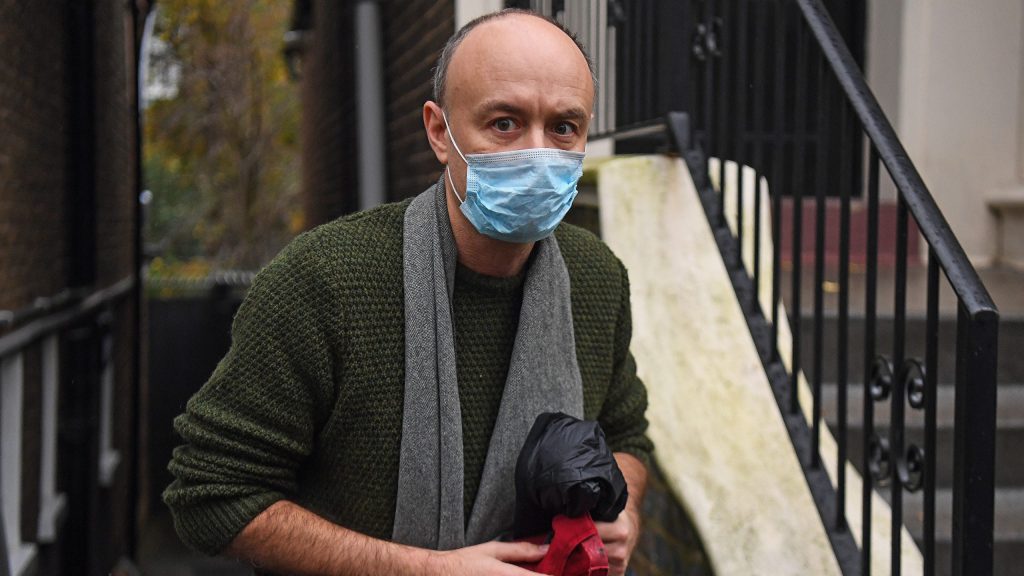 Labour is reportedly calling for a senior minister to face questions in parliament this week over accusations former adviser Dominic Cummings has made against Boris Johnson.

The Observer and the BBC report that the party is hoping to be granted an urgent question. It would summon the government to the House of Commons to account for allegations from Cummings.

In an incendiary blog post, Cummings accused his former boss of plotting an “unethical, foolish, possibly illegal” plan. The plan was aimed at getting Tory donors to secretly fund a lavish refurbishment of Johnson’s Downing Street flat.

Johnson’s fiancee Carrie Symonds has overseen the revamp, reported to have cost £200k. The government has previously said Johnson paid for it out of his own pocket.

However, Labour said that Johnson needed to explain how he obtained the money in the first place to pay for the work.

Shadow communities secretary Steve Reed said the government must publish any correspondence relating to payments or donations around the refurbishment. The Labour MP told the BBC Radio 4 Today programme:

We need to know the full amount that was spent and we need to know who paid for the work in the first place, who the Prime Minister now proposes to reimburse …

If people are making significant donations to the Conservative Party, to the Government, we need to know who they are so that we can make sure the Government isn’t doing favours for them in return.

That is what sleaze is all about. That is the behaviour of a tin-pot dictatorship. Britain, frankly, deserves a lot better than that.

Conservative former attorney general Dominic Grieve also called for transparency. He described the prime minister as a “vacuum of integrity”. Grieve, a long-standing critic of Johnson, told the 4 Today programme:

It is all smoke and mirrors. He hasn’t said when he decided to repay it or whether he has now repaid it …

The fact is that he did get, I think it has become quite clear, a significant gift towards the refurbishment of the flat.

My impression is there has been constant wriggling about the source of the money for this refurbishment.

Cummings’s claim was part of a wide-ranging attack. It came after No 10 sources briefed newspapers that the former aide was the source of a number of damaging leaks. These included text messages exchanged between the prime minister and entrepreneur James Dyson over tax matters.

It follows Cummings’s dramatic departure from No 10 in November 2020. This was amid the fallout of a bitter internal power struggle with Symonds.

In his blog post, Cummings also accused Johnson of seeking to stop an inquiry into the leak of plans for a second coronavirus (Covid-19) lockdown. Johnson allegedly tried to stop the inquiry over fears that it could implicate Henry Newman, a close friend of his fiancee. Cummings said:

On Friday 24 April, the prime minister denied trying to block the leak inquiry. And he said the public could not “give a monkey’s” about such matters.

In relation to the refurbishment of the flat, Downing Street said the government and ministers had “acted in accordance with the appropriate codes of conduct and electoral law” throughout.

However, the Electoral Commission said that a month after it first revealed that it had contacted the Tory Party over a reported £58k donation in relation to the flat, those talks were still continuing.

According to a leaked email obtained by the Daily Mail, the Tory peer David Brownlow wrote to the party’s head of fundraising in October 2020. This was to inform him that Brownlow was making a donation.

Brownlow wrote that it included “£58,000 to cover the payments the party has already made on behalf of the soon to be formed ‘Downing Street Trust’ – of which I have been made chairman, as you know”.

To date, no such trust has been formed.

A spokesperson for the Electoral Commission said:

Discussions with the Conservative Party continue as we work to establish whether any sums relating to the works at 11 Downing Street fall within the regime regulated by the commission, and therefore need to be reported and subsequently published.

The party is working with us on this.