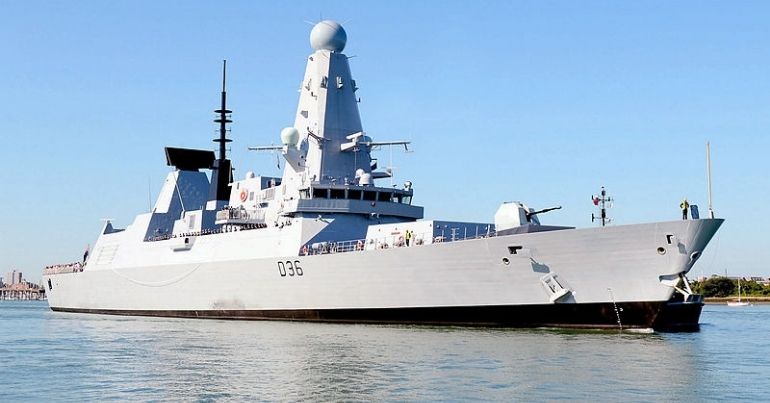 Secret military documents found at a Kent bus stop show us how British foreign policy works. The papers were reportedly found by a member of the public and then ended up with the BBC.

The documents contained important details of a naval confrontation between Russian forces and a UK warship. And an investigation is being conducted into their loss. The documents provide a brief snapshot of the UK’s international conduct and also ask serious questions about it.

On 23 June, the destroyer HMS Defender passed close to waters claimed by Russia. The ship had left Odessa, where UK defence firms had signed a deal with Ukraine to build military bases and supply patrol ships.

Aboard were BBC journalists. Defender found itself ‘buzzed’ by Russian aircraft and ships. The journalists filmed the events. And the entire incident was framed as one of Russian aggression.

However, the surprise discovery of the papers turns the UK narrative on its head.

Among the details revealed by the BBC after receiving the documents were plans for the Crimean mission, dubbed Op [Operation] DitroIte. And the BBC‘s reporting appears to show officials discussing possible outcomes of the ship’s passage. Their comments suggest that the UK sought an aggressive reaction from Russia.

A Powerpoint slide in the files shows two possible routes. One was close to Crimea and likely to attract what officials term a “welcoming party”. But the other did not pass through contested waters.

Alongside the military planning, officials anticipated competing versions of events.

We have a strong, legitimate narrative”, they said, noting that the presence of the embedded journalists (from the BBC and Daily Mail) on board the destroyer “provides an option for independent verification of HMS Defender’s action.

The BBC was cagey about what it disclosed. On the arms exports its says:

The bundle includes updates on arms exports campaigns, including sensitive observations about areas where Britain might find itself competing with European allies.

The files also suggested that high-level discussions were underway about Afghanistan troop deployments after withdrawal this year.

Because the US appears to have requested UK special forces troops stay in the country after withdrawal in 2021. The BBC reported few details, saying they could endanger lives.

The files acknowledged great danger to any troops who remain, for instance:

“Any UK footprint in Afghanistan that persists… is assessed to be vulnerable to targeting by a complex network of actors,” it says, noting that “the option to withdraw completely remains.”

Naturally, the BBC released very little about the files.

And it appears the Crimea incident was stage-managed at the British end to shape public perceptions. So it seems quite likely the BBC were onboard to report the UK narrative.

These files may only represent a snapshot. But subjected to stage-managed events like Crimea, it’s no wonder the public can’t easily understand Britain’s role in the world. Moreover, serious questions need to be asked about how the UK media works with the UK military.