The campaign for social media ID is fundamentally flawed - The Canary 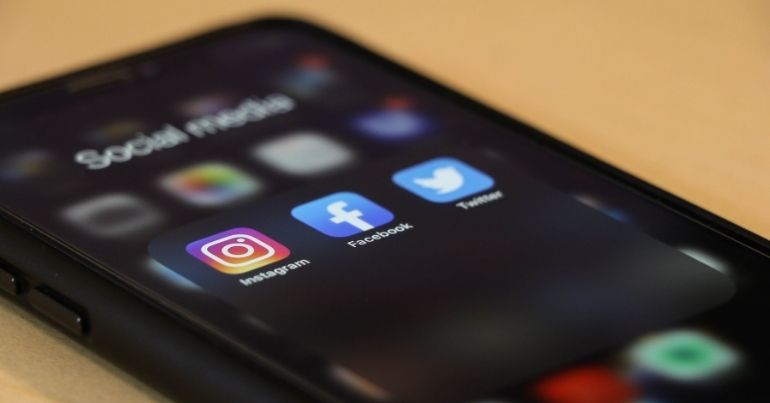 A petition urging the government to make verified ID a requirement for opening a social media account has gained over half a million signatures. Model Katie Price launched the petition in response to the abuse her son receives online. The government has provided a brief response suggesting they wouldn’t be in favour of the move. But the petition gained traction in July following the racist abuse of Black England football players after the team’s Euro 2020 defeat.

Although we need accountability for online abuse, this very well-meaning campaign isn’t helpful. Because it could result in denying many marginalised people access to a social media account. And it would give a draconian government greater powers to police our activity. If we want to see an end to vile online abuse, we must deal with its root causes.

We urgently need accountability for anyone spreading hate, racism, and abuse online. In many cases, anonymity serves as a cloak for trolls to hide behind. But as England footballer Marcus Rashford highlighted, some perpetrators are happy to put their face, name, and even their profession to the abuse. Having received ample racist harassment and abuse online, I can confirm that not everyone shrouds themselves with anonymity. Anonymity isn’t the problem here. Social media isn’t even the problem here. Individuals feeling emboldened to send racist abuse online is just a symptom of the deeply racist society we live in. If we don’t work to tackle structural racism at its root, online abuse will inevitably prevail.

The Electoral Commission found that 8% of the UK electorate – over 3 million people – don’t have any form of photo ID. That doesn’t even account for those who aren’t eligible to vote. As campaigners challenging the government’s plan to introduce voter ID have highlighted, those who don’t have ID tend to belong to marginalised groups. These groups include People of Colour, disabled people, homeless people, immigrants, refugees, undocumented people, people seeking asylum, and non-binary people. Many people can’t afford ID. Passport fees can cost up to £95.

The government is proposing free voter ID cards as part of the electoral change, and CitizenCard offers “reduced cost or free ID cards to the most vulnerable in society”. But introducing mandatory ID for social media is still has the potential to push vulnerable groups further to the margins as many people won’t be aware of this, will be scared to apply, or simply won’t apply.

In other cases, anonymity provides safety from harm. From domestic abuse survivors to whistleblowers, many people rely on anonymity online to protect themselves.

Another obstacle for community organisers

In spite of its many flaws, the beauty of social media is its relative accessibility. As the widespread resurgence of the Black Lives Matter movement demonstrated, it’s a powerful tool for grassroots organising on a local, national, and global scale. In the face of the systems and institutions that oppress them, marginalised people fighting for social justice are more likely to organise and build communities online. This is especially true for campaigners whose safety is often compromised when organising in public, such as People of Colour, sex workers, LGBTQI+ people, and disabled people. The coronavirus (Covid-19) pandemic has only exacerbated this.

With its draconian Police, Crime, Sentencing and Courts Bill, the government has made it clear that any opposition to the establishment – particularly from marginalised people – will be met with aggression. Having ID linked to social media accounts would give the authorities greater powers to police and surveil our social media use. Predictably, organisers from marginalised groups would likely bear the brunt of this. In the wake of the Euros 2020 backlash, social media companies have been working with police, handing them the details of accounts connected to racist abuse against England football players. Police have made four arrests so far. If this power was weaponised against activists seeking to disrupt the status quo, the consequences could be devastating.

Hussein Kesvani has warned that “mandatory ID verification would allow certain politicians to act as if the issue had been solved, leaving underlying causes untouched”. Indeed, it would be a helpful tick-box exercise used by the government to prove that it has tackled racism. This move would leave the racism of the state and its institutions perfectly intact.

The same goes for white society at large. I’m glad to see the outpouring of support for England’s Black players, who have demonstrated unity, integrity, and determination on and off the pitch. But I have become disillusioned by endless performative displays of ‘solidarity’ followed by inaction. Angela Epstein has already weaponised the turnout of white supporters at Rashford’s mural to argue that this isn’t a racist country. I feared that would be the case, and predict that once the furore dies down, so will the widespread support for Black humanity and dignity.

We must hold the government, social media platforms, and online abusers to account. But rather than well-meaning, short-sighted attempts to curb online anonymity, we should be working to disrupt and dismantle the systems of racist oppression that created the conditions for the ugly Euro 2020 aftermath. That means turning out in droves to support and uplift marginalised people regardless of their merits or mediocrity, not just talented football superstars.