£195m on new killer robots, but a meagre 3% pay offer for nurses - The Canary 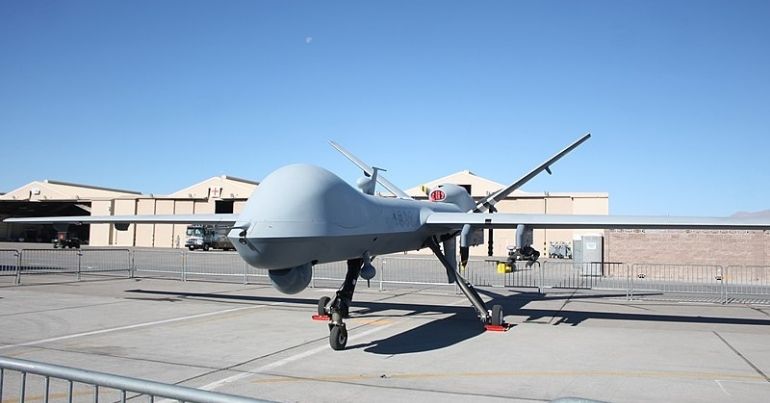 Just days after NHS workers recoiled at a meagre 3% pay offer from the government, the Tories are set to spend £195m on killer drones. After 18 months of living through a pandemic, with its terrible toll on healthcare and other frontline sectors, this is insult on top of insult.

UK Defence Journal report that thirteen more war drones will be added to the existing fleet of three. After an unconvincing rebrand in 2016, the aircraft are now known as ‘Protectors’. The truth is they’re built from the same model as the infamous Reaper drone, which have terrorised the Middle East and Central Asia for years

The contract for the additional 13 Protector aircraft, taking the total to 16, is a major milestone for the UK.

When Protector enters service in 2024, UK defence will take an enormous jump forward in capability, giving us the ability to operate globally with this cutting-edge, highly-adaptable platform.

Certainly some parties absolutely will benefit. For example, General Atomics Aeronautical Systems Inc, the global arms firm which aims to have the drones in service by 2024.

And once again, while key workers on the frontlines lose out, British militarism goes on a spending spree.

In a vaguely sensible country, the £195m destined for the accounts of arms firms would be spent on something of social value. For example, it could cover training for an estimated 1,176 doctors. It could also cover one year’s salary for 7,583 new teachers outside London, or the annual wages of around 6,138 trained firefighters.

Yet, at a time when some nurses are still relying on foodbanks, tens of millions are available for the next set of military toys.

This has to be a question of priorities.

Military equipment isn’t the only area enjoying massive injections of cash. £195m is a mere drop in the pond of Matt Hancock’s controversial Track and Trace Scheme. Some estimates put the cost for that at £37bn.

And yet there’s a clear pattern. There’s always money for the next million or even billion pound arms project – be it for drones, tanks, or aircraft carriers. But while arms firms fill their pockets, nurses and teachers have to fight for every last scrap.