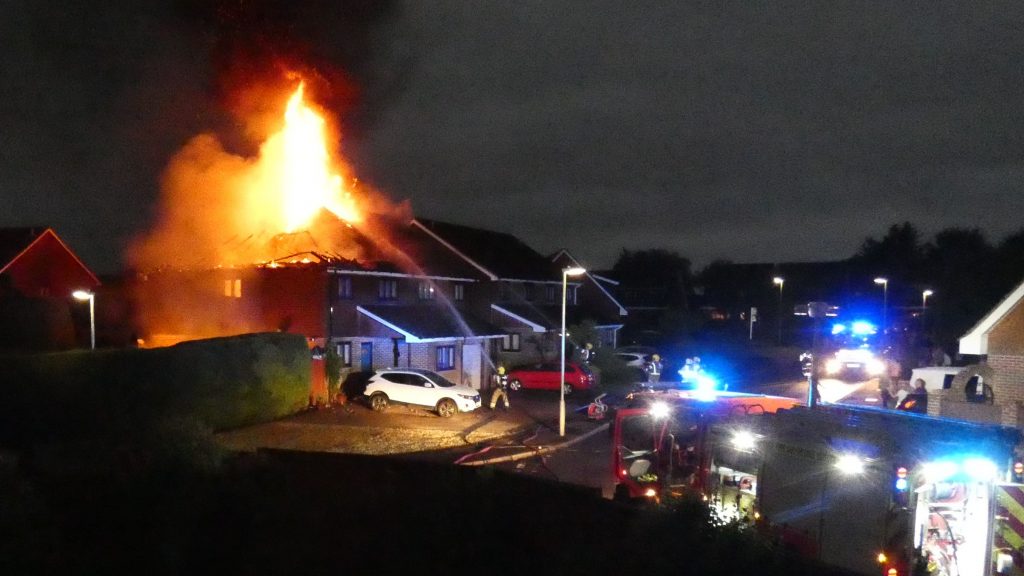 A witness has described how his neighbours escaped unharmed after a lightning strike caused the roof to collapse and flames to spread through two semi-detached houses.

Paramedics assessed a 70-year-old woman after the strike severely damaged the two houses in Andover, Hampshire, on the morning of Saturday 24 July.

The incident came as storms hit the south of England, bringing the recent heatwave to an end. 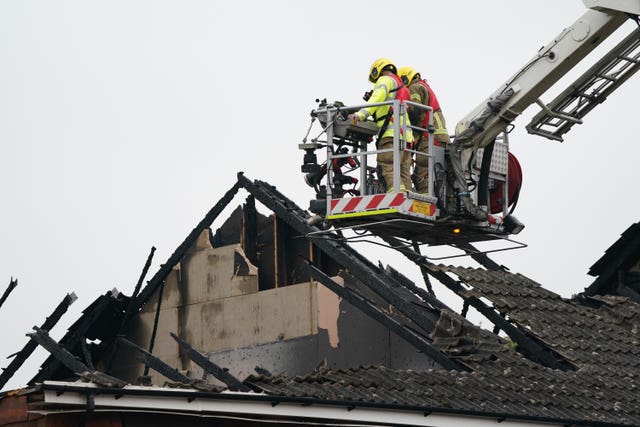 There was this enormous bang, it was obviously the lightning, I think it woke the rest of the street up. I saw the flickering and when I looked out I saw the roof of the semi-detached house completely ablaze and it had completely gone. The side that supports the roof, that collapsed as well and then the flames spread into next door.

He said that two sisters live at the property and one was checked over by ambulance crews.

It’s been a busy night for Amesbury.

The lightning strike came after the Met Office warned of thundery conditions for southern and central areas, with yellow weather warnings in force during the weekend.

A thunderstorm warning is in place until 10pm on 24 July, with the possibility of heavy rain that could cause disruption and flooding. There’s also a risk of large hail falling in a few places. And where there are heavy downpours there could be up to 35mm of rain falling within an hour, bringing the risk of flooding.

A second yellow warning for thunderstorms shifts the focus away from the far South West. But it still covers much of southern England, parts of central England and the far south east of Wales, running from 9am on 25 July through to midnight. Forecasters said some of the heaviest showers are expected in the South East in the morning, before falling more widely across the warning area as the day goes on.

There is the potential for up to 80-100mm of rainfall to build up in some places over the course of the day. It will bring a risk of flooding and some poor driving conditions, with surface water likely on roads.

This more unsettled weather brings a risk of torrential downpours and flooding in some places.

Forecasters said the unsettled weather looks set to continue early next week, with more persistent rain expected for much of the UK.

A Met Office amber warning for extreme heat had been in place for England until midnight on 22 July. On 20 July, the met office issued its first ever extreme heat warning. It came after weather events in North America that saw extreme temperature spikes and forest fires; it also followed calamitous flooding across Europe. Scientists said the extremity of these events went beyond what they’d been able to predict.