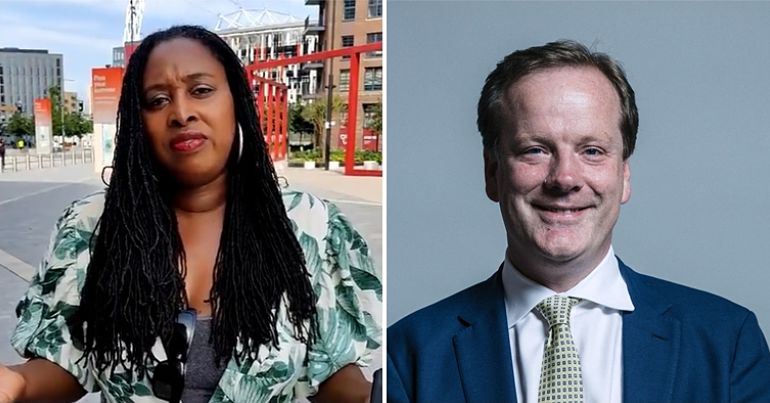 As reported in The Canary, Labour MP Dawn Butler was ordered to leave the House of Commons on 22 July. This was because she called prime minister Boris Johnson a liar.

Butler clearly explained how Johnson had lied – about growth in the economy, nursing bursaries, investment in the NHS, and the current pandemic. But it made no difference, and the speaker of the House barred her from parliament for one day.

Now, Butler’s hitting back. In a video released on social media on 24 July, she says she’s starting a campaign for change in parliament. In that video, she highlights the unfairness of her receiving the same one-day-punishment as three Tory MPs. This is despite their offences being way more serious.

Five Tory MPs broke parliament’s ethics code when trying to “improperly influence” two judges. But just three of the five received a ban. The other two simply had to apologise.

As reported in the Mirror:

The MPs had asked the judges not to release character references for Charlie Elphicke, a former Tory MP jailed for two years for sexual assault.

In a joint letter on House of Commons stationery in November 2020, they claimed releasing the character references could have a “chilling effect and harm the criminal justice system”.

how this government and their MPs treat women is appalling

And she repeated the fact that Johnson’s a liar:

He’s lied his whole life. He lied to the Queen when he lied about why he was closing down parliament. He got sacked from his job as a journalist for lying, for making up quotes from people.

Three Tory MPs were suspended for just one day after trying to influence a judge in a sexual assault case.

This is the same punishment I received for calling Boris Johnson a liar, which we all know to be true.

How is this fair? Things have to change! pic.twitter.com/5NDsjhDUQL

So we know he’s a liar. But protocol says that we can’t say it before the house of parliament. I can’t call him a liar, but he can be a liar. Things need to change. And that’s why I’m starting a campaign to change parliament

When the House of Commons speaker ordered Butler to leave, social media erupted in support of Butler. It seems her comments about Johnson’s relationship with the truth resonated with many people:

Dawn Butler gets kicked out of the House of Commons for the rest of the day for calling Boris Johnson what he is, a liar.

Meanwhile, hero @DawnButlerBrent gets kicked out parliament for telling the truth.

What. A. WEEK! See you all tonight with hosts @Hardeep_Matharu and @peterjukes

This feels a bit like a turning point.
We all know #BorisJohnsonIsAliar and it was great to hear Dawn Butler say it in the HoC.
I don't care about etiquette, she spoke the truth, if that means she gets kicked out then so be it.

Yet @DawnButlerBrent gets kicked out for telling the truth. @CommonsSpeaker there needs to be a change or you will be responsible for bringing the house into disrepute. https://t.co/jFguZeslBa

The very idea that someone would get kicked out of the House of Commons for saying what Butler said confused and shocked most people. But it’s hardly the first time a female Labour MP has had to deal with this kind of contradiction regarding ‘proper parliamentary behaviour’. To go through a list of such events in their entirety would simply take too long.

The reform Butler is calling for is therefore hardly surprising and long overdue.