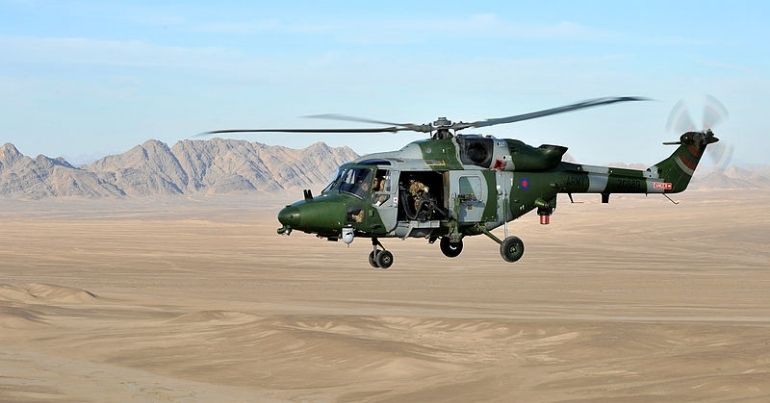 As a veteran of the war, and a journalist who has reported from the country, the endgame in Afghanistan is a bizarre and rather personal spectacle.

To see generals and politicians who were involved in the disaster finger-pointing at each other, even as the UK deploys troops to evacuate the last remaining Britons, demeans the tragic human story of that country.

The news of the rescue mission comes as the Taliban take territory at an alarming rate. The latest major city to fall is Kandahar, the insurgent group’s spiritual home. One report suggests that Kabul could fall within 90 days. Or perhaps even within a month.

Nearer to home, the same sorts of people – and, in some cases, literally the same people – who oversaw the disaster for decades have picked out US president Joe Biden as the culprit.

Biden’s decision to pull out, they claim, risks plunging the country into chaos.

I am hardly a fan of Biden, who on matters of war is as imperialistic as a Bush, an Obama, a Trump, Blair or Cameron. But those protesting loudest are just as implicated.

To name just a few, the finger-pointers include:

All of them say the decision to pull out (albeit, of a place the west never had any right to occupy) is a terrible one for all concerned.

Lord Richards, former Chief of the Defence Staff, tells @faisalislam that the UK evacuation of Afghanistan is an “admission of… a dismal failure of geo-strategy and of statecraft”#Newsnight

General Richards also attacked the UK government. As did members of the Murdoch press, which supported the disastrous wars throughout. Among those levelling blame at the UK government is the Times‘ Tom Newton Dunn:

Cabinet ministers wring their hands about Afghanistan’s fate, as if they’re powerless observers. They are not. Why is the UK Govt unwilling to lead a new international effort to save the country from the Taliban? What a rank betrayal of a people, as well as Britain’s 457 dead.

As political hip-hop artist Lowkey has correctly pointed out, it never had to be this way. Way back in the beginning, the 20-year conflict could have been avoided. And with it hundreds of thousands of deaths. Including those of several people I knew personally.

More people should be aware of this. https://t.co/7rkWQBkanJ

US journalist Spencer Ackerman, whose new book on the wars has just been released, makes a similar point:

Remember that the Taliban offered terms in December 2001. Donald Rumsfeld rejected them. Everything that followed made the Taliban stronger.

Elsewhere, NATO, which officially oversaw the US-led occupation for most of the 20-year period, announced that leaders would meet Friday to discuss the crisis. And in London, a Cabinet Office Briefing Room (better known as ‘Cobra’) meeting of senior ministers and military figures was announced for 13 August.

Amid the chaos, it seems likely the rescue party of troops will be from the Parachute Regiment. That’s ironic given that the unit’s deployment in 2006 led to years of fighting in Helmand province – the location where most of the UK’s 456 deaths occurred. I remember it well. I deployed with 16 Air Assault Brigade that spring.

What’s missing among the finger pointing is a little honesty about the events of that period. That deployment was neither necessary nor wise. Before 2006, the Taliban were a spent force. Their leadership had mostly fled to Pakistan – an ally of the UK and US whose intelligence services consistently support the Taliban to this day.

I have no doubts that that deployment – codenamed Operation Herrick – led us to this point. Our presence there became a lighting rod for an insurgency which previously had not existed. And it set the pattern for the following years, energising locals against our unwanted presence.

And I am aware today that the reasoning behind the 2006 deployment was deeply hubristic: the British had failed in Iraq in American eyes. This left the British desperate for another theatre in which to prove their usefulness to the US. Helmand, with horrific results, was that opportunity.

And, as fate would have it, the army brigade which lobbied successfully for a new deployment was my own. Within months what was framed as a peacekeeping-style operation had turned into a brutal counter-insurgency war.

This background, just one of the important details missing from the analysis of people like Richards, Tugendhat and Stewart, is key to understanding how we got here.

Their arguments for pulling out being a bad idea forget to mention that we never had any right to be there in the first place.

Their disingenuous appeal to humanitarian ideals ignores the fact that the UK isn’t in the business of morality when it comes to international affairs.

And their placing blame on particular governments or leaders skips over the fact that they themselves were happy to be key players in the disaster which is unfolding today.