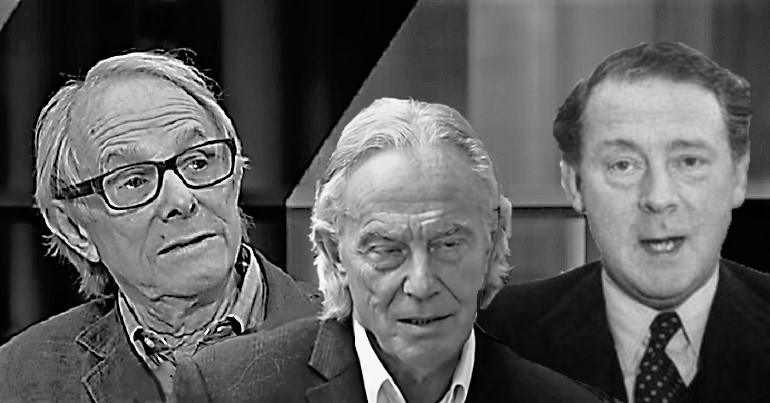 The Labour Party’s expulsion of acclaimed director Ken Loach has been met with fury on social media. But the story represents a decades-long fight between factions in the party. Except this time, it may well be the end for the left wing as we know it.

Loach out of Labour

On Saturday 14 August, Loach tweeted news of the party expelling him. He said:

Labour HQ finally decided I’m not fit to be a member of their party, as I will not disown those already expelled…

I am proud to stand with the good friends and comrades victimised by the purge. There is indeed a witch hunt… Starmer and his clique will never lead a party of the people. We are many, they are few. Solidarity.

It was predictable that Labour would expel Loach. This is because he sponsored a group the party recently banned. Labour said that the four proscribed groups were “not compatible with Labour’s rules or [its] aims and values”. As some people on social media pointed out, Labour saying Loach isn’t compatible with the party’s values is jaw-dropping.

A handful of Labour MPs tweeted in support of Loach. But as the Times‘ Gabriel Pogrund noted, the party seemed unrepentant. A “source close to Keir Starmer” told him:

When Keir was elected leader he said he would work tirelessly to make the party a welcoming [and] safe place for Jewish people. He remains totally committed to doing exactly that

Other people on social media were saying that Labour was right to expel Loach because of comments he made in 2017. People accused him of supporting Holocaust denial. But this wasn’t actually true. As The Canary‘s former editor-at-large Kerry-Anne Mendoza previously wrote:

Loach himself has cleared up the situation. But the party’s expulsion of him is part of a wider campaign.

The Canary has been documenting the ongoing purge. It seems that the Labour machinery is intent on destroying the left wing of its party. As journalist Jonathan Cook wrote, this is part of a wider agenda to maintain the corporate, capitalist status quo:

He added that their:

grassroots activism is the antithesis of a modern politics in which corporations use their huge wealth to lobby and buy politicians, who in turn use their spin-doctors to control the public discourse through a highly partisan and sympathetic corporate media.

And this kind of attack on left-wing thinking by the party machinery is nothing new.

As The Canary wrote back in 2016, attempts by the centre-right of the Labour Party to destroy the left wing have been happening for decades. As New Socialist wrote, it goes back as far as the 1950s with the election of Hugh Gaitskell as party leader and his “social-democratic revisionism”. This was, as New Socialist described:

calling into question the very fundamentals of Labourism as an ideology…

In other words, Gaitskell was trying to move the party away from socialism. Another example is from the late 1970s, when a Constituency Labour Party (CLP) tried to deselect its less-than socialist MP Reg Prentice. As author Hilary Wainwright wrote, the party machinery’s smear campaign kicked in:

overnight those who wanted Prentice to go were described as ‘extremists’, ‘bed-sit revolutionaries’, ‘members of the Trotskyist Militant’, ‘unrepresentative of the Labour voter’ and ‘enemies of democracy’. These descriptions, with the term ‘hard left’ added as a useful catch all, have stuck for any group in the Labour party which challenges established (especially parliamentary) power.

Prentice was eventually deselected. He went on to defect to the Conservatives, serving under Margaret Thatcher in her cabinet.

Fast-forward to 2016, and as The Canary predicted:

If [Corbyn] fails, then you can forget the idea of Labour ever leaning to the left again. His rise and fall will be cited forever as the reason why the party cannot try the “hard-left” experiment.

It will also have a knock-on effect on the whole of the left, more broadly – as his fairly polite form of social democracy will forever be painted as that of “Trots”, a “rabble”, and “militant”. Anyone beyond that sphere of thinking will be seen as positively Maoist from then on.

So Labour has been here before. And now, the left wing could be facing eternal marginalisation from the party. But where next for Starmer’s regime?

is on a precipice.

The coterie around Starmer have no intention of winning in 2024. They’ll lose for another decade if need be. This is about becoming the establishment’s b-team.

It’s hard to think otherwise. The left wing is being systematically and permanently destroyed. Starmer and Co have plotted a course back towards the corporate, capitalist status quo. So is now, finally, the time for anyone with socialist tendencies to leave the party and put their efforts into a more worthwhile project? The answer may well be a resounding ‘yes’.