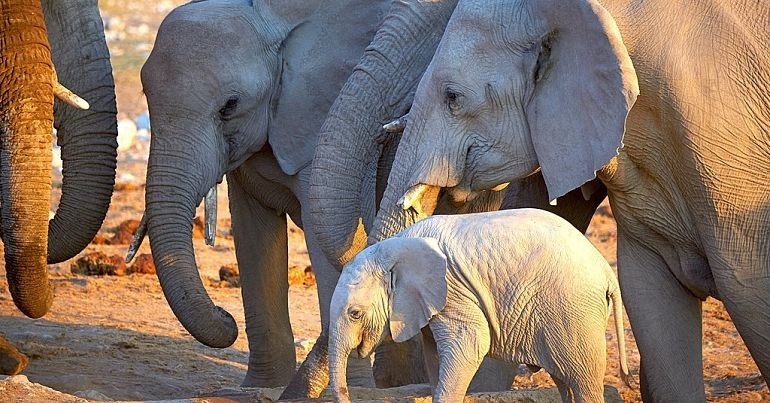 Update: This article was updated on 18 August to add in further comments regarding Namibia’s elephant population statistics.

Namibia confirmed on 11 August that it’s going ahead with a controversial sale of endangered elephants. Officials claim the sell-off will “minimise human-elephant conflicts” in the areas from which they’ll take the elephants. But an investigation threatens to derail this assertion, as it’s apparently found that such conflicts are minimal in most of the targeted areas.

News broke of Namibia’s proposed sell-off of 170 wild elephants back in December 2020 and caused an uproar. Despite opposition, the Ministry of Environment, Forestry and Tourism (MEFT) went ahead with its elephant auction in January. The auction appears to have turned into more of a fire sale, with MEFT confirming that it has sold a total of 57 elephants and generated $5.9m NAD. That amounts to around $103.5 NAD, or approximately £5k, per elephant.

For comparison, Zimbabwe said it sold elephants at a price of $31-41.5k USD each between 2016 and 2019. Moreover, some importers in those Zimbabwean elephant trades claimed they actually paid around $125k per elephant.

MEFT said that confidentiality clauses inhibit it from revealing the identities of the three buyers of the elephants.

Explaining the rationale behind the sale, the department’s spokesperson Romeo Muyunda said:

With this auction, we intend to reduce elephant numbers in specified areas to minimise human-elephant conflicts, which has become persistent, leading to extensive damages to properties, life losses and a disruption of people’s livelihoods,

FFW has recently conducted an on-the-ground investigation into the situation. Its findings challenge Muyunda’s assertion that the removal of the targeted elephants will minimise negative interactions between them and humans.

Such interactions can involve injuries and loss of life on both sides, along with damage to people’s property and livelihoods. Any lack of peaceful coexistence between the two parties is commonly referred to as human-wildlife conflict (HWC) or, in the case of elephants, human-elephant conflict (HEC).

It does not make sense that the only possible solution to the ‘human-elephant conflicts’ is to export these animals (adults and calves) from Namibia. Moreover, these ‘conflicts’ are only observable in one area of the proposed capture sites – they are minimal in the other three areas earmarked for capture.

FFW’s investigation also surveyed people living in these areas. Locals told the organisation that they seldom benefit from wildlife “management” of this sort.

Critically, FFW asserts that, in conducting the sale, Namibia would be violating international wildlife trading rules. That’s because MEFT has confirmed that Namibia is exporting 42 of the elephants outside of the country.

The Convention on International Trade in Endangered Species of Wild Fauna and Flora (CITES) is the UN body that determines the trading rules for elephants, and thousands of other wildlife species. CITES lists species in three appendices, essentially depending on how much at risk of extinction they are. It then sets out rules for trade of species in those different appendices.

Elephants range far and wide and therefore reside in different countries at various points. But when they’re in Namibia, they’re classed as an Appendix II species. CITES’ rules dictate that the Namibian authorities can only sell Appendix II elephants to “appropriate and acceptable destinations”. These destinations are limited to “in situ” conservation programmes.

The Canary contacted MEFT for comment. It didn’t respond by the time of publication.

Earlier this year, the International Union for Conservation of Nature (IUCN) announced that African savannah elephants are now endangered – and that African forest elephants are critically endangered. The Namibian authorities claim to have a healthy and increasing population of between 16,000 and 24,000 elephants, but some beg to differ. Namibian environmental journalist John Grobler has asserted that:

Elephant counts are always done by the same, small, NGO-funded group. Their methodology and the results are so far removed from reality they could be talking about a different country. …

There are likely no more than 6,000 elephants left in Namibia — if we’re lucky.

The biologist Keith Lindsay, however, told The Canary that wildlife surveys in the country dating back to the 1990s “show a clear and consistent trend of increase [in elephants] in the NE of Namibia, as the transboundary population has built up”. He added that the surveys use “a methodology that has been practiced and refined over decades in Africa and elsewhere”.

FFW has lodged its objections with the Namibian authorities over the planned sell-off of 57 elephants from its elephant population. It has also offered support for finding “better and sustainable alternatives”.

The organisation has additionally raised the issue with the CITES Secretariat, the body’s central authority. As The Canary has previously reported, however, CITES does not have a good track record when it comes to dealing with transgressions and rule-bending.

This situation offers the UN body an opportunity to turn that checkered history around.