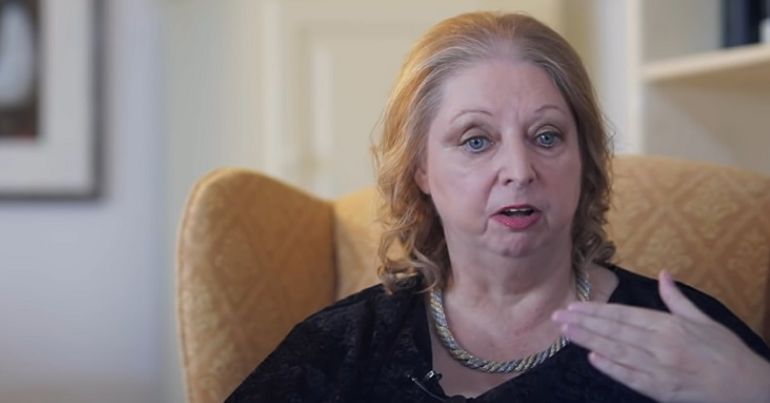 In an interview with Italian newspaper la Repubblica on 4 September, Booker prize-winning novelist dame Hilary Mantel said she hopes to become an Irish citizen. Mantel’s grandparents were Irish immigrants to the UK, so she hopes to reconnect with her family roots. And despite loving the part of England she lives in, she feels the need to “become a European again”. Mantel believes she “might breathe easier in a republic”. So what motivated this? Is that royal title finally weighing heavy?

But it’s ironic, is it not, for a dame to want citizenship of a republic? And at this time too. To be fair, she did speak out about the Tory/Lib Dem coalition’s position on refugees. But neither that government’s position nor the war-mongering, anti-refugee stance of other governments was sufficient for her to seek Irish citizenship before. More pertinent is that it’s an option not available to the refugees she claims to be speaking up for.

Mantel is right about one thing. This Brexiteer-government’s treatment of refugees and asylum-seekers is shameful. And, if Priti Patel’s Nationality and Borders Bill becomes law, potentially criminal. This shameful treatment is evident in how its currently dealing with Afghan refugees.

The UK has only promised to allow 5,000 refugees into the UK over the next year. Abdul Ghafoor, the director of the Afghanistan Migrants Advice and Support Organisation, said 5,000 isn’t enough when “there are millions of people suffering”. Ghafoor said the UK was “very tough towards refugees, especially Afghan refugees”. In the last 18 months, the UK has either refused entry or deported 177 Afghan refugees.

But that’s hardly new for this Tory government. As reported by Mohamed Elmaazi in December 2020, the Home Office kept 400 refugees and asylum seekers in “unsanitary, overcrowded, and degrading” accommodation in Napier Barracks in Kent. Residents at the former military base had been self-harming. They also said conditions “were prison-like” and worse than what they had fled. That barracks still houses refugees and has been the site of major coronavirus (Covid-19) outbreaks.

Additionally, in August 2020, Patel rightly faced criticism for attacking lawyers representing refugees. She said current regulations are “allowing activist lawyers to delay and disrupt returns”. Patel doesn’t seem to realise that words can sometimes be deadly. Such as in 1989, when a Tory junior minister claimed some lawyers were “unduly sympathetic to the IRA”. Belfast-based human rights solicitor Pat Finucane was murdered by the UDA (a loyalist terror gang) just three weeks later.

Not so ashamed of the past though?

But what’s confusing about Mantel’s position is that she wasn’t motivated to adopt new citizenship while living under prime ministers Thatcher and Blair. Having written a book of fiction on Thatcher – The Assassination of Margaret Thatcher – Mantel said Thatcher “was worth hating”. And that was in comparison to the current Brexiteer government – who are “not worth a story” – that have motivated her big announcement.

Yet despite such understandable loathing for Thatcher, Mantel didn’t feel compelled to seek refuge in the Irish republic during Thatcher’s tenure. Was it really that much easier to be British and feel European during the Thatcher years? Thatcher didn’t exactly have a free and easy relationship with Europe. Nor did she welcome refugees with open arms. And what of warmonger Blair?

Both he and Thatcher fought unjust and dirty wars from the coast of Argentina to Ireland – not forgetting, of course, Afghanistan. It was Blair who led us there this time around. And during the miners’ strike, Thatcher’s government launched a war on its own people. Then in her final years, she introduced the dreaded poll tax. Yet none of that seems to have affected Mantel’s view of citizenship. Nor did her accepting a title from a royal family whose global colonisation created suffering for countless refugees. In the interview, Mantel made no mention of handing that particular title back, either.

There can be very little doubt that this and previous governments have held the British people and refugees in utter contempt. That record is written in blood. Yet it’s only now that the dame chooses to rethink her citizenship.

All because she’s not happy that yet another British government is anti-refugee? But the real irony is this: just choosing citizenship of another country is a luxury not afforded to the refugees Mantel claims to empathise with. The fact that her views are a gross display of privilege appears to be lost on her.

It’s understandable someone would feel so ashamed of right-wing Brexiteers they’d want to adopt new citizenship. But to have already lived as a British citizen for so many years under right-wing, war-mongering, anti-refugee governments, and not do anything about it, just doesn’t stack up. Nor does the acceptance of a title from a family steeped in colonialism. In the absence of doing something concrete for the plight of refugees, I’m afraid this declaration of solidarity rings hollow.