Afghans call for extended families to also be evacuated - Canary 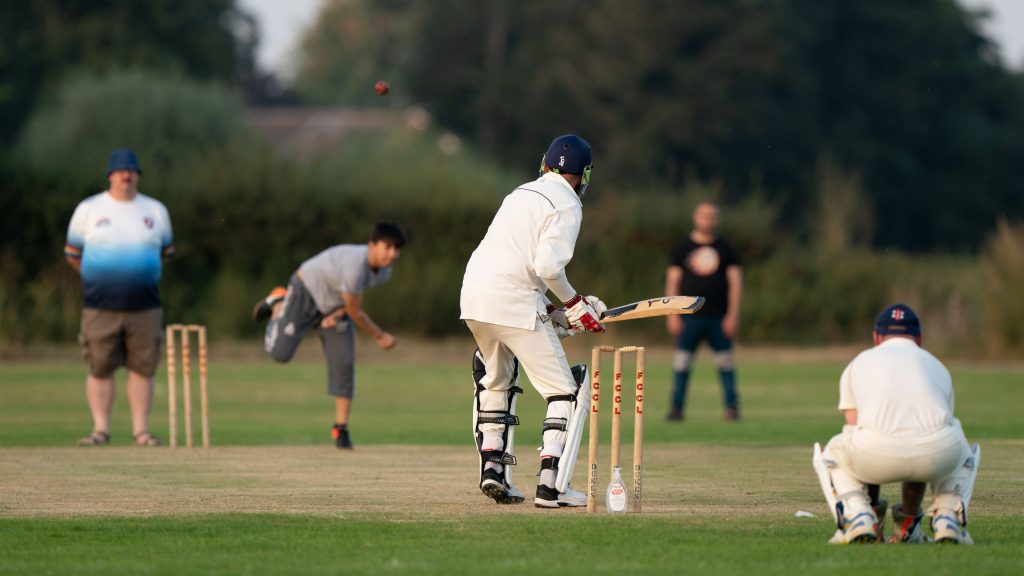 Afghans formerly employed by the British military who are now living in the UK have said home secretary Priti Patel owes it to them to evacuate their extended families too.

Nazir is a former interpreter and Shams worked as a communications officer at the British embassy in Kabul for 10 years. They said their employment with Western forces means the Taliban will target the relatives they had to leave behind. Both men were safely evacuated from Kabul at the start of August with their wives and children. They’ve been staying at a hotel in Newport Pagnell, Buckinghamshire, for more than a month along with hundreds of other Afghan families.

The small town’s Baptist Church and council have been leading the resettling effort. They had organised a cricket match to welcome the families on Sunday 5 September. Shams and Nazir were among the refugees playing the friendly but fiercely competitive game with locals. They expressed deep gratitude for the town’s support, but they could not shake grave worries for people left in their homeland.

We feel safe, and we appreciate the opportunity to be here. But some of my colleagues and relatives are in hiding from the Taliban.

They have been shifting their locations, but this is a very temporary measure… they are living in a life-threatening situation.

Asked if he feels the UK owes it to him to evacuate his remaining embassy colleagues and relatives, he said:

Yes. I just remind Priti Patel of her words, when she said that she owes a debt of gratitude to the Afghan people, I think that’s the best way to put it, and we really hope the UK will continue to try its best to evacuate the people who deserve it.

He added that his six children, aged between three and 14, are “very happy” in their temporary “second home”. And they’re “passionately waiting for their chance” to start school.

Nazir, 43, worked in Helmand between 2009 and 2012. He said his family of nine had to relocate 12 times in Afghanistan “due to being threatened by the Taliban”. Now he fears for his brother and sister-in-law who did not manage to escape. He said:

I have spent 43 years in my homeland with my relatives and my countrymen so it was really very, very difficult for me to leave, but I was compelled with my family to leave, because we have to live.

One thing, to be very clear, the Taliban can’t be trusted… so we have deep concerns about our family left behind in Afghanistan. (My relatives) are being tortured, mentally tortured, threatened and they are being intimidated, asking them where we are, because they have got our list according to the information on social media, the Taliban have access to some of the interpreter list data…

We will keep on trying to evacuate them from Afghanistan… but the process still belongs to the Government.

Shams added that their own lives are still in limbo because they’re due to be relocated from Newport Pagnell. The Home Office has “not entertained questions” about when they can expect a permanent home.

Speaking about life in the hotel, he said:

The noise levels are not manageable, and we also have difficulty when it comes to creating a bank account…

We really request them (the Home Office) to expediate and speed up the process to help us find suitable housing and start our life properly.

The tricky bit is that you can’t do anything.

I can’t apply for a job because you don’t have a permanent address. You don’t have the status or the residents’ card so we really need to be moved to houses.

Nazir said that although their stay is temporary, the welcome his family has received in Newport Pagnell has been “outstanding”. He described the people as “fabulous”.

Minister for the Newport Pagnell Baptist Church Steve Wood was among the locals playing cricket on Sunday. And he’s been a key coordinator of the Afghans’ settlement in their town. Wood said:

It’s been a privilege to get to know these families.

These families that have arrived from Afghanistan are just people like you and I and to get to know them and support them in this way and to help the community do that has been one of the biggest privileges I’ve ever had.