The truth behind the UK's refugee 'resettlement' plan - The Canary 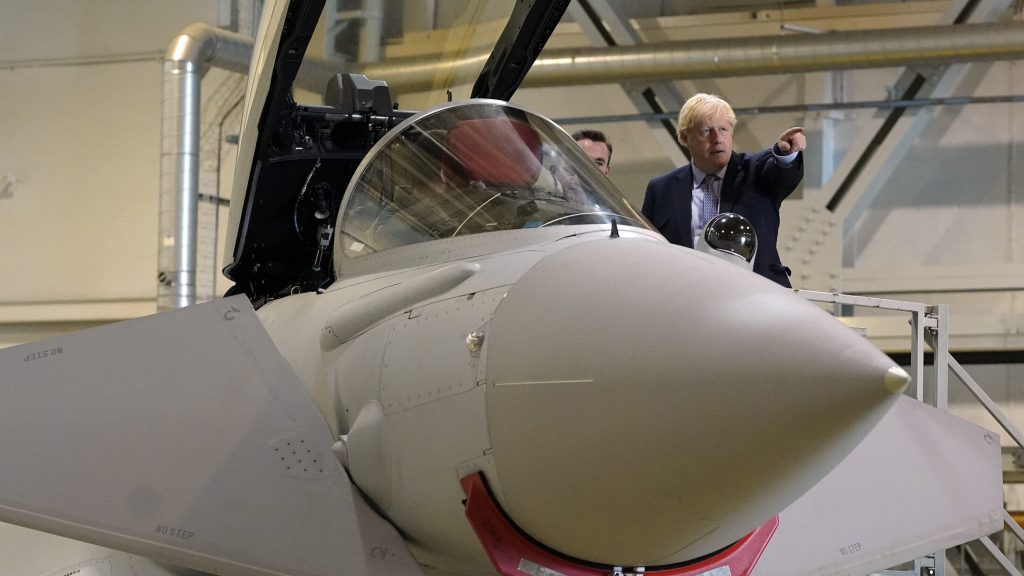 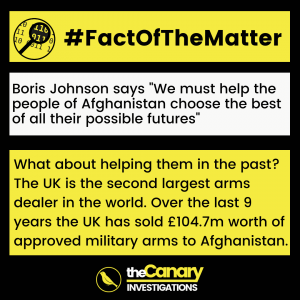 The UK government has plans to allow thousands of refugees from Afghanistan to resettle in the UK following the Taliban occupation of Kabul.

Once again, we’re here to set the record straight:

In 9 years, the UK sold £104.7m worth of approved military arms to Afghanistan.

The UK remains the second largest arms dealer in the world, selling £17bn worth of weapons to countries who are on the Foreign Office’s own list of “human rights priority countries”.

This government continues to sell arms to almost 80% of countries under sanctions and embargoes because of scale of human rights violations in them.

As a result of violence and threats to humanity, over 4m Afghans have been displaced, with over 18.4 million needing urgent support.

The #FactOfTheMatter is the government is responsible for some of what’s going on in Afghanistan.

The Home Office has already stated 5,000 former Afghan staff and family members are likely to be eligible for resettlement by the end of 2021. But, the arms trade has devastated the lives of Afghan citizens and created yet more refugees.

That’s the reality of the UK’s ‘re-settlement’ plan.