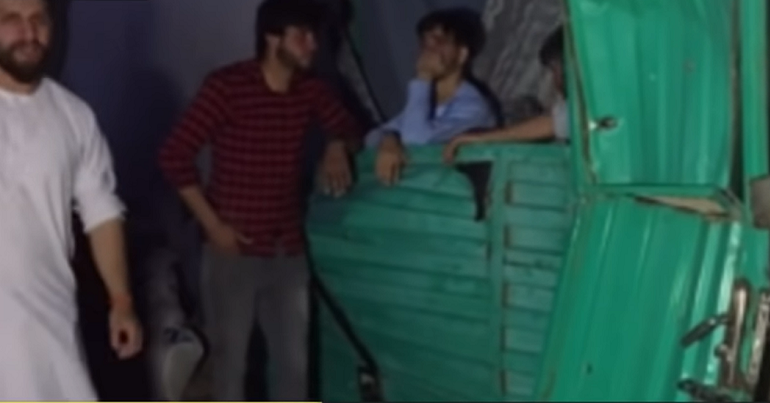 The US recently admitted that its drone attack in Kabul, perpetrated on 29 August, killed 10 civilians. Seven of them were children. The youngest victim, a toddler named Sumaya, was only two years old.

With this development has come a fresh wave of outrage against US military aggression. But the outrage means little without an outright rejection of the neoliberal system of which these strikes are a feature. It also means little if it comes from people who won’t acknowledge the Islamophobia inherent in the war on terror – and the dehumanisation of Muslim lives that it’s enabled and legitimised.

The US only helps itself

At the start of the 1987 Hollywood film Predator, American soldiers charge into an unidentified forest in Central America and indiscriminately gun down an entire encampment. Their aim was to save hostages, but their policy was to shoot first and ask questions later. More recently, The Suicide Squad similarly depicted US agents accidently gunning down a camp that later turned out to be ‘the good guys’.

The drone attack in question is a real-life example of this approach. The attack has turned on its head the notion that the US is, or ever has been, a benevolent protector of Afghan people. But moreover, this incident is symbolic of US foreign policy for at least half a century. Acts of military aggression instigated on claims of freedom, democracy, and justice are anything but. Whether the bogeyman is communism or terrorism, the objective remains the same: protecting US interests.

And in service of this aim, human life is reduced to collateral damage. Of secondary importance. Its loss is regrettable but necessary. The US attack on 29 August killed 10 people, none of whom were IS agents. Sorry about that, but oh well.

The non-value of Muslim lives

Moreover, a defining feature of drone strikes carried out over nearly two decades is that the targets have been Muslim countries. Afghanistan, Pakistan, Somalia, Yemen, Libya – all attacked in service of US interests. Although the justifications have been varied, they fall broadly under the ‘war on terror’ umbrella. And nothing exemplifies the concept of structural Islamophobia quite like the war on terror.

These strikes have killed as many as 16,901 people so far. And as many as 2,200 are recorded as being “civilians”. These are high estimates – but even if we were to take the lower estimates of these figures, what would that prove? The lives of 910 civilians are as valuable as the lives of 2,200 civilians. 8,858 extra-judicial killings is no better than 16,901.

And even if we consider confirmed non-civilian killings to be ‘justified’ targets, the killing of innocent civilians in pursuit of those targets is never justifiable. These people were not collateral. They were not mere statistics. They were human beings with names, and families, and aspirations. Hundreds of them were children. And regardless of the extent to which the media and Western superpowers may have dehumanised them, their lives mattered.

We need more than outrage

It won’t be long before the news cycle moves on to discuss something else. Drone strikes in Muslim countries, meanwhile, will continue. Nation states will keep chasing their tails, trying to fight ‘Islamist’ groups and radicalisation while refusing to look to their own disastrous policies. Yet the 7/7 bombers had said in no uncertain terms that military aggression against Muslim nations played a role in motivating them. For decades, the wars that benefit our governments have only put the rest of us at risk.

The war on terror killed those 10 civilians in Kabul on 29 August, seven of whom were children. Outrage is no longer enough. Anyone who continues to give credence to the war on terror – and moreover the counter-terror ideology that spawned in its wake – is complicit. Anyone that continues to support politicians who have presided over these drone strikes is complicit. And anyone who supports a neoliberal status quo that tut-tuts at civilian deaths in one breath while celebrating war heroes in the next is complicit.

Reject the system that created the war on terror, and all the senseless wars that may yet be fought in its name. The system that continues to dehumanise Muslims and render their lives worthless. Otherwise, your sympathies are meaningless.