Is the conviction a top fox hunter finally enough for UK landowners to ban hunting? - Canary 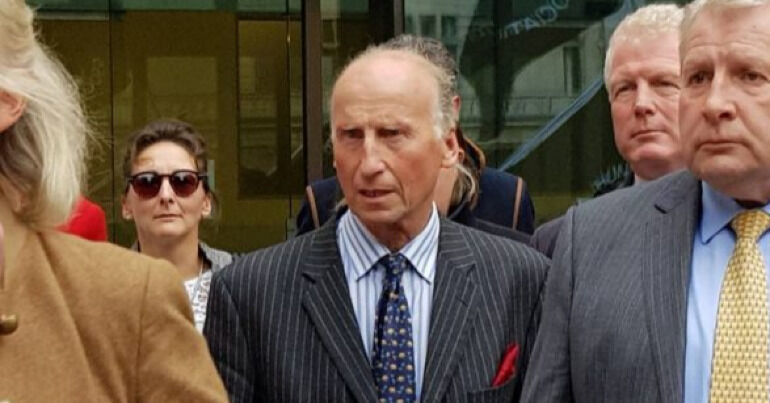 15 October saw a rare, beautiful moment, when one of Britain’s elites had the book thrown at him. Mark Hankinson, one of Britain’s leading fox hunters, was found guilty of “encouraging or assisting others to commit an offence under the Hunting Act”. Animal rights activists cheered as Hankinson was forced to face the public when he left court.

The case was brought against Hankinson after he was caught on film encouraging fellow hunters to break the law. In one video, Hankinson said that trail hunting was used as a smokescreen “to portray to the people watching that you’re going about legitimate business”.

‘Trail hunting’ is constantly used by hunting packs as a guise to go about real, illegal fox hunting. If they are trail hunting, packs lay an artificial trail for hounds to follow, instead of chasing a real fox. The webinars spelled out what activists have known all along: that since the hunting ban, packs have continued to hunt and murder foxes but have claimed they’re just trail hunting. Campaigners and hunt saboteurs have documented numerous acts of illegal fox hunting since the ban came into force.

Judge Tan Ikram summed up the case, saying that Hankinson’s words during the webinar were:

clearly advice and encouragement to commit the offence of hunting a wild mammal with a dog. I am sure he intended to encourage the commission of that offence.

The Hunt Saboteurs Association (HSA), which exposed the webinars to the public, celebrated the victory. It said:

Judge Ikram saw through it all. In a withering assessment of Hankinson’s attempts to explain away his lies, Judge Ikram “simply did not find him credible in any of his explanations of the words he used”.

As the HSA has been saying for sixteen years: trail hunting is a sham, a mirage and a smokescreen designed to disguise illegal hunting.

Hankinson’s punishment was ridiculously lenient. He was fined £1,000, which is pocket money to the majority of fox hunting elites, as well as £2,500 towards legal costs.

While the punishment was unduly lenient, this case well and truly puts to bed the charade that is trail hunting. The judge handing out the sentence couldn’t have summarised it any better, that trail hunting is a “sham and a fiction”.

When the recordings of the webinars came to light, some of Britain’s biggest landowners – namely the National Trust, Forestry England and United Utilities – suspended trail hunting on their land. They said that they would review their decision after the court case had concluded.

The Canary contacted both the National Trust and Forestry England to find out whether they will finally ban hunting on their land for good. The National Trust sent back their generic non-committal reply that they have released to all media outlets, saying:

As the court case has now concluded and the defendant has been found guilty, we will digest all the information that has arisen as a result of this investigation before making a decision on whether to resume the trail hunting licence application process.

Campaign group The National Dis-Trust made a public response, saying:

What’s to digest National Trust? The hunters have been caught out by the very top in the hunting world?

Don’t even bother meeting with the criminal organisation the (MFHA) Hunting Office, they have been proven to be liars. They even lied in a court of law. They can not be trusted.

Ban hunting now, the court have stated quite clearly trail hunting is a sham. Like we have been telling you since 2014.

It is time that landowners stood up for wildlife by standing up to the hunts, and ban all hunting on their land with immediate effect.

Forest England hasn’t yet replied to The Canary’s request for its stance on trail hunting.

It is essential, as the landowners deliberate on what to do next, that the public makes their opinion clear. We have had enough of these giant landowners protecting the elite. Now is their chance to step up and ban the charade of trail hunting for good.