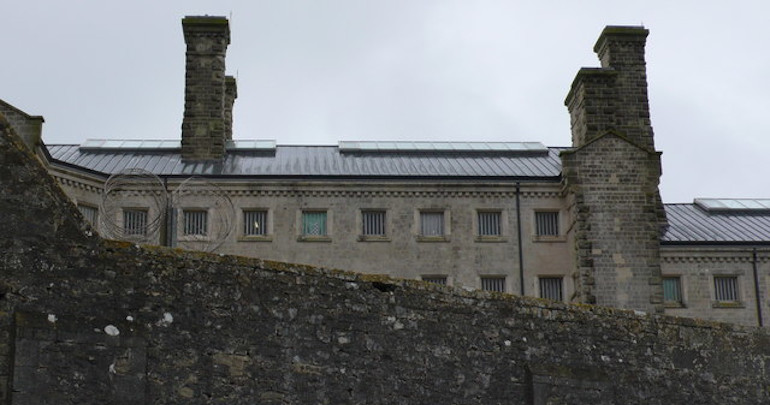 So far, 12 people have been sentenced to prison for the Kill the Bill demonstration that took place in Bristol on 21 March 2021. Their convictions range from arson to riot after they fought back against state brutality in what was some of the worst policing I have ever seen in the UK.

Eight of the prisoners are currently serving their sentences at HMP Portland in Dorset. Portland prison is an imposing fortress, built in the 1880s, designed to grind down those trapped inside. But on 9 January, activists from around the country travelled to Portland in solidarity with the prisoners. They made as much noise as they could outside the prison walls, unfurled banners, set off fireworks, and chanted to the prisoners that they weren’t alone.

One of the activists explained to The Canary why they had driven across the country to take part in the demonstration. They said:

Noise demonstrations like this are extremely important. We do this to remind those who have been imprisoned that they are not alone, and that the struggle continues on their behalf outside of the prison walls. People are not forgotten as soon as they are behind bars. They are bearing the consequences of the repressive laws that we are fighting against, and they remain a central part of our movement.

In response, prisoners waved from their cell windows, shouted back at the activists, and later on sent their love.

Since scenes of Bristol’s burning police cars were broadcast around the world, the state has been intent on saving face and showing its might. It’s doing this by making an example of those who dared to fight back against both police violence and the draconian policing bill being brought in. It hopes that by cracking down on the Bristol ‘rioters’, it will ensure that the rest of the population tows the line.

So far, 82 people have been arrested – most of them for riot – following the 21 March demonstration. 12 of them have now received sentences totalling over 49 years in prison, including Ryan Roberts, who was sentenced to a brutal 14 years in prison in December. Putting his conviction into perspective, the starting sentence for someone convicted of murder is 15 years.

Bristol Anarchist Black Cross, a group that supports prisoners, is urging the public to write to those locked up. It says:

Writing to prisoners is one of the most important acts we can do to break the isolation that prisons enforce on people. It can make a huge difference to prisoners knowing that people on the outside are thinking of them.

2022 will see many more court cases and potential convictions over the Kill The Bill demonstrations of 2021. And when the police bill passes, we’re likely to see a myriad of different arrests as the police get increased powers. This is a historical moment in British history, and will be remembered as a time when people either stood up for their rights or stayed silent while the state took our last freedoms away. There’s another Kill The Bill demonstration on 15 January: let’s make ourselves heard.