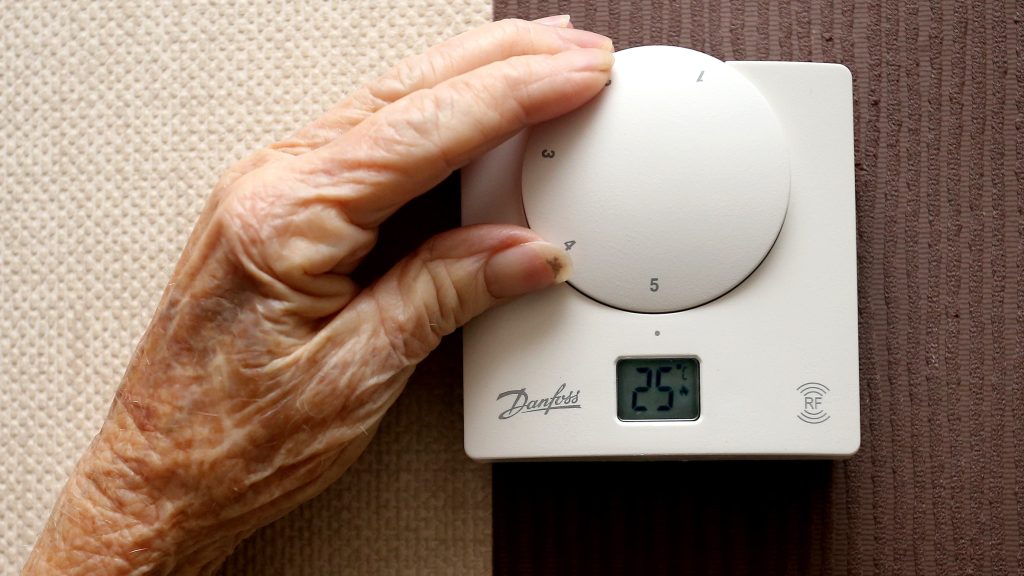 The predicted 50% rise in energy bills from April could trigger a national emergency for millions of older people, a charity has warned. Age UK has urged ministers to take immediate and decisive action on energy bills to “mitigate the potentially devastating impact of the escalating crisis”.

In a letter this week to business secretary Kwasi Kwarteng and work and pensions secretary Therese Coffey, the charity wrote:

We know that many older people on low incomes already feel under so much financial pressure that they are rationing their energy use, and this is causing us real concern.

For example, we have heard from older people who are too worried to use their oven and are living off soup and sandwiches instead, showering only every two days rather than daily, and constantly watching their smart meter and turning their heating off once their daily spending exceeds the meagre limit they have set.

Now that winter is well and truly upon us, it is all the more important that older people on low incomes have the confidence to keep their heating switched on so they can stay adequately warm over the next few months and protect their health.

This means that the Government must reassure them that, if they do so, they will not face an energy bill in the spring that will be beyond their means to pay.

The government’s price cap, which limits the amounts that suppliers can charge, is currently at an already record-beating £1,277. But analysts at Investec think this could go up to £1,995 on April 1.

The rises are due to a major spike in global gas prices, which have been pushed up by high demand around the world.

Age UK said rising inflation was already eating into the pensions of swathes of older people, but warned that the unprecedented hike in wholesale energy prices would be unmanageable for those living on low fixed incomes.

Older people are typically at home more than younger age groups and feel the cold to a greater extent, meaning predictions of a £600 bill increase is likely to be a significant underestimation for many.

The charity said cutting the five percent VAT from all households’ energy bills from April until at least the end of 2022 and providing additional payments of up to £500 to those on the lowest incomes could encourage vulnerable older people to keep their heating on this winter.

Some are switching off their heating to save money

The astronomical hike in energy prices now widely anticipated has already forced many deeply anxious older people on low incomes to turn their heating down below what is comfortable or advisable, with some switching it off altogether for some or all of the day and night.

Make no mistake, this situation will have a devastating impact on the health of our older population unless the Government intervenes quickly and takes their fears away.

Older people, particularly those living on low fixed incomes, urgently need reassurance from the Government that they can afford to keep warm when low temperatures demand it without going into debt – something most dread and will do anything to avoid.

Ministers will have to go considerably further than offering token gestures of financial support such as adding £10 per year to the Warm Home Discount Scheme from next year. Energy price rises on the scale we are now seeing are unprecedented and the Government’s response must be equal to the threat they pose to older people living on low and modest incomes.

Age UK is urging older people to call its free national advice line on 0800 169 65 65 before turning the heating off or down to check they are receiving all the financial support available to them, and to be aware that energy suppliers have a duty to offer support if people are struggling with bills or debt.

We are taking decisive action to help more than 11.4 million pensioners with the cost of living by providing Winter Fuel Payments of up to £300 per household.

This is on top of wider support which includes billions of pounds for households via the Energy Price Cap, Warm Home Discount Scheme, Cold Weather Payments, Household Support Fund, and freezes to alcohol and fuel duty.

Domestic fuels such as gas and electricity are already subject to the reduced rate of five percent of VAT.