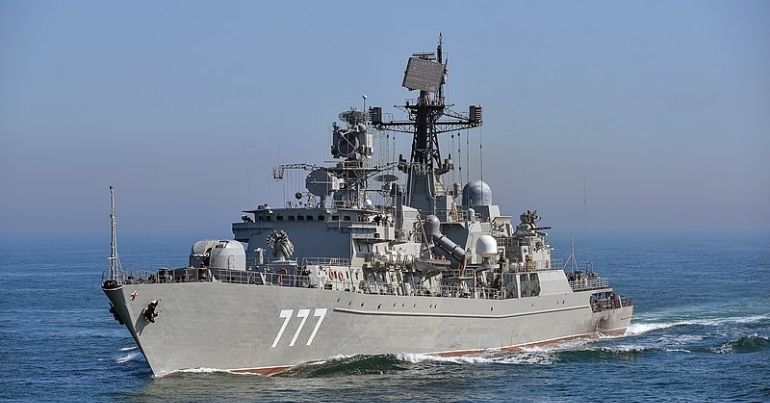 Private sector ships could be leased to stem the flow of migrants across the English Channel. At least, according to defence minister James Heappey. In a flustered interview on LBC, Heappey said the extra ships would be used in the channel to stop refugee boats.

But there is a problem with this plan. Just weeks ago an ex-navy commander warned against virtually every aspect of it. And called for a move away from the rhetoric of ‘pushback’.

Heappey seemed to be saying up to ten ships, and an unknown number of smaller vessels, would be leased by the military. He seemed to think these would be manned by military personnel. Measures in home secretary Priti Patel’s new Borders bill (here’s our take on this racist legislation) could then be used to arrest refugees “in the channel.”

But Heappey’s comment were confused. And they contravened the advice of a former navy commander called before the defence select committee just weeks ago. However when pressed on who would be arresting refugees. Heappey admitted the Navy’s sailors and marines had no legal power to do so.

Heappey also said that navy platforms were too big to ‘cross-deck’ people from dinghies to ships. And that:

The plan was yet to be modelled, Heappey added, before suggesting 10 ships would be the upper end figure.

But let’s look at what Heappey has said in comparison to recent testimony at the defence select committee on this exact issue or ‘Operation Isotrope’ as the military calls it’s involvement in the anti-refugee effort.

The English channel is a busy global shipping lane, retired commander Tom Sharp warned the committee on 26 January. And he said that using boats to stop dinghies carried its own risk to life:

In my view, we need to move our mindset very slightly away from this idea of large boats or small boats coming alongside overladen rubber dinghies. You are creating a safety of life issue right there, even though you are trying to help.

There is a tremendous amount of risk just associated with what is being discussed, which is why I do not think it is the right solution.

Committee member Mark Francois asked about Rules of Engagement (ROE). This term usually describes the conditions under which the military can use violent force. Sharp did not approve:

Immutable laws of the sea

He also explained that it was “immutable” maritime law that mariners helped other mariners if they were in distress:

Francois then asked about “pushback” – the notion that small boats at sea could be turned around and sent back. Sharp rejected this terminology, and the ideas behind it:

I would be happy if the expression “pushback” were never used again. I cannot conceive of a situation where you are physically turning these ships back that is either legal or, perhaps more importantly, safe

Clearly the Tories love to sound hawkish on this issue. Refugees are one of their favourite punchbags to distract from internal crisis and appeal to their base. Former senior military officers would be the last place one would expect a nuanced view from. Yet the kind of views and plans put forward by people like Francois and Heappey have run aground on reality.

The evidence is that there aren’t enough actual navy ships for the job; that the whole belligerent framing of the debate around ‘pushback’ and ‘rules of engagement’ is wrong; and that putting even more ships into an incredibly busy shipping lane is, according to people who actually know, a really bad idea.

That’s before even getting into the heartlessness it takes to turn refugees away.