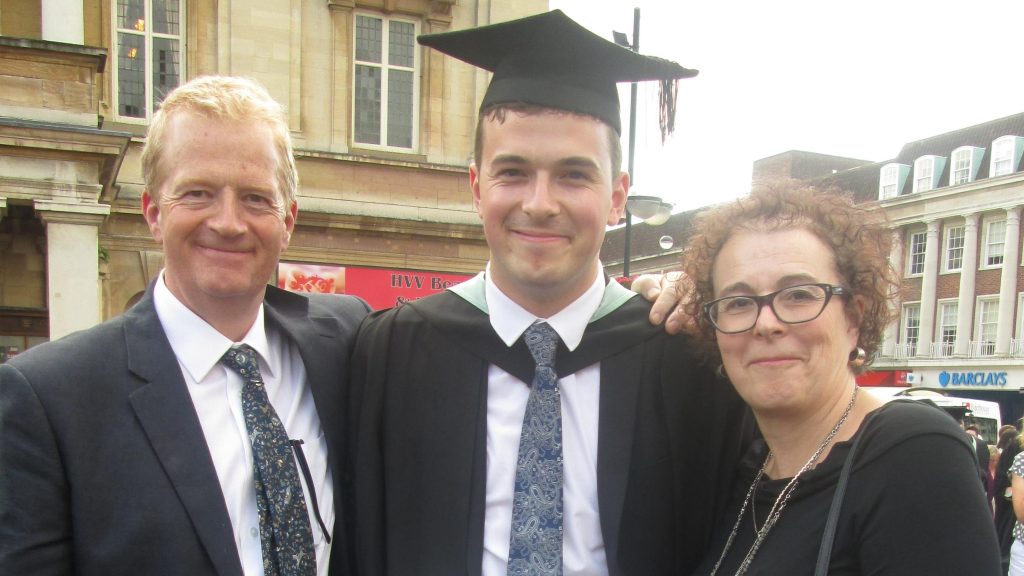 The parents of a 24-year-old gambling addict who ended his life have said changes to betting laws could save lives but have been delayed.

An inquest for Jack Ritchie is taking place this week. It will consider issues including the state’s involvement in his death, such as medical care he received and information he had about gambling risks.

Failures on the part of UK authorities

Ritchie was a Hull University history graduate. He was working as an English teacher when he died in Hanoi, Vietnam, in November 2017, after years of gambling problems dating back to his teens.

His parents, Charles and Liz Ritchie, have spent the last four years arguing that failures on the part of UK authorities to address gambling issues contributed to their son’s death. And they’ve been campaigning for reform through the Gambling With Lives charity which they set up.

The parents said Ritchie began gambling under-age at 17 when he and friends would use dinner money to play fixed-odds betting terminals (FOBTs) at a betting shop.

They believe an undiagnosed gambling disorder lay behind his death. And they’ve argued there were no public health warnings about the risk to life posed by gambling products. Moreover, they’ve said their son was not diagnosed or offered treatment that linked his symptoms to gambling disorder.

‘Every day someone else dies’

Jack’s inquest will give him respect and we’re very grateful that we have a legal process that will consider what happened to our son.

That there is a coroner listening intently to the evidence about his death is significant for us and for everyone who believes that gambling affected their lost family member.

The inquest comes at a time the Government is reviewing our gambling laws but continues to delay the changes which we believe will save lives.

We know the resulting devastation first-hand and every day someone else dies and another family is added to the casualty list.

In 2020, senior Sheffield coroner David Urpeth ruled that the inquest will investigate issues including the state’s provision of medical treatment to Ritchie and the information available to him and his family about the risks of gambling. The inquest resumes at Sheffield Town Hall on Monday 21 February.

Urpeth said the inquest would include looking at “what is the system of regulation around gambling” and “whether gambling caused or contributed to Jack’s death”.

A previous coroner, since retired, ruled in 2019 that the full hearing will be an “Article 2 inquest”. This means it can examine whether any arm of the state breached its duty to protect Ritchie’s right to life.

His family believes it’s the first time an Article 2 inquest has been held in a case relating to gambling.

The coroner has named the following as interested persons:

Witnesses from the Gambling Commission, DHSC, GambleAware and GamCare will give evidence to the inquest. And there will be testimony from a range of other experts.

Our thoughts are with Jack’s family at this difficult time and following this tragic case.

We will not comment further until the inquest and legal proceedings have concluded.